Pageau makes his mark in first game with Isles 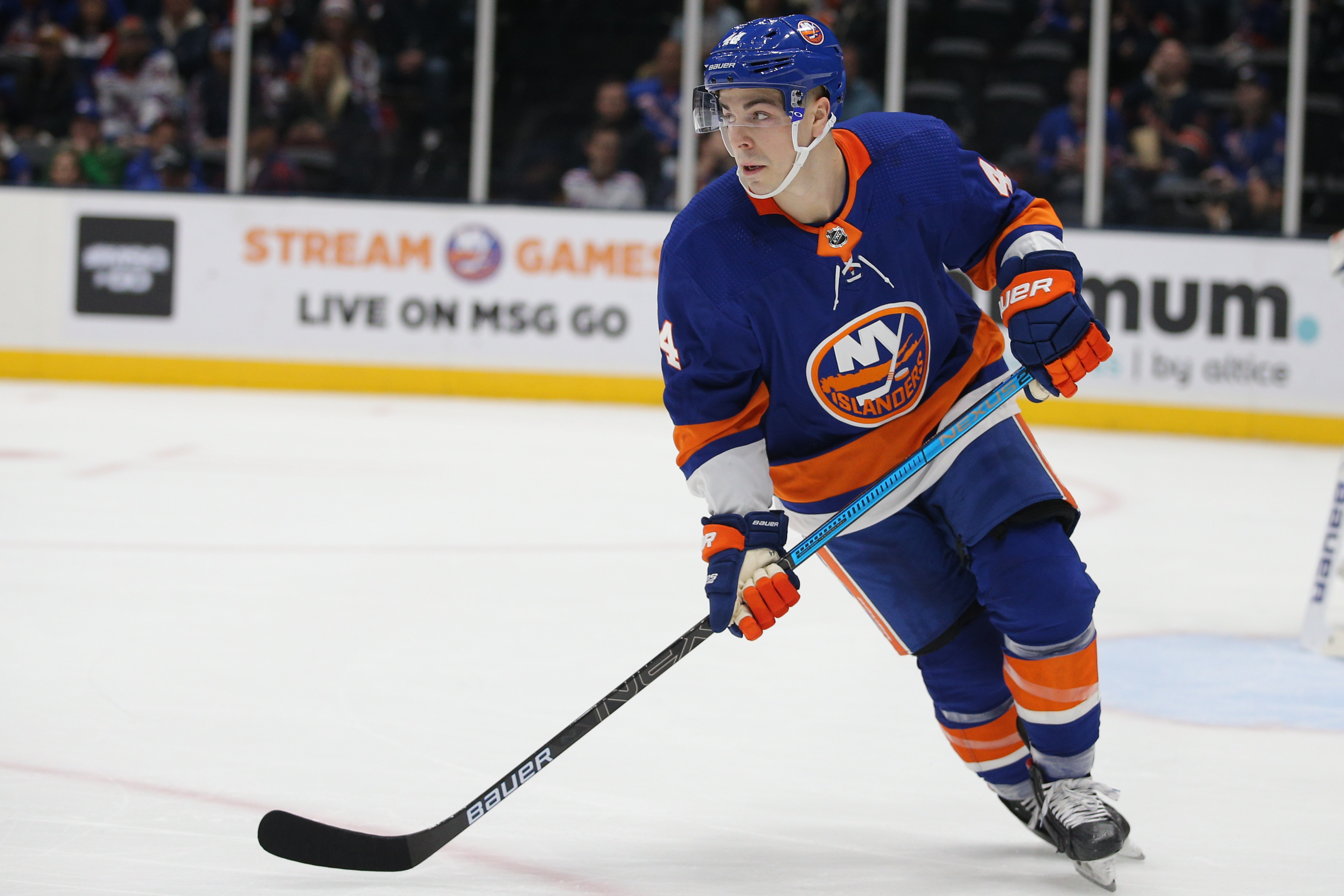 Pageau makes his mark in first game with Isles

UNIONDALE, N.Y. — When the Islanders picked up Jean-Gabriel Pageau from the Ottawa Senators on Monday, they expected him to be an impact player who fit into their team style of play. In his first game as an Islander, he seemed to live up to the billing.

Pageau scored the Islanders’ opening goal of the night and stepped in to defend new teammate Michael Dal Colle in the third period after he took a questionable hit from New York Ranger defenseman Jacob Trouba. All in all, Pageau endeared himself rather quickly to the Long Island faithful, who chanted his name to the tune “Olé, Olé, Olé” several times throughout the night.

"The organization, the team, all the players, really made me feel comfortable. Really made me feel like I was part of the family. Just to add to that, the fans did the same thing tonight, I feel very lucky to be here." – JG Pageau pic.twitter.com/bqCqPhRf9n

“It’s a warm welcome and I really appreciate it,” Pageau said. “The organization, the team, all the players here really made feel comfortable since day one. Really made me feel like I was part of the family and just to add to that the fans did the same thing tonight. I feel very lucky to be here.”

Pageau appeared in 12:07 of Tuesday’s 4-3 overtime loss to the Rangers at Nassau Coliseum. He played 1:28 on the power play and won 10 of the 14 faceoffs he took, and that’s without mentioning his second-period goal that helped cut the Rangers’ lead to 2-1 at the time.

A shot from the point by Ryan Pulock took an odd ricochet off the boards and went right to Pageau, who tapped in the easy goal with Alexandar Georgiev unaware of where the puck was.

But it was Pageau’s response to the high hit on Dal Colle that skyrocketed Pageau to instant fan favorite.

Pageau sent an outlet pass to Dal Colle, who got hit up high by Trouba as he was going across the ice. Pageau immediately went after Trouba for the hit.

“That’s a bad pass by me,” Pageau said. “The way the guys welcomed me here if it had been me that got hit I’m sure someone would have stepped up for me. I thought it was a high hit and that’s why I did it. I care about the guys here already and I’m lucky to be a part of a group like this.”

Pageau was hit with 17 minutes worth of penalties for defending his teammate by the officials. He got two for instigating, five for fighting and a game misconduct, which was enough to effectively end his night with 14:08 left in the game.

The performance was enough, though, to leave a good first impression among Pageau’s new teammates.

“He’s going to be a big piece for us,” said Brock Nelson, who also scored in Tuesday’s game. “He’s solid, looked comfortable out there, confident, got on the scoresheet and then stood up for a teammate. He’s only been here a day, but good on him and we’re going to love having him.”

A lot of the talk after the trade was about the haul the Islanders surrendered to Ottawa for Pageau. The Islanders sent a first and second-round pick in this year’s draft and a conditional third-rounder in 2022.

Islanders head coach Barry Trotz poked fun at some of that chatter after Tuesday’s game. Trotz said, amid an answer about Pageau defending Dal Colle, that picks are nothing and a lot of them never play.

“He’s impactful. You see how he changes our team in so many ways,”  Trotz said. “You saw the character. You saw how he plays, his smarts, all of that. He’s going to be impactful for us. I’m glad he’s on our side.”