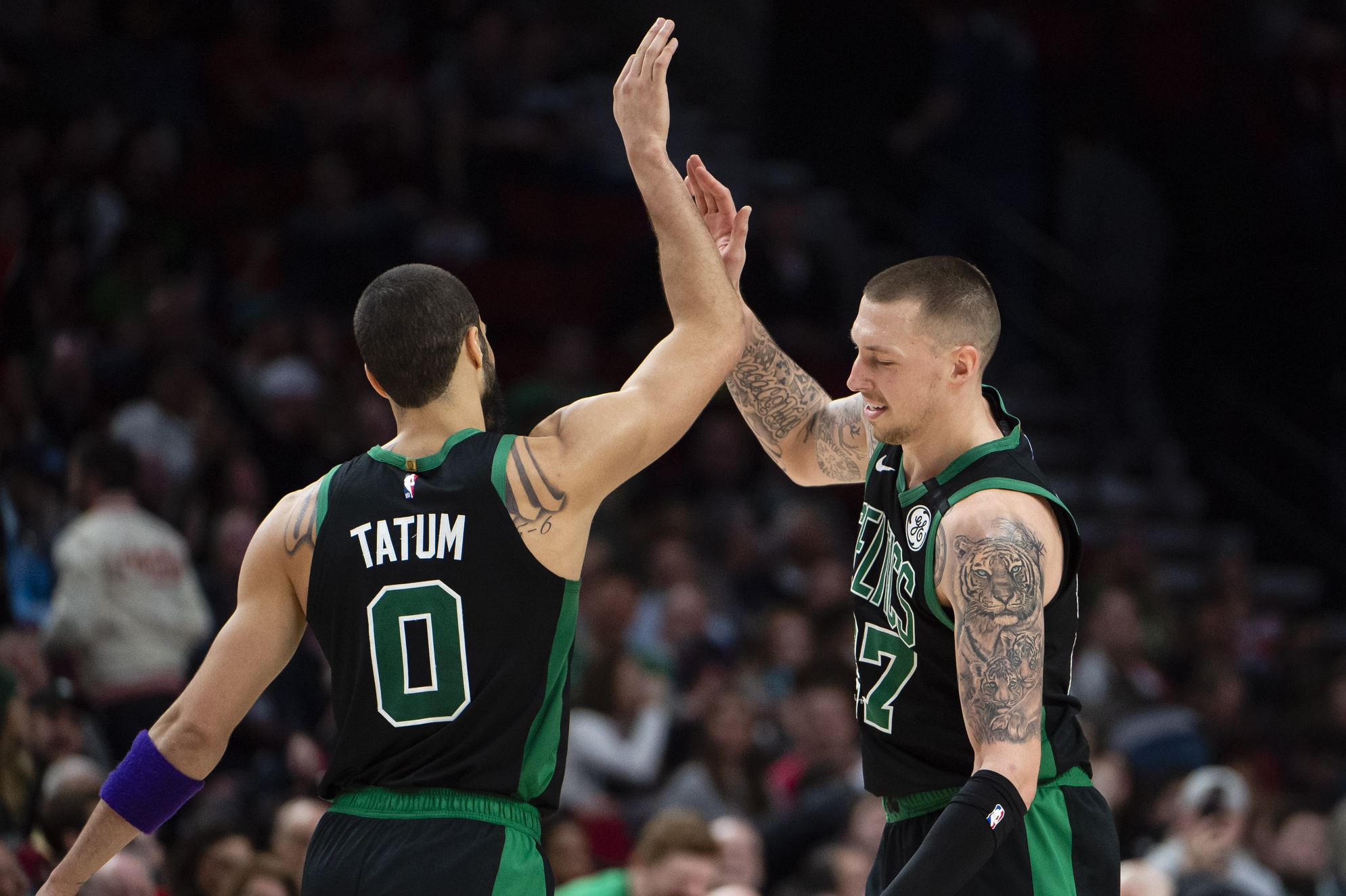 Brad Stevens postgame media session was held in a tight hallway in the Moda Center, blocking the path between the Celtics locker room and the team bus. After it wrapped, one of the Celtics coaches, as he tried squeezing by, said “you guys set better picks than Daniel Theis.”

It’s a nod to a guy who continues to do the dirty work for the Boston Celtics, clearing more driving paths for Boston in their win over the Blazers than your local snowplow driver during a Nor’easter.

We could easily continue to talk about Jayson Tatum until we’re blue in the face after the rising star dropped another 36 points last night in a 118-106 victory, but I’m here to get into the nitty-gritty. Daniel Theis has had a fantastic season thus far in what has been a really solid year for the third year pro (even though referees still hate his guts). He’s started 50 games and has been the anchor for a Celtics team who’s been thin up front all season. While his counting numbers have been up to snuff (8.8 ppg 6.5 rpg 1.6 apg and 1.3 bpg), it’s been about the little things he does night in and night out that make him so effective.

The seal is a lost art in today’s NBA as so many big men are more apt to bump out to the three-point line than they are to clear out space down low. Daniel Theis, on the other hand, uses it to his advantage and is able to make easy baskets for his teammates by doing so. Check out the work he does on these two plays to clear out Hassan Whiteside in order to free up Tatum and Wanamaker.

It’s such a small thing and one that you really wouldn’t think of as a part of winning but it truly has been. Getting in the way is one of the best skills you can have as a big man and it’s made things so much easier for guys like Tatum and Jaylen Brown going to the basket. Aron Baynes used to be great at it back when he was in green and Theis has picked up the slack this season.

Coach Brad Stevens gushed about Theis’ impact in the postgame:

He makes so many shot-blockers ineffective due to his ability to clear out the lane with either a great screen or a well-timed seal. He then rolls extremely hard off of these and gets a myriad of easy buckets from just being sound positionally. Another example of his ability to move off the ball is this play right here.

He not only sets a quality off-ball screen for Tatum but has the moxie to delay his cut for just a split second so Tatum can draw Whiteside out of the lane. It makes for easy buckets no matter if it’s for Theis or somebody else and Tatum appreciates the work of the big German:

“I told Theis I’m going to get something for his birthday,” Tatum joked after the game. “Like a watch or something. Especially for me, he opens the game up so much with getting me easy buckets. That opens the game up for me and he does it for everybody. That’s a thing that doesn’t show up in the stat book. Theis is that dude.”

It’s been refreshing to be able to lean on Theis this season and fun to watch his development. All this time we’ve been curious who the center of the future is for this team when he might have been right in front of us the entire time. Hopefully, Tatum can get Theis something nice, I’m sure he wouldn’t mind having a Rolex to flash around and add to his elite fits.

Page 2: Where Jayson Tatum sets another career-high as he catches fire in Portland

Jayson Tatum has been absolutely aflame lately and that didn’t change Tuesday night. He took over yet again and continues to demand respect from his peers. He’s got the feeling nowadays that he is THAT DUDE and that he can score on absolutely anybody, from anywhere on the floor, in any way he wants to. He’s been a different animal as he’s averaged an absurd 30.3 ppg on 50/49.5/77.8 shooting in 10 games in February. It should be interesting to see if he can keep it up tonight in Utah against a feisty Jazz defense.