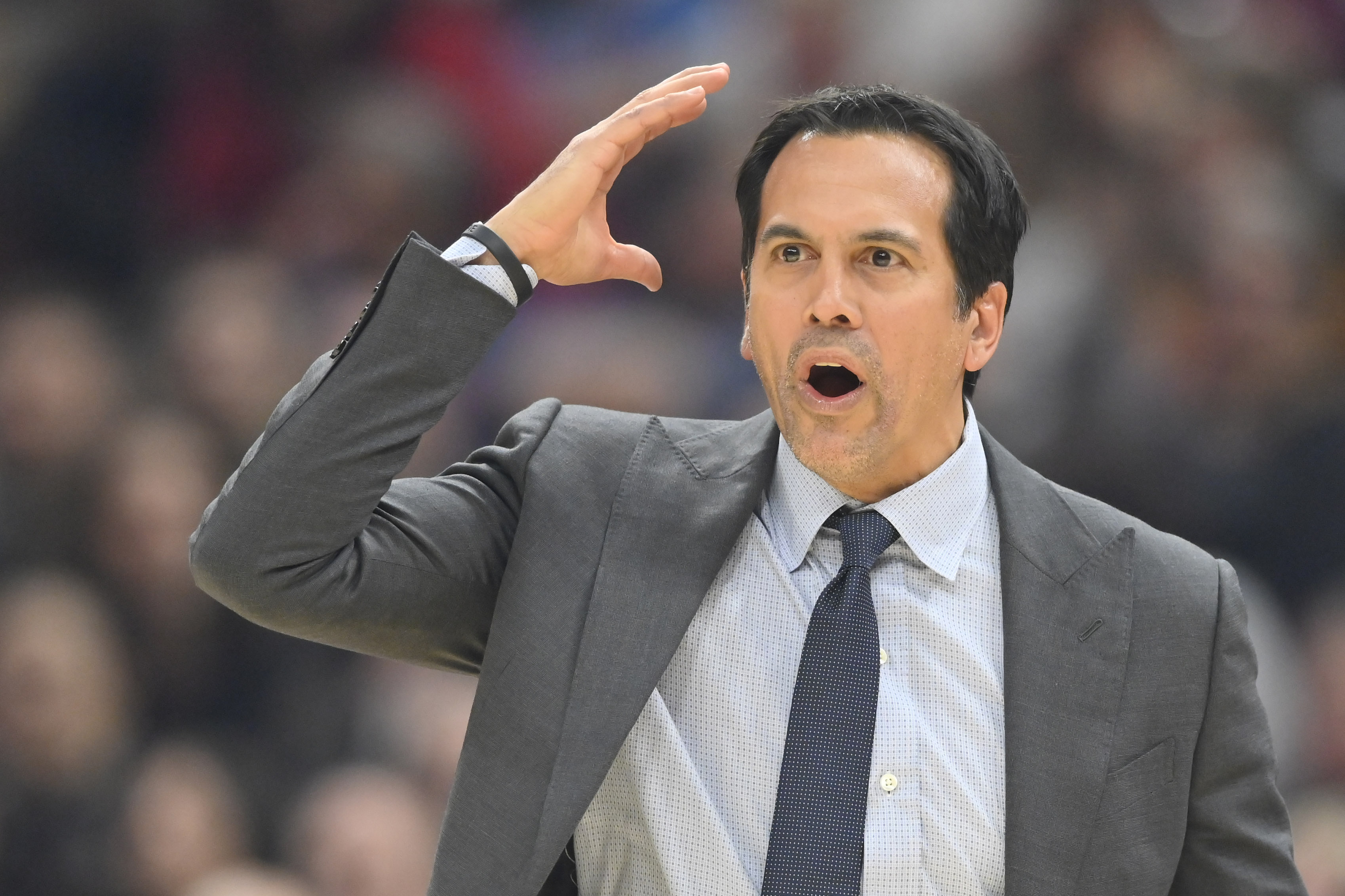 The Miami Heat once looked like a legitimate contender to challenge the Milwaukee Bucks for the Eastern Conference title, but those days are forgotten, with the team enduring a recent skid.

Miami has lost four of its past five games, and their road woes have continued, which will haunt the team in the playoffs, unless they can somehow rectify that issue.

The productivity from the team’s role players has waned, and the Heat are looking more like the team we believed them to be heading into the season. But head coach Erik Spoelstra isn’t souring on his squad. Instead, he believes they just need to find their identity, which he told reporters after their disappointing 129-126 home loss to the Timberwolves on Wednesday night.

“I try to look at everybody as a two-way player,” Spoelstra said. “And then, whatever is needed most, for that particular game. Sometimes it’s different, based on the opponent. And just in the three games that we’ve played, or lost, since the break, that has been the case. But we’ve been in the driver’s seat in all three games.

“There’ve been some tough teaching points, learning how to close a game with a fourth-quarter lead and we’ll just keep on working on it. That’s a part of the development of collective character under adversity and we’re going through that process.”

Heat coach Erik Spoelstra "We're going through a tough period right now and here's where we find out where we are as a basketball team, what kind of character we have" pic.twitter.com/h1lTB5RWYk

It’s hard to see the Heat becoming a legitimate contender, as this is the team we always believed they’d resemble, but time will tell.