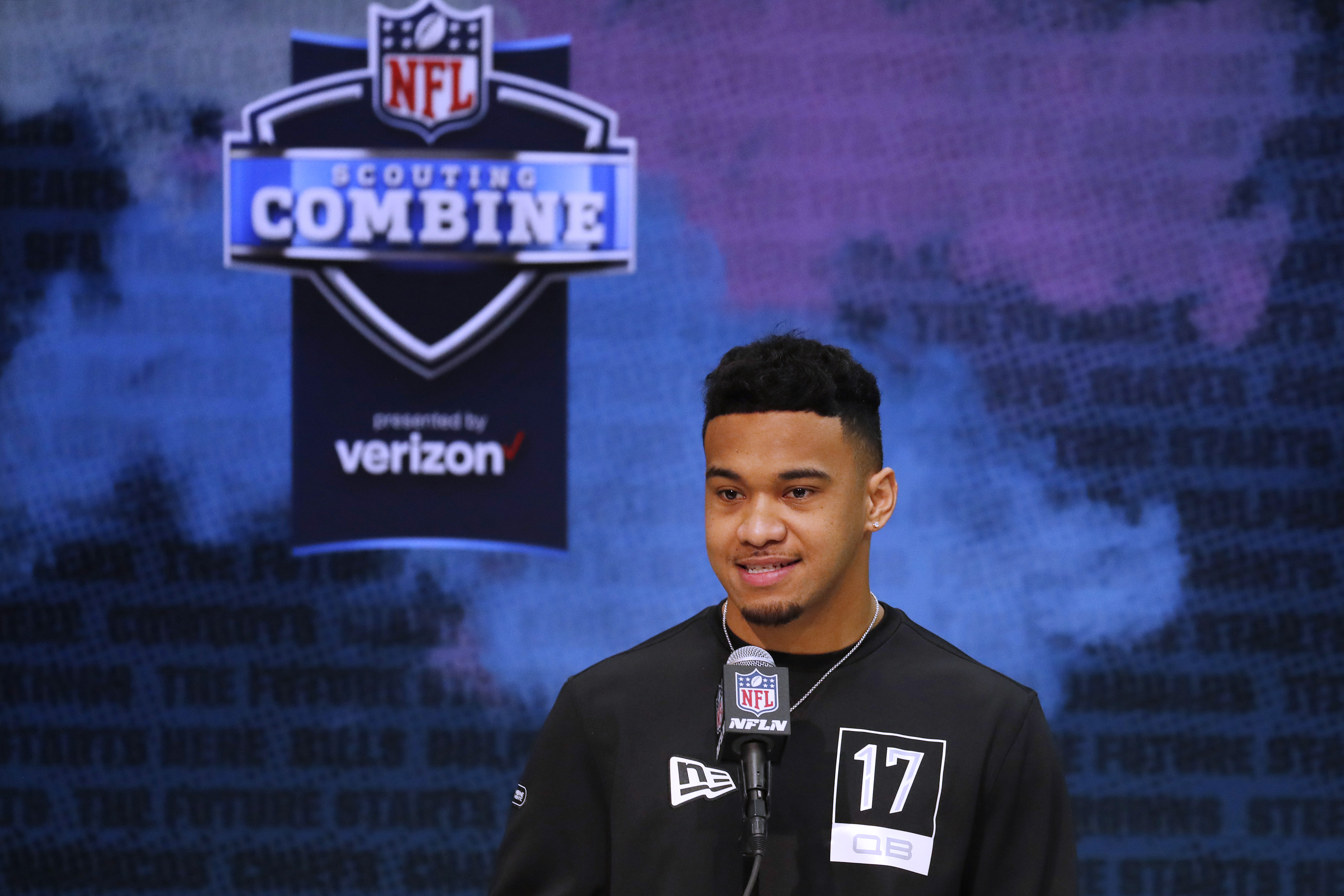 The Redskins have made it clear that they have a number of options available to them in terms of what to do with the No. 2 overall pick.

They could trade down, and help shore up the many holes on their roster, as they look to rebuild — or they could take a likely generational talent in pass-rusher Chase Young.

But there’s also the more attractive yet complex route — which the Cardinals followed last season. The team could move on from quarterback Dwayne Haskins, and could draft either Joe Burrow or Tua Tagovailoa — depending on who’s available.

It’s actually not as crazy as it sounds, either. ESPN’s Mel Kiper spoke about what the Redskins could do on Thursday’s edition of “First Take.”

“That’s up to the new staff, Stephen A., the grade for Dwayne last year was not as high as what Tua’s [Tagovailoa] is or what Burrow’s is,” he said. Certainly, [Justin] Herbert there is a lot of mixed opinions on. But I think when you look at Tua, if healthy, his grade will be significantly higher than Dwayne Haskins. The injury factor is why he is kind of right in that position where medical is going to have to be the key. If your medical staff signs off and you move forward with Tua, he has a higher grade — significantly higher grade than Haskins. You can make a strong case that the Redskins should take Tua at No. 2.

“Trading out of there, knowing all the needs, knowing the value of that second pick for a quarterback is the other option. The third is to just sit there and take the best player, which is Chase Young because he’s a pass-rusher and that’s what you need. If you feel — internally — that Dwayne Haskins has a chance to be great. If they can isolate that and say ‘we’ve seen enough of Haskins. We’ve been with him, we’ve seen his football acumen. We’ve seen how the key players gravitate to him. We see the charisma. We see the ‘it’ factor to him. If they see all of that, then Haskins is your guy — you trade that pick and you get all those extra choices or you take Chase Young.”

Taking Young makes the most sense, but it really depends on how the new coaching staff feels about Haskins. We’ll soon find out.