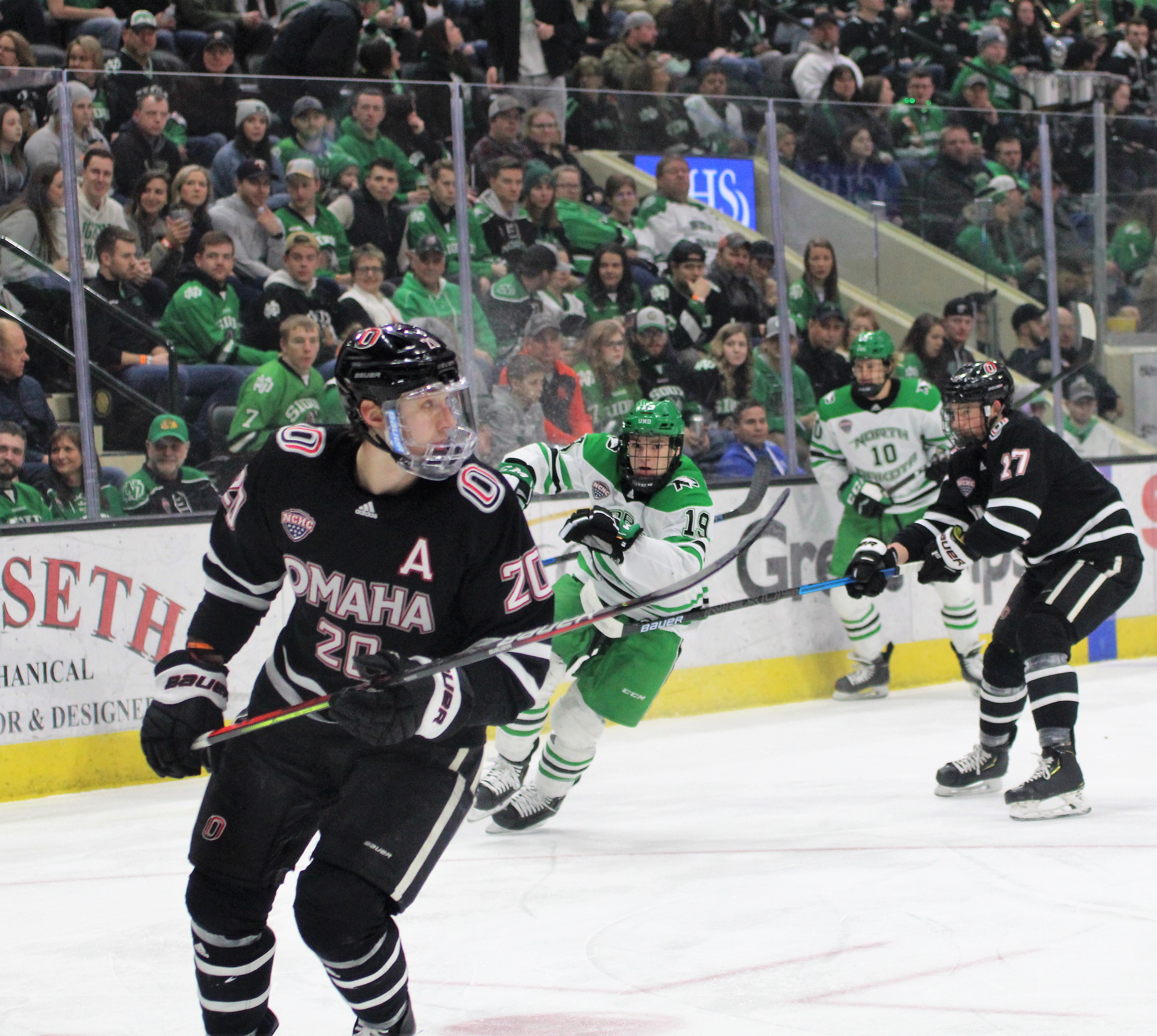 What a difference a year makes. Through 31 games, the University of North Dakota hockey team is sitting atop of the Pairwise Ranking with a 23-4-4 (.806) record. UND also sits atop of the NCHC standings with a 14-3-3 record. With four games remaining, UND is six points clear of second-place UMD.

Yes, UND has improved over last season’s squad. The 2018-19 team finished with a mediocre 18-17-2 (.513) record. Moreover, the 2018-19 team fell short of the fans’ and players’ expectations. The Hawks were bounced from the first round of the NCHC playoffs, missed the Frozen Faceoff and the NCAA playoffs. It wasn’t a typical UND hockey season.

During the offseason, there were some tough, uncomfortable conversations. The UND coaching staff challenged the players. How did the players respond?

“It was a salty offseason,” junior defenseman Gabe Bast said during an October press conference. “This year, we’re really trying to establish a swagger to our group and play with confidence every night and just believe in ourselves that we can get the job done.”

All season long, the Hawks players have been on message.

“This year, we’re really trying to establish a swagger to our group and play with confidence every night and just believe in ourselves that we can get the job done,” Bast said after a home win against Miami.”

The Hawks players also put in extra work to better themselves.

“We missed the tournament the past two years, it’s kind of tough after such a long streak. We kind of took it personally,” junior forward Collin Adams said. “I think every guy just wanted to get better in the summer and it’s paying off for us now.”

“I’ve worked hard this summer,” sophomore defenseman Jonny Tychonick said after a resounding 7-1 win against Miami. “I’m trying to do everything that I can the right way. I’ve been doing lots of video with the coaches and they’ve really helped me kind of develop this year.”

Junior goalie Peter Thome made a promise if he retook the net.

There’s a lot on the line this weekend.

Thriving Against the Best

The year’s team isn’t just feasting on cupcakes and racking up wins. The Fighting Hawks have an impressive 8-2-2 (.750) record against the four teams (UMD, WMU, DU, and SCSU) directly below them in the standings.

BrandonH61 posted this link on Sioux Sports and it breaks down each team’s record versus the top 15 in the Pairwise Rankings.

What About the Others

Here are some other team’s records against top-15 in the Pairwise.