Your Morning Dump... Where the scheduled loss in Utah turned out to be a fantastic win 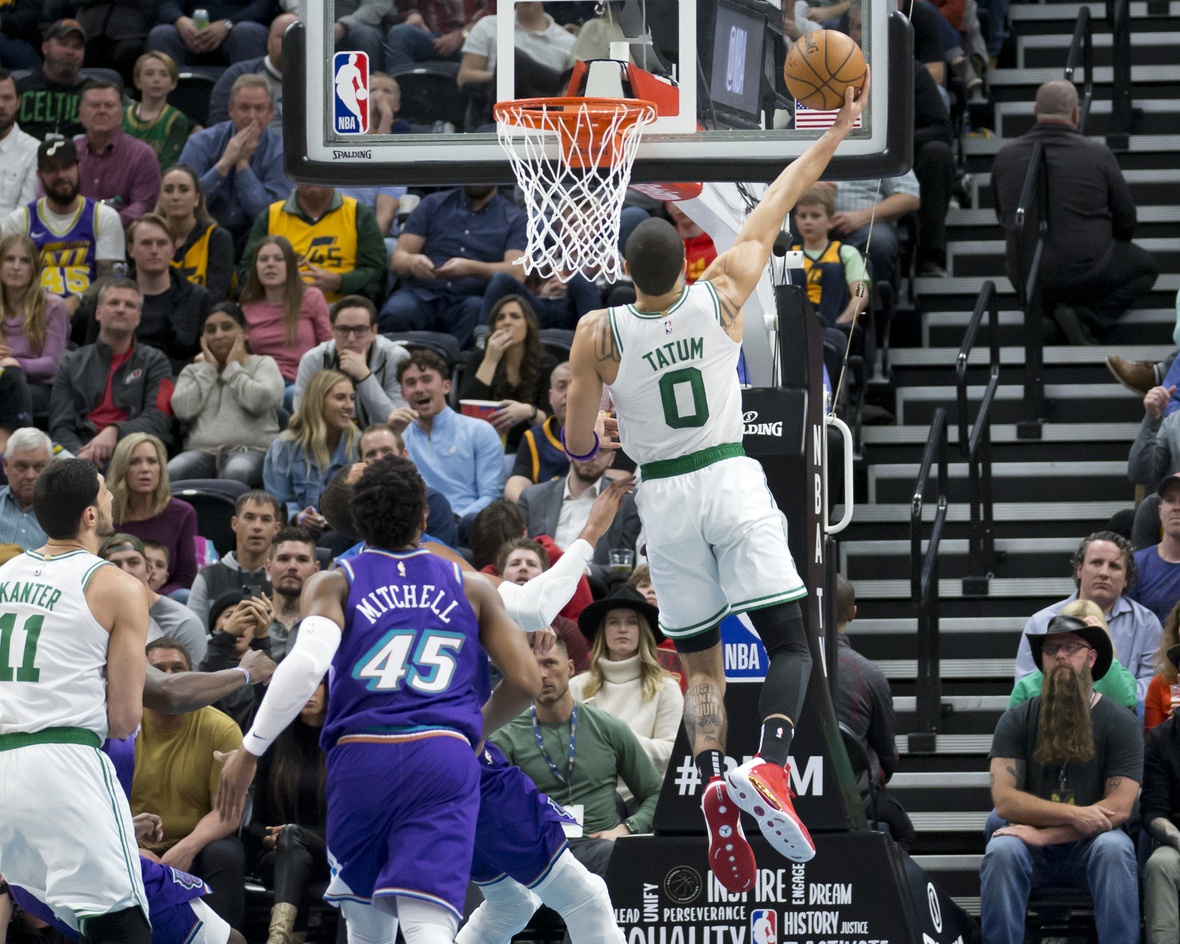 Your Morning Dump... Where the scheduled loss in Utah turned out to be a fantastic win

Everyone on the Celtics’ roster is looking forward to returning home and a few days off after a west coast road trip. However, the four-and-a-half-hour flight from Utah feels a little more comfortable knowing they are returning with a few solid, team-oriented wins.

The Celtics were led in points by a scalding-hot Jayson Tatum, but the win in Utah was a complete team effort.

There were plenty of reasons to believe this could turn into a forgettable night for the Celtics. They were playing their fourth game of a trip that included three time zone changes. They were without Walker, their All-Star point guard who remained sidelined with a sore knee. They were playing their second game in as many nights against a well-rested and desperate Jazz team that had lost three home games in a row.

But none of that ended up mattering.

“This was big,” Tatum said. “This was big for our team. This is a tough place to play. It’s a great way to end the road trip. We could have made excuses on the back-to-back, but we didn’t.”

Everyone did their part when they needed to last night. When the Celtics needed to counter Donovan Mitchell’s outpouring of 20 second-quarter points, Tatum was there to match him shot for shot.

When the Celtics needed second unit scoring, Kanter and Wannamaker were there to provide a spark off the bench (efficiently I might add, 7-9 shooting for 16 points combined).

In the midst of bad shooting nights, Marcus Smart and Gordon Hayward drained multiple three-pointers late in the third and early fourth quarters to help the Celtics pull away.

And amidst the star power of Tatum, Jaylen Brown and Daniel Theis provided consistent scoring and suffocating defense to round out the W.

Of course, the current trend of this Celtics team is Tatum’s meteoric rise to superstardom:

Over his last five games Tatum is averaging 35.4 points while connecting on 57.5 percent of his shots overall and 54.5 percent of his 3-pointers. Perhaps the greatest compliment Tatum can receive after his latest performance was that his 33-point game actually just felt normal.

He has drawn high praise from a smattering of players around the league, all rightly deserved. But everyone that spoke after the game was adamant that this win and the Celtics’ current play as a whole is derived from full-effort, team basketball.

Marcus Smart talked to @tvabby after the Celtics close out their road trip with a win pic.twitter.com/fCUDjpBkG2

This type of team basketball is what has allowed the Celtics to overcome a plethora of injuries and pull within one game of the Raptors for second in the Eastern Conference. The Celtics will have two days to rest before they host the Rockets on Saturday, and with the (hopeful) returns of Kemba Walker and Rob Williams soon, the Celtics are positioning themselves to be a well-rounded contender down the stretch.

On Page 2: Hayward gets boo’d, again

In his second game back to Utah since joining the Celtics, Hayward was heckled by the crowd for most of the game:

And despite having a sub-par shooting night, Hayward still had the last laugh leaving Utah, draining a clutch three to break an 82-apiece tie at the end of the third, and walking out of Vivint Smart Home Arena with a win.

Hayward’s performance since the All-Star break hasn’t been perfect, but his teammates have rallied around him and tried their best to make him comfortable in his role with the C’s.

Jayson Tatum on winning in Utah: “I’m happy we got this win for G.”

As mentioned before, this is a full-effort team, and Hayward is no exception. This is just a hunch, but I think he’s going to take over a few games when we need it most down the stretch.