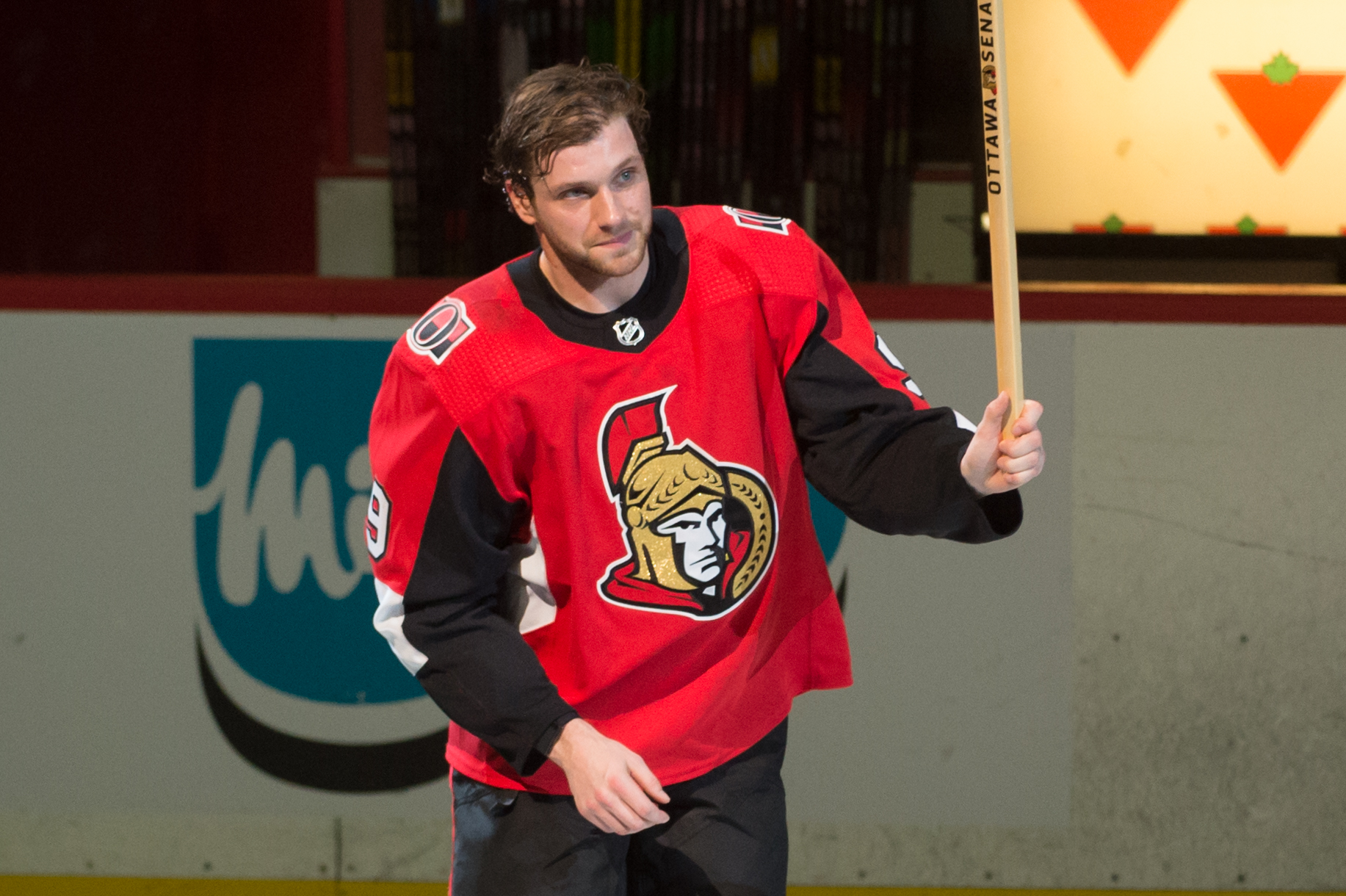 Ryan put the Senators up 2-0 with a goal from Nikita Zaitsev of Moscow, Russia at 7:44 of the first period. Ryan then scored the final two goals of the hockey game. With the Senators leading 3-2, he notched a key insurance goal from Chris Tierney of Kewsick, Ontario and Nick Paul of Mississauga, Ontario with 2:08 left in the final frame to put Ottawa up 4-2. Then with 1:49 left in the third period, Ryan scored from Brady Tkachuk of Scottsdale, AZ and Thomas Chabot of Sainte-Marie, Quebec.

Ryan was one of three Senators players in the game who had more than a single point. Tierney had three assists, while Connor Brown of Toronto, Ontario had one goal and one assist for two points. The other Senators goal scorer was Rudolfs Balcers of Liepaja, Latvia, who notched his first goal of the season.

Ryan’s hat trick was very significant. Thursday’s game was his second game back with Ottawa after missing three months due to alcohol addiction treatment. In the Senators’ win against the Canucks, Ryan was also in a first period fight with Chris Tanev of Toronto.

In 18 games this season, Ryan has four goals and three assists for seven points. He is a +2 with 16 penalty minutes, 28 shots on goal, two faceoff wins, seven blocked shots, 30 hits, nine takeaways and 12 giveaways.

Even though the Senators are out of playoff contention in the Eastern Conference, they played the spoiler role on Thursday. The Canucks are in playoff contention as they have 74 points and missed an opportunity to get closer to the Vegas Golden Knights for the Pacific Division title.