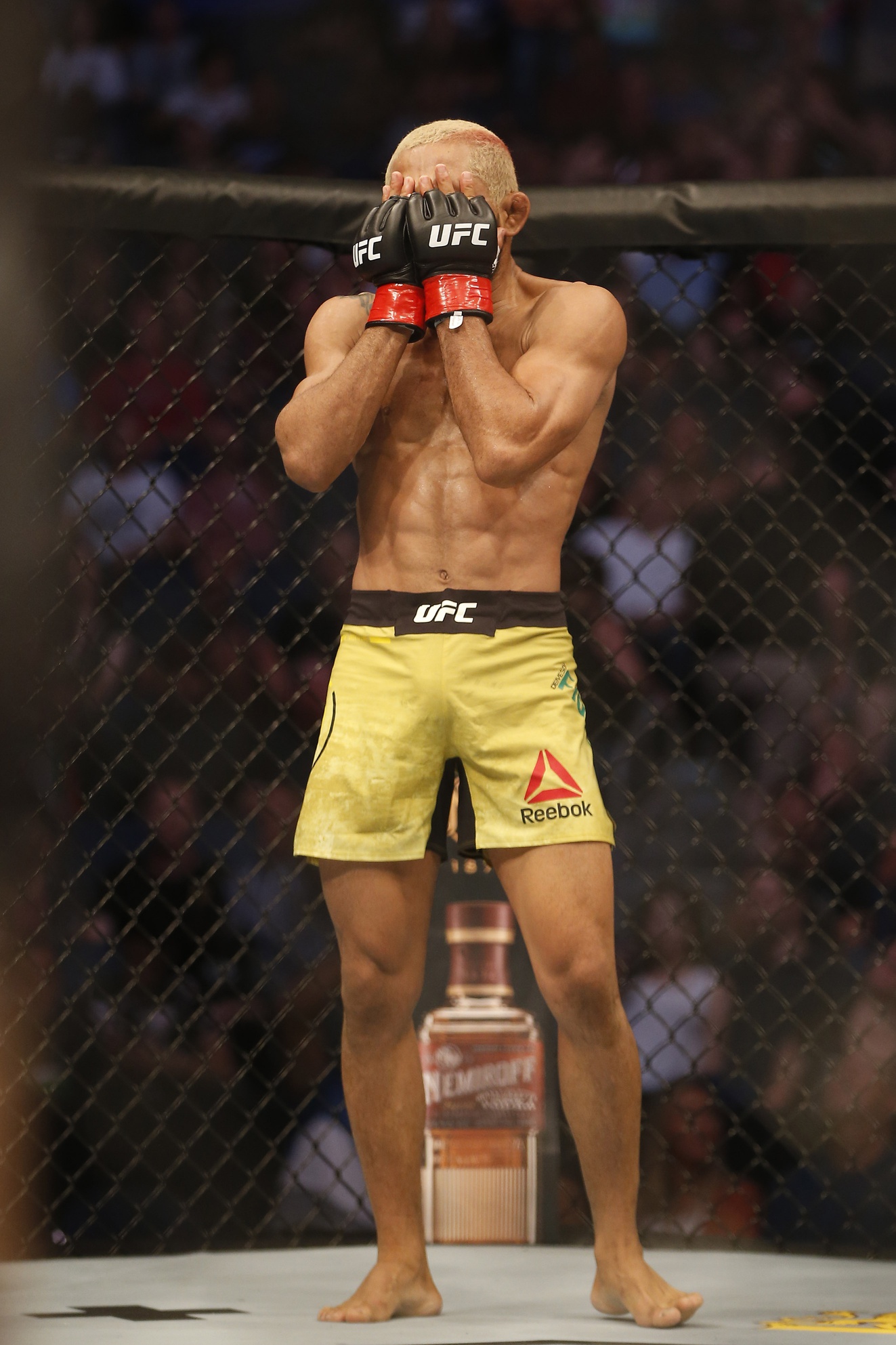 A 2.5 pound wrench has been thrown into tomorrow night’s UFC Flyweight Championship match at UFC Fight Night: Benavidez vs Figueiredo. Two and a half pounds would be the amount of weight Deiveson Figueiredo came in heavy at today’s weigh-ins for the fight – 127.5 pounds was his official weight, and he won’t be using the remaining hour to try to cut down to the 125 pound limit.

His opponent, Joseph Benavidez, had no trouble making weight, with a half pound to spare – he was 124.5 lbs.

So what does this all mean? Per the UFC, Figueiredo will be fined 30% of his purse, which will go to Benavidez, and he will not be eligible to win the title tomorrow night. So if Joseph Benavidez wins the fight tomorrow, he’ll walk out the UFC Flyweight Champion. But if the Brazilian wins, the title will remain vacant.