Your Morning Dump... Where the C's are back home again and ready to roll 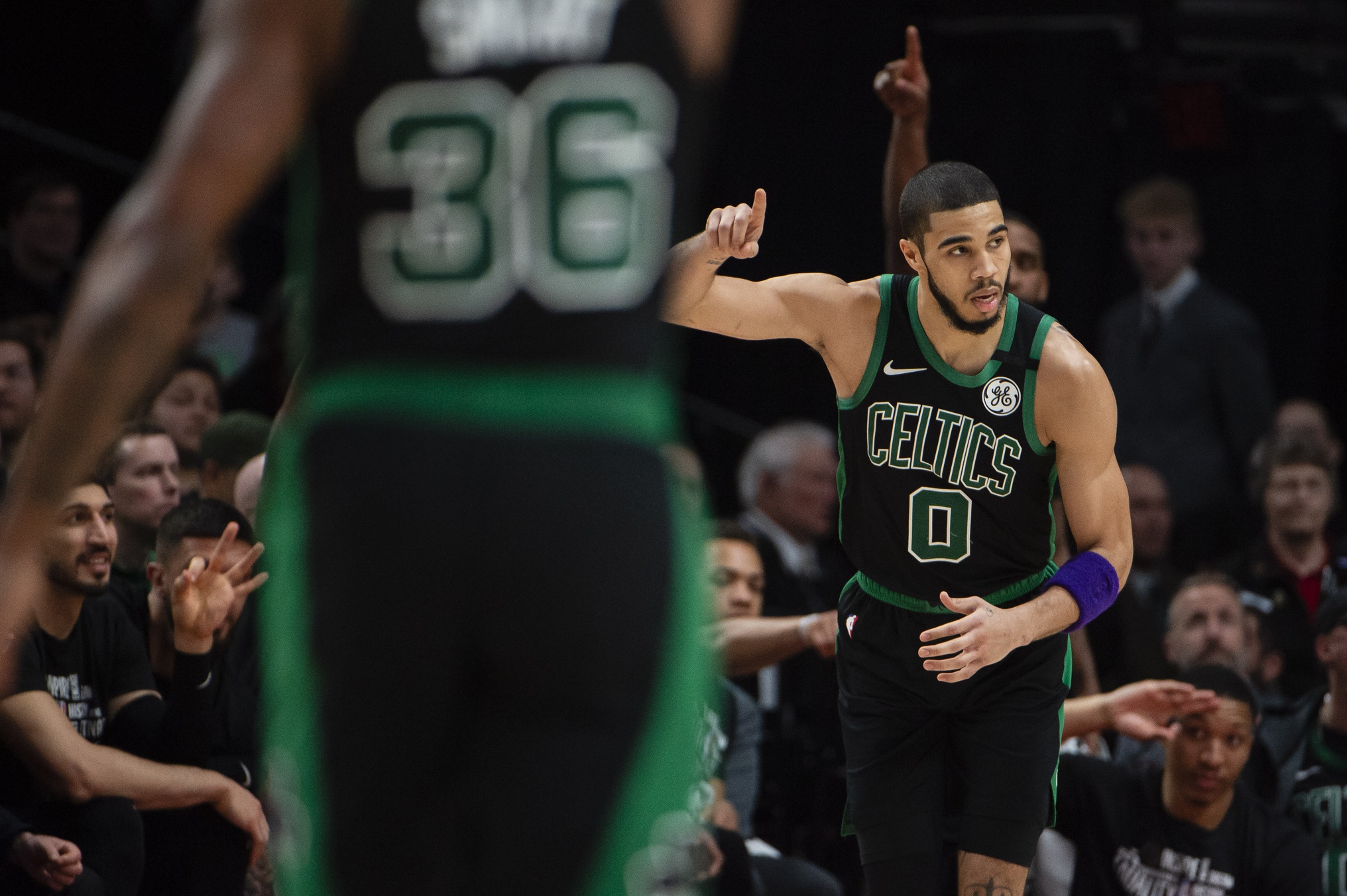 Your Morning Dump... Where the C's are back home again and ready to roll

This is the first time the Celtics have had two days of downtime between games since January 3rd. They wrapped up their trip out west on Wednesday and don’t return to action until tomorrow night, where they’ll host the Rockets and, I suspect, try to wash out the taste of the team’s only bad loss in February.

Boston certainly had some hiccups along the way, but for the most part they have won the games they are supposed to.

But all four of the West Coast games presented a different kind of challenge, one that the Celtics not only met but surpassed en route to victory in all but the Lakers game.

And for a team that has relied on interchangeable parts all season, that could do nothing but bolster the confidence of a group that already thinks highly of itself as they hit a stretch of play in the coming weeks that will go far in defining who they are as a team, and where they stand in the race towards being the last team standing in the East.

If there’s one thing I like about this team, as compared to last year’s, it’s that this team isn’t acting like they can ‘flip a switch’ come playoff time.

Asked about the number of quality wins the Celtics are piling up, Brown said, “It’s about us. That’s how we see it. It’s less about the opponent and more about us. We feel like if we come out and we prepare to win and we do our jobs, no matter who we’re playing against we give ourselves a chance to win. Three and one on this road trip was pretty good for us. We should have been 4-0.

On multiple occasions, yours truly has talked about how the NBA season is as long as it is for strictly pecuniary reasons, and that it’s foolish to take chances with player health during the regular season in order to secure an impressive record.

However, that doesn’t mean that I think these guys should refuse to take games seriously. At the opening tip they might be—no, more likely, they’ll probably be down a player (Smart has started 33 of the team’s 58 games and in any case, Robert Williams has been out since December). But the guys on the court playing have got to take the game in front of them seriously. Coaches and training staff are responsible for taking a long-term view. Players, especially young guys like Tatum and Brown, need to be focused on what’s immediately in front of them.

I don’t know who infected the team with that ‘flip a switch’ mentality last season–it might have been a collective attitude born from an understaffed team’s trip to the ECF the year before. Guys might have thought, ‘well, we made it to the ECF without Hayward and Irving, so now that we’ve got them, things should be much easier’.

Of course, they weren’t.

But, if one can be miffed that the C’s had to waste a season to learn a valuable lesson, it is at least good to know that the lesson was learned. The Celtics have not at any point, displayed the lackadaisical ‘oh well, we’ll get ’em tomorrow’ attitude that should’ve been the team’s motto in 2018/19.

Page 2: Where Jaylen is quietly having a good run as well

With all eyes on Tatum during Boston’s four-game road trip out west, Brown quietly produced four straight games with 20 points or better as the Celtics went 3-1.

Brown’s emergence deserves your attention, though. After all the frustrations of last season, Brown came back this year eager to showcase his true potential. He’s displayed new tricks, especailly his improved ball-handling and a more disciplined approach to attacking the basket.

Brown’s progress, when coupled with Tatum’s emergence, has altered what the Celtics are capable of this season. Boston will jockey with Toronto down the stretch for the No. 2 seed in the East but, regardless of where the Celtics land, they have the necessary talent to push for a Finals berth so long as the core is healthy.

One of the upsides to losing Marcus Morris over the summer was the increase in available minutes for the rest of Boston’s wings. Jaylen Brown has probably been the biggest beneficiary of Morris’ departure, but he hasn’t upped his production simply because he’s gotten more playing time.

Brown, as you expect from a guy who is still on his rookie contract and is barely old enough to drink, is an unfinished product, and while Forsberg’s article focuses on Brown’s improved moves, he’s also improved his shooting. His eFG%, FG% and 2PT% are all career highs, and his 3PT% is within a whisker of his career high in 2017/18.

But most importantly, his free throw shooting has jumped from 66% to 74%. That improvement is enough to give defenders pause before contesting a drive. It is no longer an effective ploy to send Brown to the line instead of letting him get to the basket. If Brown can get his FT shooting up above 80%, he’ll find that the game will change for him even more.

Guys who shoot 80%+ from the line and who have the size and/or speed to get to the basket are valuable because as soon as they take that first step past the defender, they’re going to score at least two points for the team about two-thirds of the time if they shoot or are fouled while shooting*. And if the defense adjusts to prevent a shot without fouling, they’ve left a man open.

*The key is the difference between your FG% within 2 feet and your FT%. If you’re hitting 60% of your shots from within 2 feet and only 65% of your FTs, then it makes sense to foul because you have to take two shots to score two points with FTs, whereas one shot counts for two points from the field. The math breaks down this way:

The magic line is right around 80%. If you can hit FTs at that clip or better, you’ve unlocked a whole new level of scoring capability.

Not enough Kemba Walker in your life right now? He and I sat down to talk about what it was like replacing Kyrie, wearing No. 8 for Kobe, and what he thinks the Celtics ceiling is this postseason: pic.twitter.com/VyNBM24AZs

MassLive: Boston Celtics playoffs watch: The fight for the 2nd seed, why March 20 could change everything, & potential opponents