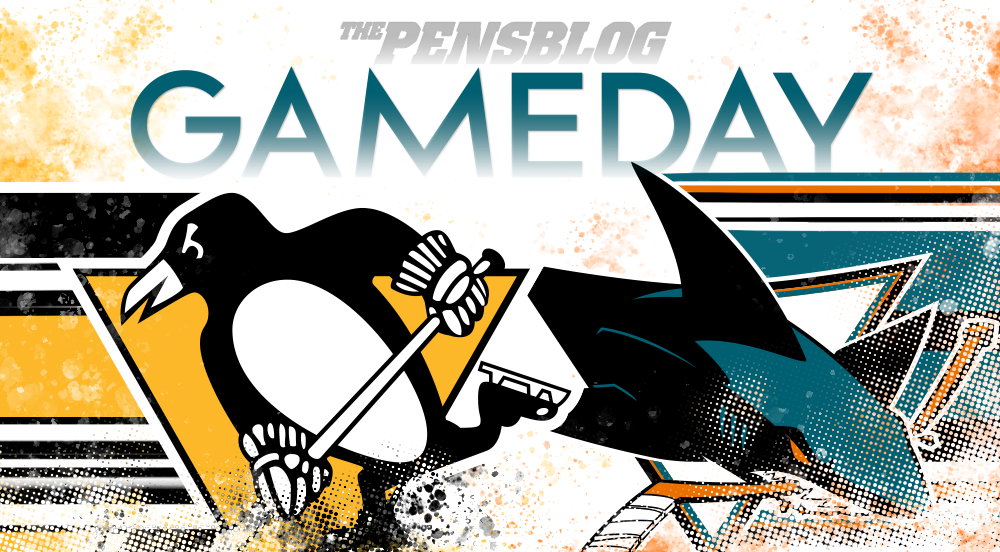 Welcome back to the G-off Gameday, the only Gameday that didn’t attend a clinic to learn how to blog better.

Tonight, the Penguins finally wrap up the California road trip; a road trip that, much like clinics and conferences, has had old nemeses they barely see getting the better of them and more recognition than them.

This metaphor with nemeses owning them can be applied to your life, too.  But it is up to you, the reader, to determine your level of engagement in this metaphor.

On top of the Penguins dropping games to the lowly Kings and a team named after an animal that’s so “mighty” that it can’t even eat bread, they’re in the midst of a 5 game losing streak.  You may have heard about this.

During this span, the Penguins have shown signs of life and solid play, but they’ve largely been deficient defensively and inept at converting the chances they’ve created offensively.  They’ve been there, and the PDO hasn’t been in their favor, but the bounces sometimes have other plans in this sport.

TL;DR: The Process™ has been fine, the results have just not yet.

If there was ever a time to get back in the saddle, it has to be against Martin Jones and the Sharks.

You may recall Martin Jones and the Sharks from the critically acclaimed series: 2016 Stanley Cup Final.

You simply have to love it.

Last night in Anaheim, HCMS rolled out the following group:

Jared McCann is back! pic.twitter.com/dhUN0eDYVo

One would be hesitant to suspect a change to the forward group or the top two pairings on the blueline, though it’s becoming clearer and clearer that the top pairing has not been on the right side of things.

I am sure of two things regarding this Penguins team.

1) Nobody needs Brian Dumoulin back more than Kris Letang.
2) I feel so damn bad for Kris Letang. pic.twitter.com/oH2TdDhSaS

It will be interesting to see if Riikola draws back in for Trotman tonight.  Trotman, you may recall, had two pucks beat Murray off of his own body last night.  He hasn’t looked or played particularly well, either, but somewhere, somehow Juuso Riikola appears to have lost the confidence of the coaching staff.  Nevertheless, he’s had a solid season.

Jarry will likely start, too, as the goalie rotation continues.

The Sharks are a mess this season and have just a 6 point cushion above the Kings for the crown of Worst of the West.  Worse than that, their first round (lottery) pick belongs to Ottawa.  Until the trade deadline, when Tampa gave up their first for Barclay Goodrow, the Sharks were without a top round pick.

Of course, they moved out more than just Goodrow in their attempt at rebuilding on the fly, including Marleau, sending Brenden Dillon to the Caps, and a few other minor moves.

One of those moves did not include sending Joe Thornton to a contender.

Joe Thornton: “As you get older you realize you only have so many shots at this thing, and it would have been nice to have a chance. … I wanted a shot. I’ve been hunting this thing down for 22 years.”

On top of all of that, they remain without the likes of Melker Karlsson, Tomas Hertl, and Erik Karlsson, though they did just recently get Logan Couture back from injury.

The rest of their lineup is just a bunch of randomly generated NHL 20 names and former Penguin Stefan Noesen.

Right the ship.  Knock out the Sharks.