Islanders to return to Long Island full time next season 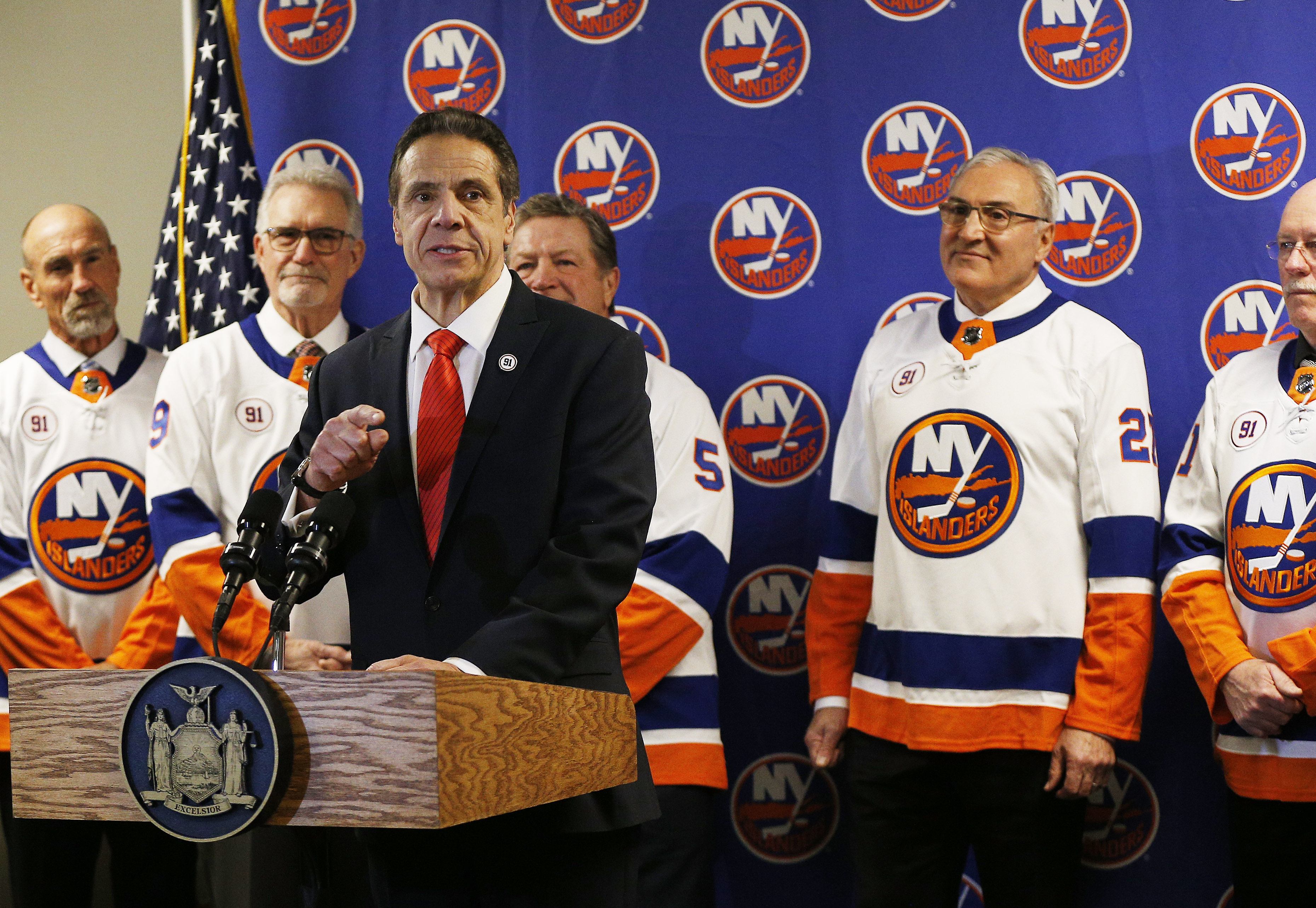 Islanders to return to Long Island full time next season

New York Governor Andrew Cuomo announced that all Islanders home games will take place at Nassau Coliseum next year and all home playoff dates this season will happen on Long Island. Newsday was first to report the news on Friday.

Cuomo later added that returning the Islanders to Long Island had been a major priority.

The Islanders’ final game at Barclays Center will be March 22.

Questions over where the Islanders would play next season and where any home playoff games would take place began to pop up earlier in the year. Initially NHL Commissioner Gary Bettman, who was on hand on Saturday, called any thought of the Islanders playing full time at the Coliseum “premature.”

That position has clearly changed with Saturday’s news.

“What I’m pleased about goes back to one essential element,” Bettman said. “That’s Belmont. That’s the new arena. None of this happens, none of this matters without the fact that Belmont is coming out of the ground. That’s a testament to Scott Malkin and to the other the Islander owners and to the governor.

“Without their commitment, their effort and their vision this wouldn’t have happened.”

The state is kicking in $6 million to upgrade the infrastructure of the Nassau Coliseum to the NHL’s minimum standards. It is the latest investment the state has made to upgrade the Coliseum and help facilitate the Islanders return to Long Island quicker than 2021-22, when the Belmont arena is expected to be complete.

The governor’s office has played an active role in the Islanders’ development of Belmont Park. And Cuomo has been at every press conference involving the team playing at Nassau Coliseum.

Progress on the Belmont site is advancing quickly, according to the governor’s office. More than 330,000 cubic yards of soil have been excavated from the site, the entire 15,000 cubic yard concrete foundation has been poured, and approximately 20% of the project’s structural steel beams have been installed, according to a release from Gov. Cuomo.

“Government has a vested interest in seeing sports teams located in their region,” Gov. Cuomo said. “They’re good for economic development. They’re good as an attraction overall to bring people to the state. … I believe as part of growing Long Island as a region in this state the Islanders were very important to Long Island.”