Penn State gets No. 1 seed and bye in Big Ten men's hockey tournament 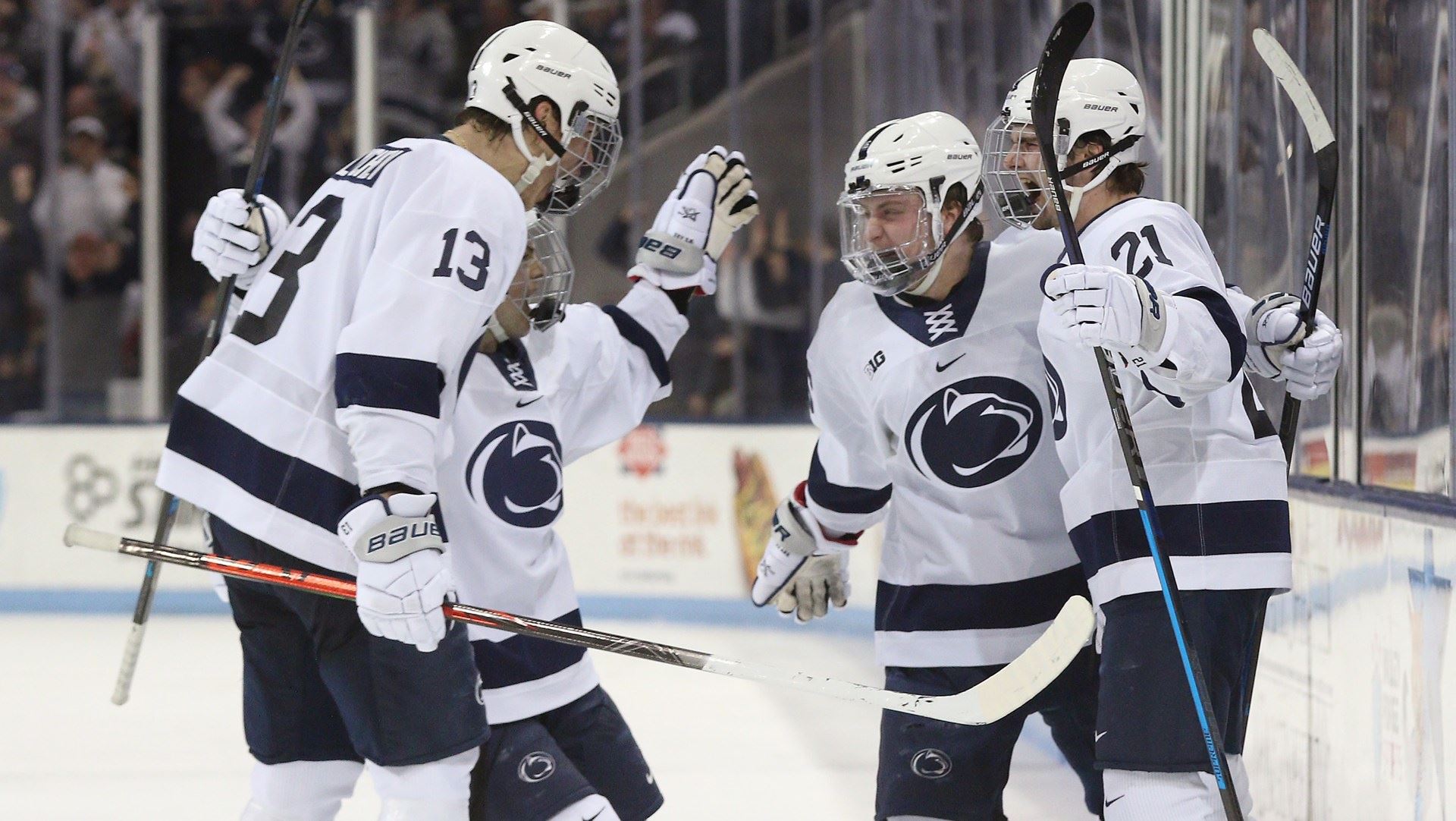 Penn State will get a little extra time off before playing again.

Penn State gets No. 1 seed and bye in Big Ten men's hockey tournament

The scheduling gods gave Penn State’s rising ice hockey program a chance to rest up in the final weekend of the regular season. As such, that gave the Nittany Lions the opportunity to sit back and see how the rest of the Big Ten standings sorted itself out, with Penn State needing a bit of help from around the conference to secure the top seed in the upcoming Big Ten men’s hockey tournament.

Ohio State and Minnesota each failed to pick up the necessary points to knock Penn State off the top spot in the conference in the final weekend of the season, with the Buckeyes struggling at home against Wisconsin and Minnesota unable to prevent Michigan from playing spoiler. With Penn State claiming the outright regular-season championship, the Nittany Lions were rewarded the No. 1 seed in the Big Ten tournament. That gives Penn State a first-round bye while the rest of the field will open the tournament with a best-of-three series.

“We get by with a little help from our friends!”

Following tonight’s results we have clinched the No. 1 overall seed in the upcoming #B1GHockey tournament and secured at least a share of the regular-season championship!! #WeAre #HockeyValley pic.twitter.com/AUXRDjq00j

The highest seeds serve as the hosts for each round of the Big Ten tournament, so the big Ten championship could potentially have to be won through Hockey Valley if all goes according to Penn State’s plan. But the Big Ten has been a hard-fought battle all season long, and this field could still be pretty wide open, especially once single-elimination enters the realm.

Ohio State still managed to hold on to the second seed after tying Michigan and Minnesota for second place in the standings. The Buckeyes owned a 3-1 record against the Wolverines and Gophers to help break the tie. That gives Ohio State a best-of-three opening series against the team they closed out the regular season with, the Wisconsin Badgers. Can Wisconsin continue to frustrate in Columbus, or will the Buckeyes rebound and get their revenge?

The 2020 #B1GHockey Tournament bracket is set. Action opens March 6-8 with three best-of-three series in the quarterfinals at campus sites. pic.twitter.com/oe6vtyK4Il

Michigan received the No. 3 seed and will host in-state rival Michigan State (No. 6 seed). And No. 4 seed Minnesota will get home ice against No. 5 Notre Dame.

The Big Ten hockey tournament drops its first pucks on Friday, March 6 in Columbus (Ohio State vs. Wisconsin), Ann Arbor (Michigan vs. Michigan State), and Minneapolis (Minnesota vs. Notre Dame). Games will be played through Monday if necessary, and the next round will be played on March 14. The Big Ten championship game is scheduled for March 21, leading up to the NCAA tournament after that.

So tape up the sticks and drop the pucks. The Big Ten hockey tournament is here!