Three takeaways from the Isles shutout loss to Boston 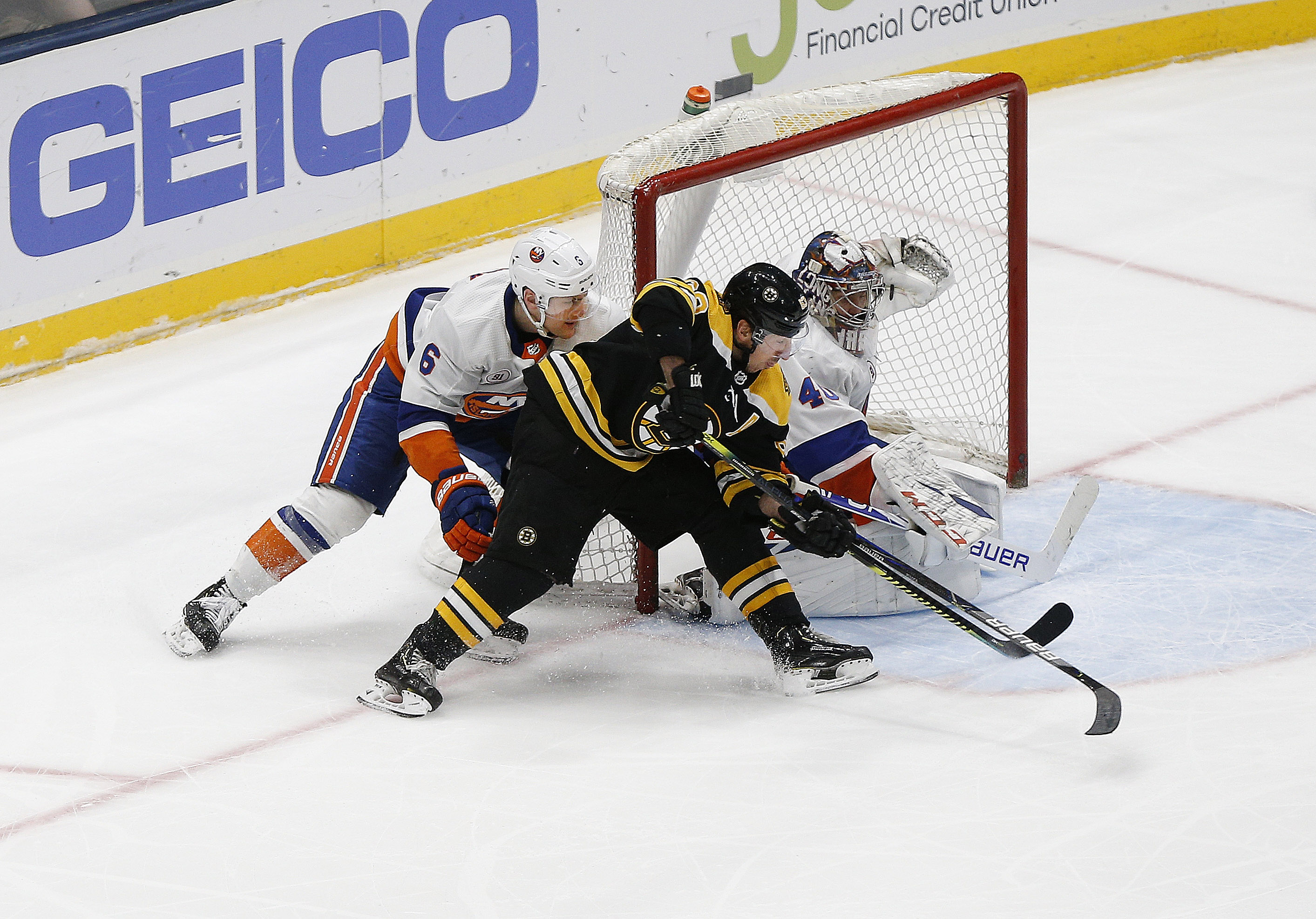 Three takeaways from the Isles shutout loss to Boston

UNIONDALE, N.Y. — The Islanders dropped their third consecutive game on Saturday in a 4-0 loss to the Boston Bruins. Tuukka Rask had a relatively easy 25 save effort for Boston, while Long Island native Charlie McAvoy had a three-point afternoon (one goal, two assists).

Semyon Varlamov made 26 saves in the loss. The Islanders did remain two points back of third in the Metropolitan Division with Pittsburgh losing Saturday night.

power play needs to be better

When you have six power-play chances, you should be able to cash in on one of them. That could have changed the course of Saturday’s game, but the Islanders failed to convert on any of the six they against Boston.

It was the first time since Oct. 30, 2014 that the Islanders had been shutout when having at least six power-play chances, according to statistician Eric Hornick. The opposing goaltender, ironically enough, was Semyon Varlamov.

“When we had our looks we didn’t have second looks,” Anders Lee said. “We did a great job of creating some initial shots. It’s that second opportunity that we just didn’t find tonight on some of the power plays and then a couple of other ones we had nothing going.”

The Islanders registered just seven shots on their six power-play chances on Saturday.

“They blocked a lot of shots,” Islanders coach Barry Trotz said about the Bruins penalty kill. “When they’re 6’9″ and 6’6″ standing there in the lane it’s hard to get it around. They’ve got guys like (Patrice) Bergeron and (Brad) Marchand are pretty good penalty killers. Those windows close up a little quicker than some other teams.”

finding the back of the net

The Islanders have gone 107:49 without a goal since Jordan Eberle scored at 16:34 of the first period in Thursday’s 3-2 overtime loss to the St. Louis Blues. After scoring twice in the opening 20 minutes of that game, the mustered just four shots in the final two periods.

Things didn’t get much better on Saturday with the Isles registering eight in the first and four in the second period. They did outshoot the Bruins in the third period, but at that point, it just didn’t seem like the Islanders were going to get back into the game.

The Bruins did do a good job getting in the shooting lanes and didn’t give the Islanders much room to work. Boston finished the game with 23 blocked shots.

“It’s us not playing to our potential and it’s two extremely good hockey teams,” Lee said. “You’re not going to just play the game and have chances. You have to work, you have to find ways, you have to read the game, you have to see how it’s going and adapt. A combination fo things where we have to be better, there’s no doubt about it, and also you’re not getting a lot of opportunities from St. Louis or Boston.”

It was barely 13 minutes into the game and the Islanders were already trailing by two goals. The Bruins came out of the game with buzz and energy, while spending most of that time in the Islanders’ end.

“They just started the game much better than we did,” Cal Clutterbuck said. “They were ready to start. We kind of stumbled out of the gate and trying to dig ourselves out of a hole like that against a team like that is not really a recipe for success. No need to get more philosophical than that, they just outplayed us for the first 10-15 minutes.”