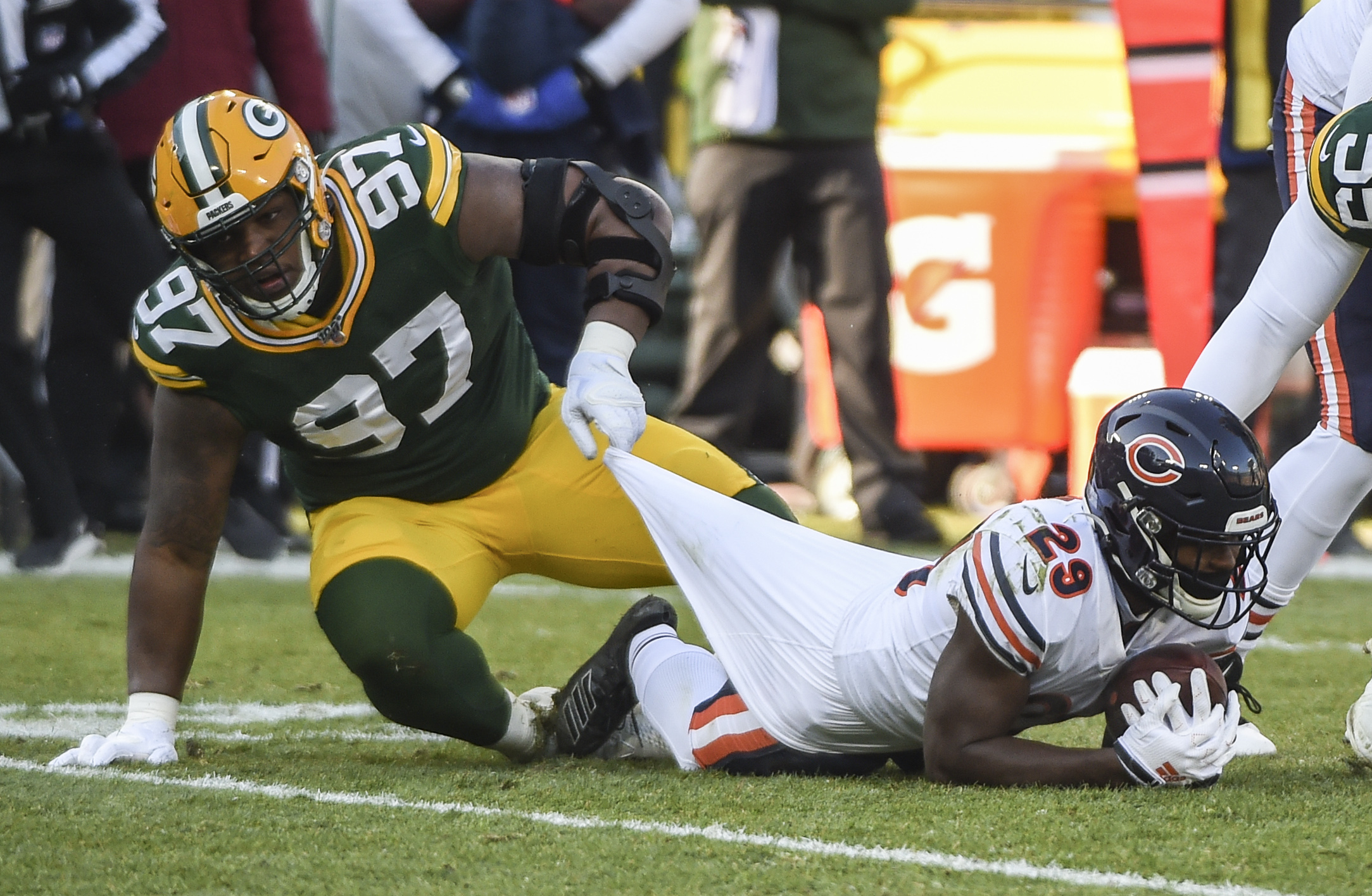 The Green Bay Packers know they have less salary cap room this offseason than they did a year ago when they aggressively signed four new starters in free agency in Preston and Za’Darius and Preston Smith, Adrian Amos and Billy Turner.

While the Packers can free up additional cap room by releasing Jimmy Graham and Lane Taylor, they have six key free agents in 2021 who they may need to sign to new deals next year. This may affect their ability to add new players this year as well.

There are several factors that could change these equations including injuries or how these players perform in 2020. The Packers may also draft players in this year’s draft in anticipation of not being able to sign some of these players.

Anther unknown remains the possibility that the league will sign a new CBA with the players association that will increase the salary cap significantly. But if that doesn’t happen, the Packers will have some difficult decisions to make on these six players who they may want to keep after the 2020 season.

The coaching staff really likes Williams and it’s easy to see why. Williams is a stronger inside runner which compliments and contrasts with the speedy Aaron Jones. In addition, Williams is reliable, a strong team player and remains the team’s best pass blocking running back.

The question remains, how much money are the Packers willing to pay for a backup running back. Also, would Williams want to go elsewhere if he feels he can get a chance to start? It is unlikely Williams and Jones will both be back in 2021 unless one or both players offer the Packers a substantial home team discount.

King was the Packers leader in interceptions last season with five. No other Packers defender had more than two.

In coverage, King had an up and down season. He certainly was healthier and played a more consistent game than he did in previous seasons, but was still prone to giving up big plays and often bit on double moves because he is unable to change directions and move his hips quickly enough to keep up with elite receivers.

King is a capable starter when he’s healthy, but it remains to be seen if the Packers wish to bring him back once his current contract expires after next season.

His 2020 performance may go a long way to determining his future with the Packers.

Linsley is a reliable center who plays consistently good football, but he plays just below a Pro Bowl level. He has been the Packers starting center now for six seasons and has remained in the lineup consistently, playing all 16 games in each of the last three seasons.

GM Brian Gutekunst will have a difficult decision to make with Linsley. The Packers generally do not sign offensive linemen to new deals when they’re on the wrong side of 30. Linsley will turn 30 just as his contract expires.

Do the Packers stick with a reliable center who has good chemistry with his teammates, or do they look to get younger at the position by adding a new center in this year’s draft or moving Lucas Patrick to the position after Linsley’s deal expires?

Clark is by far the Packers best defensive lineman, in fact, nobody else on the roster is even in the conversation. The former first-round pick out of UCLA will also only be 26 when his contract expires, which means that age should not be a factor in the decision of whether to sign him to a new deal.

Clark got off to a slow start in 2019 but finished strong and was back to playing at a high level by the end of the season. He finished the season with six sacks and 62 total tackles including nine tackles for loss and seven quarterback pressures.

Clark is a major building block on defense and would be difficult to replace. The Packers should be exploring ways to extend his contract and lessen his immediate cap hit this offseason if they can and if not during the coming 12 months.

The Packers have a tough decision with Jones. He has clearly been a major part of the offense and scored 19 total touchdowns during the regular season, one shy of the franchise single-season record. Jones was also the Packers first 1,000-yard rusher since Eddie Lacy in 2014.

But running backs are not considered a priority in the modern NFL. Most teams feel they can add a good running back in the middle or late rounds of the draft and prefer a running back rotation to a workhorse back that was so prevalent years ago.

So, do the Packers sign Jones to a big new contract that he will certainly demand, or do they look to add his replacement in the draft this year or in 2021?

The Packers and Jones have both expressed an interest in a new deal, the only question is can they meet at a dollar amount and a contract length?

Jones will only be 26 at the end of the 2020 season and should have a few strong years left although running backs tend to age quickly in the modern NFL.

This will be a difficult and pivotal decision for Gutekunst and the Packers.

The University of Colorado alum has been remarkably consistent, never playing fewer than 12 games in a season during his seven-year NFL career and playing in all 16 games five times.

Bakhtiari is relied upon by Aaron Rodgers to provide pass protection, especially when the Packers franchise quarterback holds onto the ball and extends plays and attempts to make something happen.

The biggest question surrounding Bakhtiari may be age. He will be 30 early in the 2021 season and the Packers may not want to sign him to another long-term extension. However, Bakhtiari is such a good player, it is possible Gutekunst will make an exception in his case.

The Packers have had Bakhtiari and Bryan Bulaga as their starting tackles for the past seven years. Can they afford to lose them both in consecutive years this offseason and next?

These are some of the difficult issues Gutekunst and the Packers organization face in the next 14 months.