Your Morning Dump... Where we relive Brad's play call & execution of the final shot in the Rockets loss 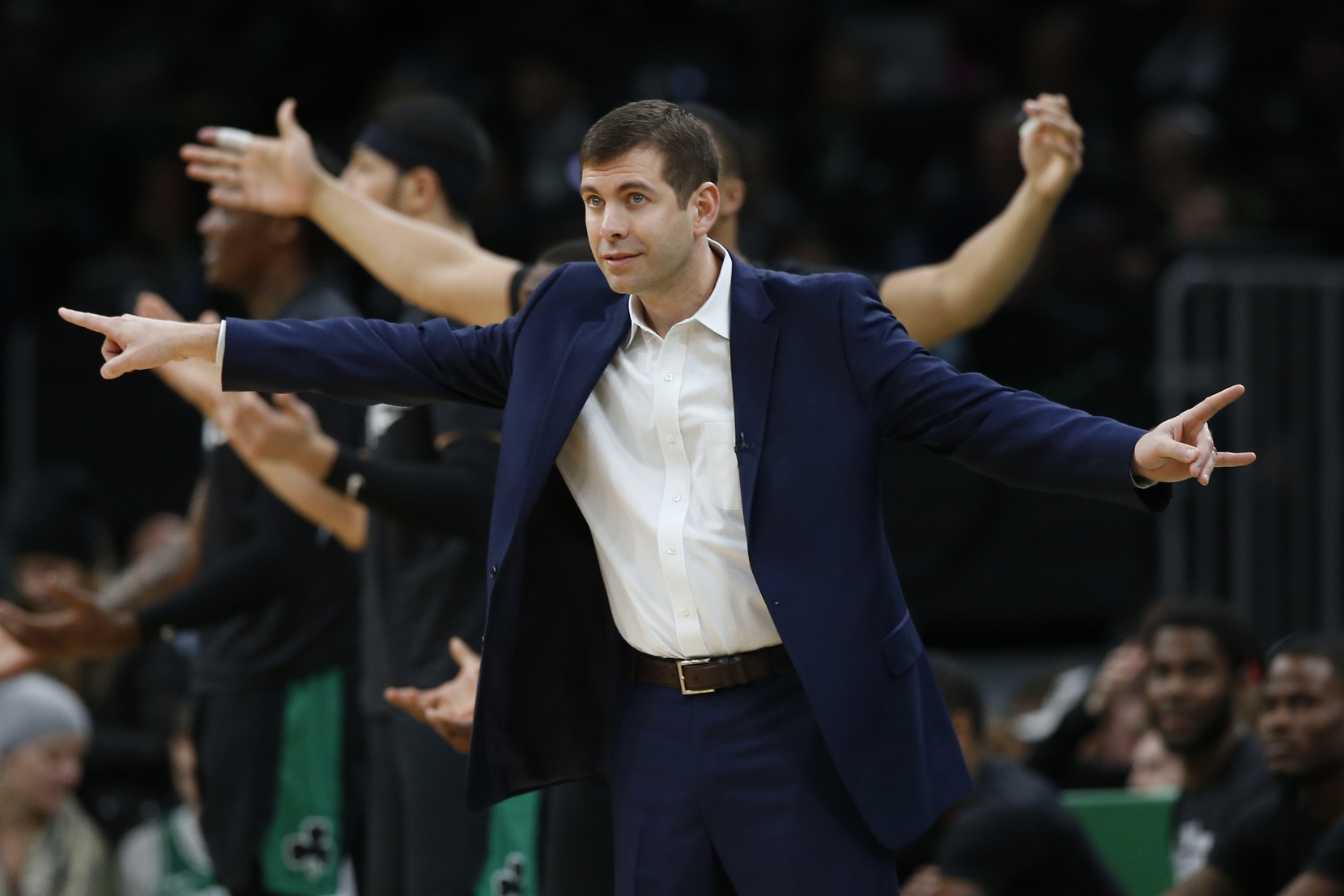 Your Morning Dump... Where we relive Brad's play call & execution of the final shot in the Rockets loss

Tatum: “We were running 1 of our set plays where I throw it to Gordon, I was supposed to come off a flare and you can either do a dribble handoff w/the guy in the corner JB, or come off a ball screen that Theis sets. JB got a good shot. Something he can hit. It just didn’t go in” pic.twitter.com/Wm0lWwdfdB

“With all the [Rockets defense’s] unpredictability on the side and how physical they are, sometimes it’s hard to get [the ball] in,” he said. “So we felt like calling an action we were comfortable with and looking at multiple options.”

Brown was defended tightly by Houston’s Robert Covington as he probed just inside the free-throw line. Hayward was in the left corner, and Harden lost track of him as Hayward cut along the baseline and was briefly open for a layup, but by now Brown was already locked in on taking the final shot.

His 15-foot step-back was difficult but certainly makeable. It thudded off the front of the rim.

“It felt good,” Brown said. “That’s a shot I’ve been shooting all season. I’ve been working on [it]. It just didn’t fall.”

Added Stevens: “Jaylen going to his right hand for a pull-up jump shot, it’s hard to get a good look in those moments. And he got a clean look at the rim and we believe in him and trust him.”

What’s odd to me is Jayson Tatum’s lack of movement or aggression. He barely moves after Theis sets the screen to Tucker’s right. Was he really expecting the ball back after that? From there he floats around the perimeter relegated to hoping for a tap-out.

In the Globe story, Himmelsbach points out that Hayward did create some space on the baseline but the passing lane was pretty tight.

Houston was the more aggressive team in the 2nd half and carried that right through the final possession. John and I elaborated on the game, the final play and the amazing month of February in the new Locked On Celtics podcast.

On Page 2, a closer look at the rebounding woes vs Houston.

The Rockets are normally not a team that goes for offensive rebounds. They actually rank last in offensive rebounding rate through since transitioning to small-ball last month and dealing away Clint Capela, their best offensive rebounder. However, with the team misfiring so much from the perimeter, the visitors knew their only chance was to hunt down second chance looks. They did that incredibly well in the fourth quarter as seven offensive rebounds led to nine of Houston’s 23 points in the frame, effectively devastating Boston’s defense on several possessions after they got stops on the initial shot attempts.

The end result here was a Houston team that would not have won the game without these second chances, particularly with all five of their points in the final 3:15 of regulation coming off offensive rebounds.

As far as handing out responsibility goes, almost everyone was at fault for one of these offensive rebounds. Jaylen Brown and Marcus Smart were guilty most often, though, of losing track of their man or just failing to box out altogether. Their focus against an explosive Houston offense was containing the ball/acting as a help defender, which ended up preventing them from finishing possessions by doing their job on the glass and keeping contact with their man.

There’s nothing more maddening to a fan than watching your team get outhustled on the boards. It’s a familiar feeling for Cs fans, although Boston is currently a top-ten rebounding team.