What Isles need to do to just get into playoffs 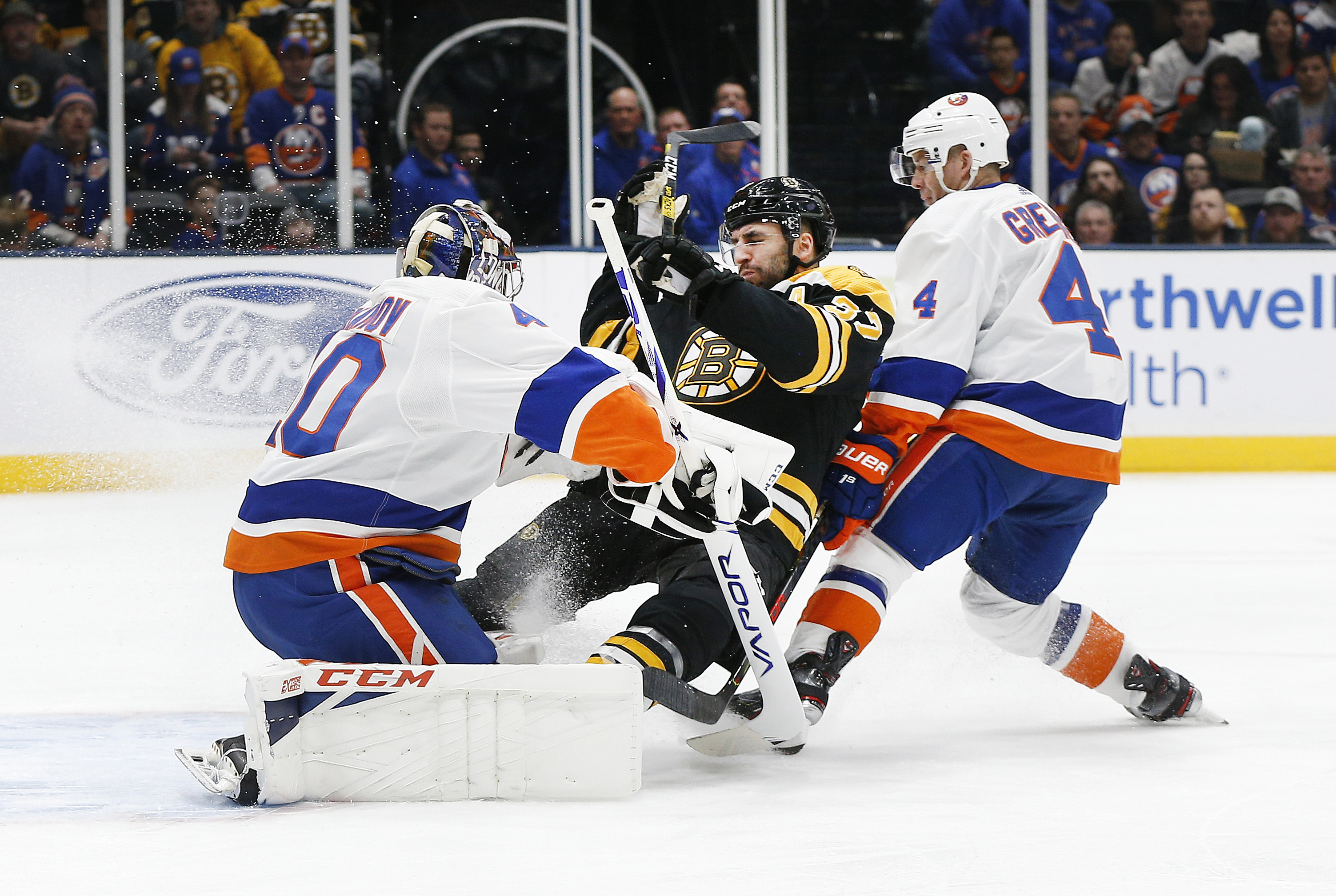 What Isles need to do to just get into playoffs

With 18 games left on the season’s schedule, the Islanders find themselves in the first wild-card spot in the Eastern Conference with 78 points.

Since the dramatic 10-game win streak and 17-game point streak earlier this season, the Islanders have played mediocre hockey, which has put the Islanders in a heated race for playoff positioning, with only three points separating them and an early golf season.

For the Islanders to make the playoffs there are a few things that need to happen.

The schedule gives the team a fairly good chance to at least keep their current position in the standings, with an opportunity to move up pending some big wins against tough opponents.

Out of the remaining 18 games, 10 of those matchups are against teams on the outside looking in. Games against the likes of the Canadiens, Blackhawks and Devils are very good opportunities to create separation. But, we have seen recently that the Islanders seem to play down to their weaker competition.

Throughout the season the Islanders have been shutout by the Ducks, dropped a game to the last-place Kings and lost to Montreal. Thus proving that playing weaker teams does not mean an automatic two points.

In games like this, the Islanders need to pressure those bad teams and find a way to bury on opportunities early and often. Holding the puck and cycling will result in a higher chance of drawing penalties, and even with a power-play at 17.4 percent (24th in NHL), earning extra opportunities can always help with growing confidence.

Last week, on Feb. 27, the Islanders blew a one-goal lead with under two minutes to play to the St. Louis Blues, which resulted in an overtime loss and a missed opportunity for a much needed extra point.

The more insane part of this game was the fact that the Islanders only registered 4 shots on goal in the second and third periods combined. They were dominated after playing such a strong first period against one of the best teams in the league.

On Saturday, the Bruins were able to just flat-out dominate the Islanders all game long, getting to every loose puck, as well as creating havoc for Semyon Varlamov in net. This a problem no one really expected to see because of the strong defensive system under head coach Barry Trotz.

The team needs its fourth line healthy. When Cal Clutterbuck, Casey Cizikas, and Matt Martin are out there together the team is alive right out of the gate.

Before starting against the Blues last week, Thomas Greiss had not played since being pulled in the shutout loss to the Nashville Predators in the middle of February. Greiss went another six games before getting the nod again.

Greiss stopped 29 of 32 shots and recorded his highest save percentage in his last five games, with a .906.

His new teammate Jean-Gabriel Pageau spoke about Greiss’s ability to get the team a much-needed point.

“Our goalie did a great job the whole game to keep us in it when they were pushing. I thought we played a pretty solid game. That’s an experienced team, they try to wear you down until the end. I think we have to be happy about our effort, but we can’t be satisfied.” – JG Pageau pic.twitter.com/pJzcQnQOQ5

With Varlamov appearing to take over the starting duties, the team will look to keep him fresh as the playoffs get closer. However, this only works if Greiss can play good enough to get points,

Since the All-Star-Break the German netminder is 2-2-1 with a .828 save percentage and has allowed 3.20 goals per game in that span. The team has averaged only three goals for in those five starts, resulting in the mediocre record.

The Islanders do not need Greiss to be perfect.

If he starts six of the remaining 16 games and can have a winning record with around a .900 save percentage — and get that goals-against to around a 2.75 — that bodes well for the team to make the playoffs in at least a wild card spot. He just needs to give the team a fighting chance each game.