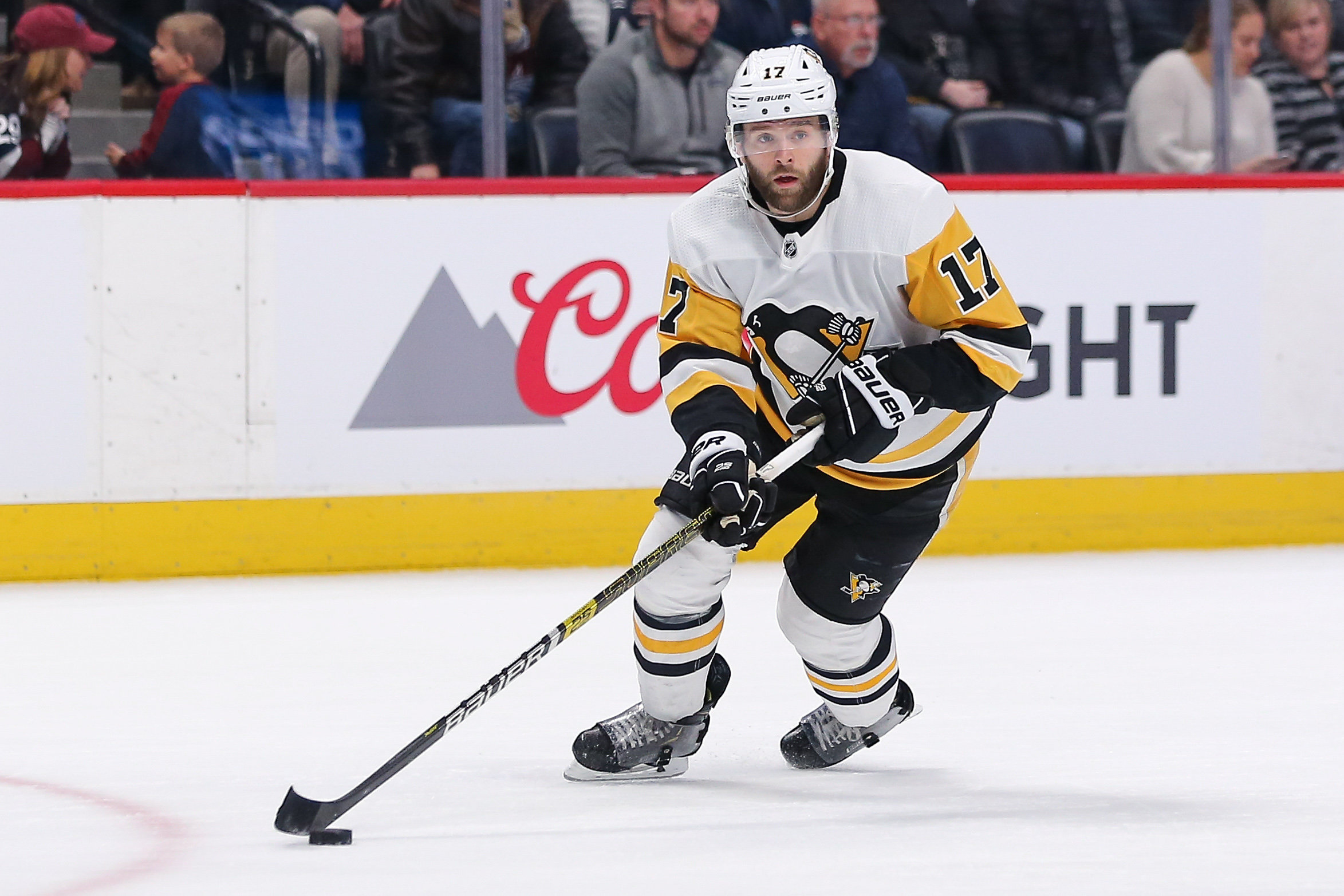 Rust scored his first goal of the hockey game with 45 seconds left in the first period on the power play from Sidney Crosby of Cole Harbour, Nova Scotia and Evgeni Malkin of Magnitogorsk, Russia. At the time, the Penguins went up 3-1.

Rust’s second goal came at 13:29 of the third period from Patrick Marleau of Swift Current, Saskatchewan and Malkin. At the time, the Penguins went up 6-3. Rust then notched his first National Hockey League career hat trick with 2:50 left in the hockey game to make the score 7-3 Pittsburgh.

Rust had his first career hat trick in an 8-5 Penguins win over the Ottawa Senators on December 5, 2016. He then scored three times in a 6-3 Penguins loss to the Chicago Blackhawks on December 12, 2018.

The Penguins are currently in third place in the Metropolitan Division. With a record of 38 wins, 21 regulation losses and six losses in extra time, they have 82 points. Pittsburgh currently leads the Carolina Hurricanes by seven points for a playoff spot.