Lamoriello: Boychuk is OK, no damage to eye 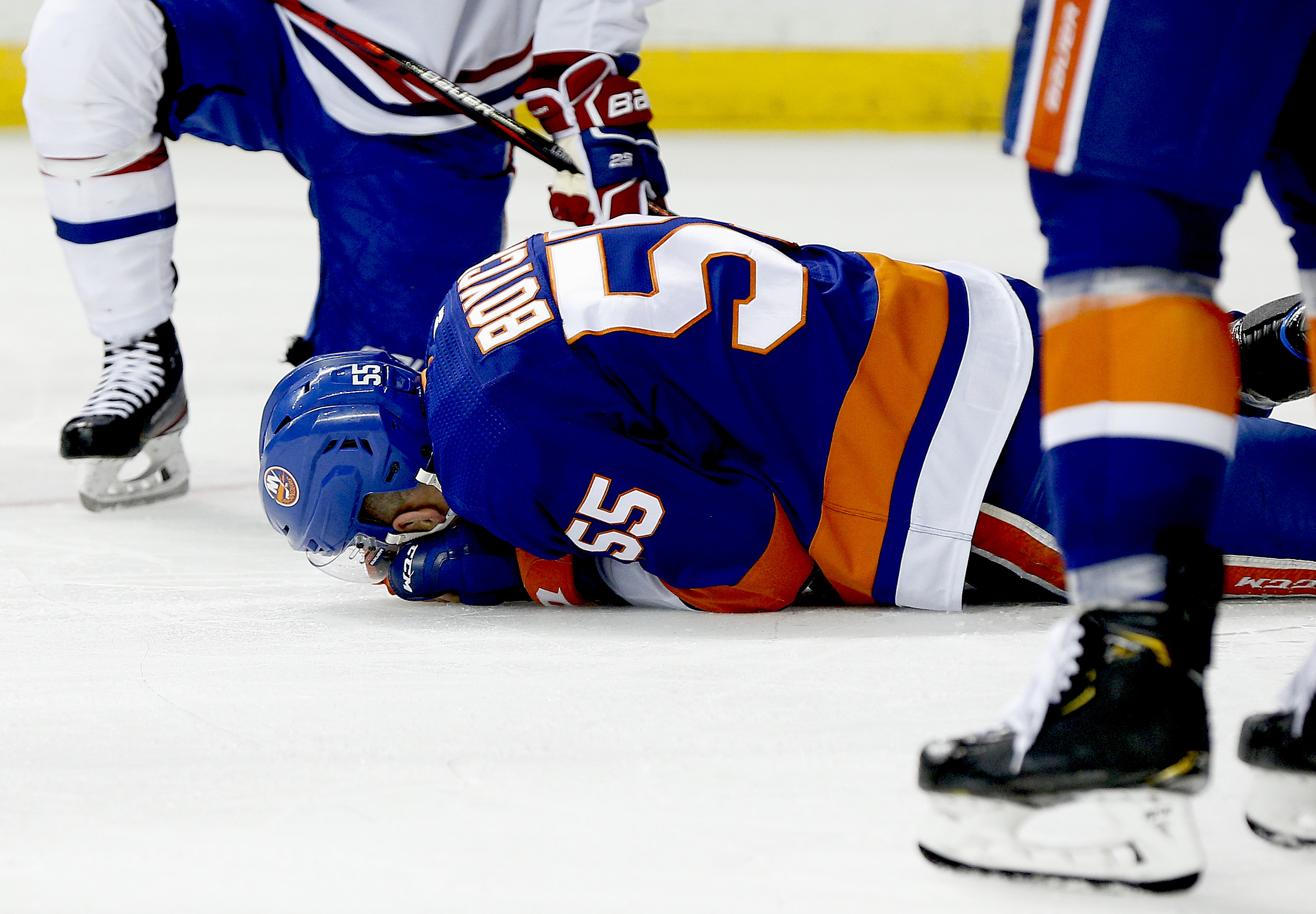 Lamoriello: Boychuk is OK, no damage to eye

The Islanders caught a break with Johnny Boychuk’s scary injury on Tuesday.

Boychuk is ok after taking a skate blade to the face, Islanders general manager Lou Lamoriello told reporters at the team’s practice facility on Wednesday. Boychuk got caught by Artturi Lehkonen’s skate on his eyelid and had to have 90 stitches.

“He’ll be fine,” Lamoriello said. “It’s just a matter of time with the eye opening-up and him feeling good.”

Boychuk Injury Update from Lou Lamoriello: “Johnny Boychuk is ok. Fortunately the skate blade just got the eyelid. It took 90 stitches for a plastic surgeon to fix. But he’ll be fine.” #Isles pic.twitter.com/vYfsx9MAYO

There is no timetable for Boychuk’s return, Lamoriello said, according to Brian Heyman. For the time being Noah Dobson will take his place, but Thomas Hickey could be recalled on an emergency basis with some other unspecified defensemen banged up.

Lou Lamoriello says there’s no timetable for Johnny Boychuk’s return, and that Noah Dobson will replace him. Said Thomas Hickey might be called up on an emergency basis because a couple other D are banged up. #NHL #Isles #Islanders