Three takeaways from the Islanders' 6-2 loss to the Canadiens 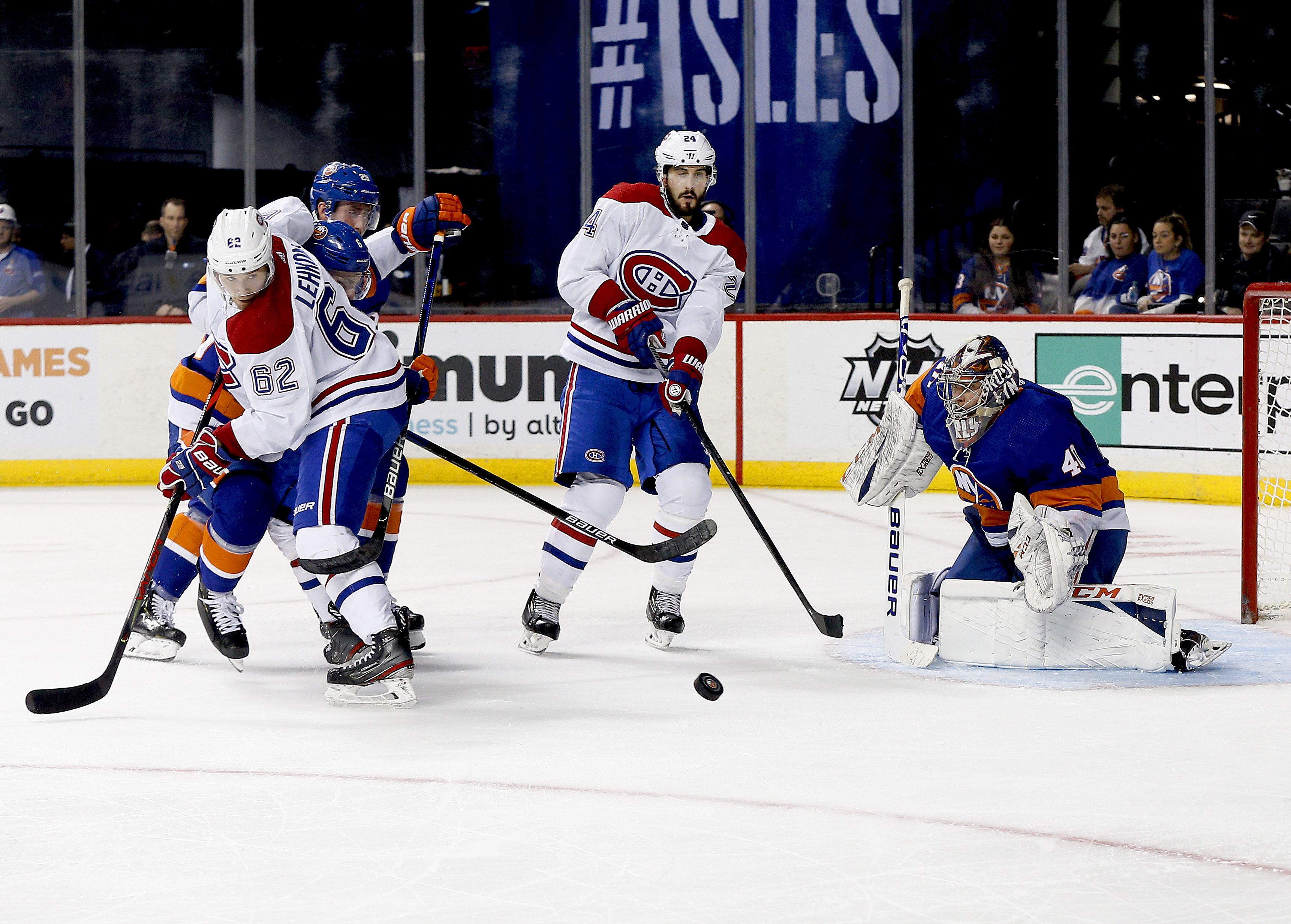 Three takeaways from the Islanders' 6-2 loss to the Canadiens

NEW YORK — Three goals in the first period sunk the Islanders on Tuesday night in Brooklyn. By the time Paul Byron scored shorthanded in the second-period things seemed all but out of reach in an eventual 6-2 loss to the Montreal Canadiens.

Brock Nelson and Ryan Pulock scored for the Islanders. Thomas Greiss made nine saves on 12 shots before he was pulled after the first period.

It took the Islanders 153:03 to finally end their goal drought, but by then it was too late. The Islanders were already down 4-0 to the lowly Habs and a comeback seemed out of reach. It looked briefly as though the Islanders ended their scoreless stretch 17 seconds into the third period, but the goal was waved off for a “distinct kicking motion” by Anders Lee.

Still, the Islanders’ offensive effort — even the team’s complete effort — just wasn’t nearly enough against a team that had lost seven of its last 10 games entering Tuesday. The Canadiens had also given up at least three goals in nine of those 10 contests.

For the third consecutive game, the Islanders were held to a low number of shots on net through the first 40 minutes. The Islanders put up just 14 shots — – seven in each period — in that span, which was just one more than they recorded in the first two periods in losses to the Boston Bruins and St. Louis Blues.

By comparison, the Canadiens had 17 shots on net and on their 12 in the first, they found the back of the net three times.

“No words really. I didn’t expect that,” Islanders coach Barry Trotz said about the team’s first period. “We had a pretty pointed meeting and a pretty pointed practice yesterday that we need to raise our battle level a little bit. … We need to put more skin in the game. You can’t win at this time of the year unless you put more skin in the game to earn points. We got exactly what we deserve today.”

Islanders getting sloppy with the puck

Gallagher’s first-period goal at 13:31 happened because the Islanders couldn’t clear the puck from their zone and Nick Leddy had the puck poked away from him along the boards. Devon Toews put the puck right on the stick of Hudon, who beat Greiss with a wrist shot at 18:34.

Another Toews turnover — in his own end with the Islanders on the power play — lead to a shorthanded goal for Montreal and Weal’s goal started with Pulock coughing up the puck at the blue line and leading to an odd-man rush.

“There’s a lot of things that aren’t going well,” Anders Lee said. “We’re gripping it tight because we want it to happen and little mistakes are turning into bigger mistakes. It’s just snowballing a little bit on us right now.”

Even a play earlier in the game nearly cost the Islanders. A drop pass in the offensive zone sprung the Canadiens for a two on one rush,  something that’s happened several times in previous games, but Leddy was able to get back and break up the play.

It was another rough outing for the Islanders netminder. Greiss finished ou the first period, but when the first 20 had been complete he had given up three goals on 12 shots and his night was done.

Semyon Varlamov finished out the game in net. Greiss was pulled in the Isles’ loss to the Nashville Predators after surrendering three goals on eight shots 13:33 into the game in the middle of February. Trotz hadn’t gone back to him until last Thursday’s loss to the St. Louis Blues.

“We weren’t good in front of him,” Trotz said about Greiss. “They got some pretty good looks and I just felt…I needed to change something there.”