5 rational thoughts about the hospital Celtics' victory over the Cavs 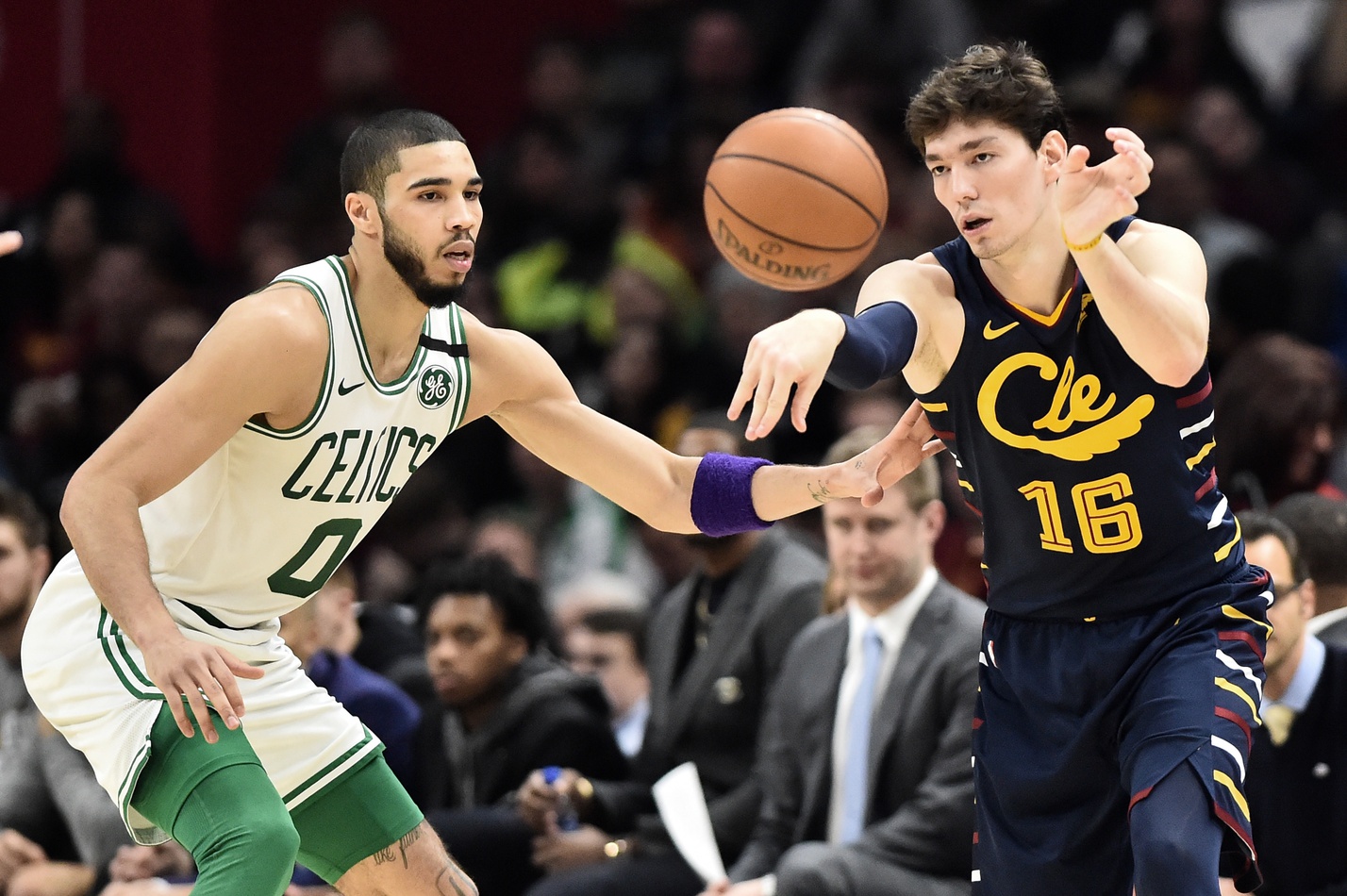 5 rational thoughts about the hospital Celtics' victory over the Cavs

Boston needed a win after the utter humiliation of their collapse against Brooklyn on Tuesday. They got one against ever-struggling Cleveland. It certainly wasn’t beautiful basketball, but that hardly mattered, because when you have a psychic wound like what that Nets game left AND you’re down three starters, all that counts is bouncing back, even if it’s in a herky-jerky manner. Let’s check out some of the key factors:

No one expected the Ojeleye Inquisition
I made that joke in my recap already. Sue me. I mean…we really were not expecting that! Even considering the low level of competition against a raw and injury-plagued Cavs team, even with the law of averages dictating that Semi would be reasonably likely to produce more than usual if he regularly played 30 minutes a night (i.e., if he were on a bad team), even knowing that his three-point shooting has improved (38% on 1.5 attempts per game)…

Those are not what we call world-beating stats! So him luchador-ing his way to 22 points, 6 rebounds, 2 assists and a block is surprising by any standard. Not to mention him returning to the game after a knee in the balls that would’ve put many men in tears. Terrific stuff.

(Sidebar: Can’t say I’ve heard anyone say “The Man Made of Granite,” but kudos to Basketball Reference for including it.)

The stability of Tatum
With Kemba Walker, Jaylen Brown and Gordon Hayward all out for reasons of varying severity, it was critical that Tatum returned after being sick for the Nets game.

No one could guard him effectively: Kevin Love abandoned defense back when LeBron James left the Cavs and wasn’t good at it then; Cedi Osman tries to defend wings and always fails, Larry Nance Jr. was busy with Boston’s big men, and as for the Sexton-Garland backcourt…woof. Plenty of open driving lanes and spots for Tatum to create his own shots off the dribble.

Overcoming rebounding limitations
When the Celtics aren’t fully healthy, they often have rebounding woes. This was definitely true last night, allowing 17 offensive rebounds for the Cavs (despite getting 13 of their own on that end and 49 total, just behind the Cavs’ 50). It was one of the reasons why the game was always so damn close, despite the Celtics objectively being magnitudes better than their opponent by any standard. The Cavs suck so much defensively that this wasn’t the fatal error it could’ve been, but it’s something to watch for if any starters are out for extended periods of time (again).

The resurgent bench
With the passing of the trade deadline and buyout market cutoff, as well as a few games where the starters thoroughly dominated the scoring, there’s been no shortage of flak coming toward the Celtics bench. And some of it has been entirely valid. But tonight—and in the Nets game, regardless of its outcome—the reserves made major contributions. Beyond Semi and Enes Kanter (who had 10 along with 11 rebounds and a steal), Tremont Waters had 5-2-2 and brought much-needed energy bursts, while Grant Williams and Brad Wanamaker handled starting roles with aplomb.

TIMELORD BACK
The degree to which Boston’s rotation needed reinforcement at the 5 cannot possibly be understated. Thus far, Rob Williams has contributed well in his two games back: 10 points in the Nets game; 6 points, 5 boards and 3 BLOCKS in last night’s contest.

We all did, Celtics social media person. We all did.