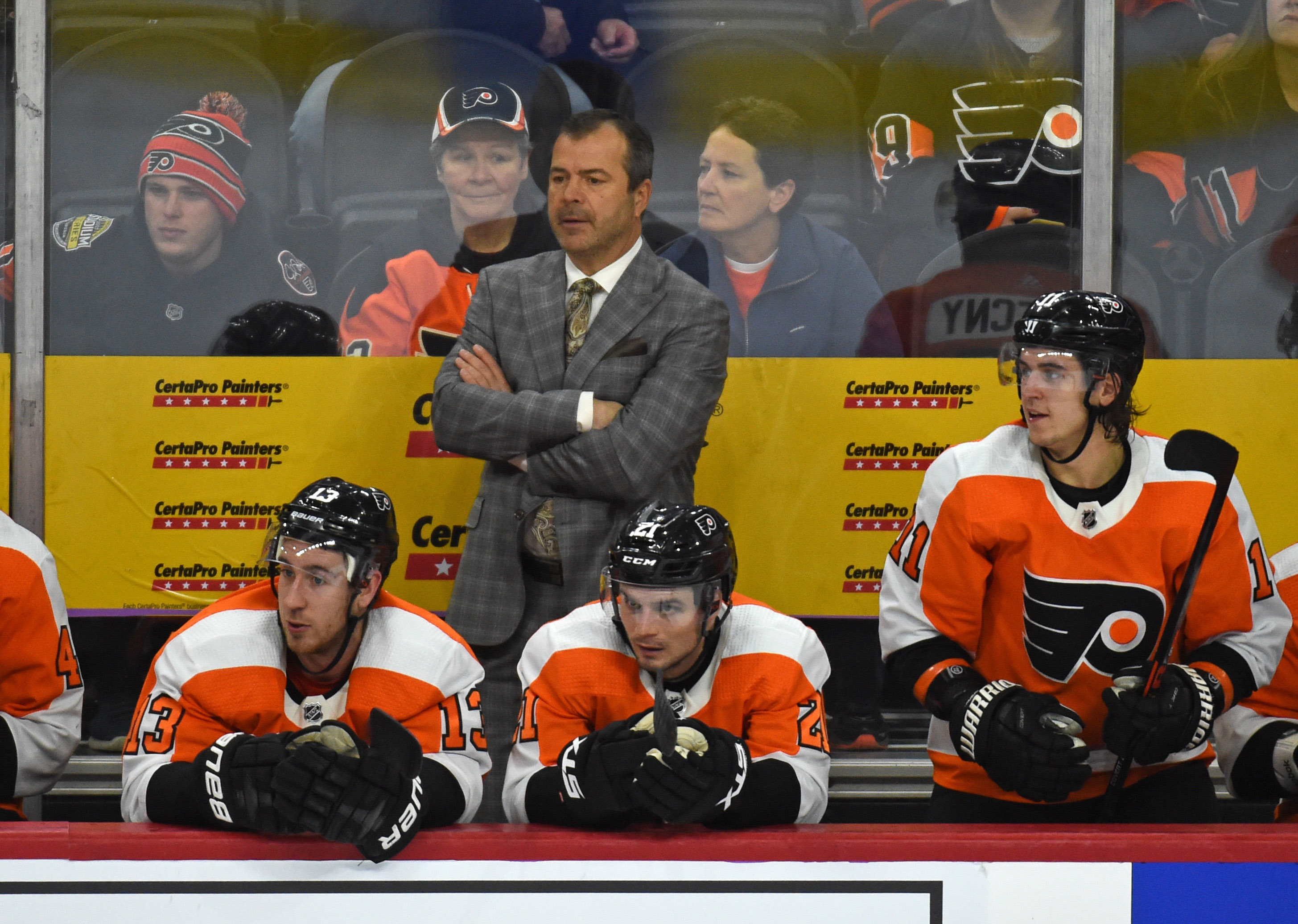 The Philadelphia Flyers are currently in second place in the Metropolitan Division. With a record of 39 wins, 29 regulation losses and seven losses in extra time for 85 points, not many expected Philadelphia to contend with the Washington Capitals for first place.

However that is exactly where Philadelphia finds themselves with 16 games left in the regular season. By having a seven game winning streak, and a record of eight wins and two losses in their last 10 games, Philadelphia is only one point back of Washington for the division lead.

The Flyers are winning games despite the fact that not one player on the roster is averaging more than one point per game. Goaltenders Carter Hart and Brian Elliott have been productive, but not spectacular.

So why has Philadelphia all of a sudden been in the conversation as an organization that could make some noise in 2019-20? You have to point to their head coach Alain Vigneault of Quebec City, Quebec, who was quite simply done a marvelous job as the bench boss in his first year with the Flyers.

Prior to coaching Philadelphia, Vigneault spent 16 seasons in the National Hockey League coaching the Montreal Canadiens, Vancouver Canucks and New York Rangers. He had a record of 648 wins, 435 losses, 35 ties and 98 losses in extra time. Twice, Vigneault guided his team to the Stanley Cup Final. The first time with the Canucks in 2011 and the second time with the New York Rangers in 2014. In 2011, the Canucks came within one win away from winning the Stanley Cup before losing to the Boston Bruins. Three years later, New York lost in five games to the Los Angeles Kings.

What Vigneault has been able to bring this season is poise to the bench. The experience he has brought invaluable. Now we will have to wait and see if he has what it takes to help the Flyers win their first Stanley Cup since 1975.