Is Hickey a better option in Boychuk's absence? 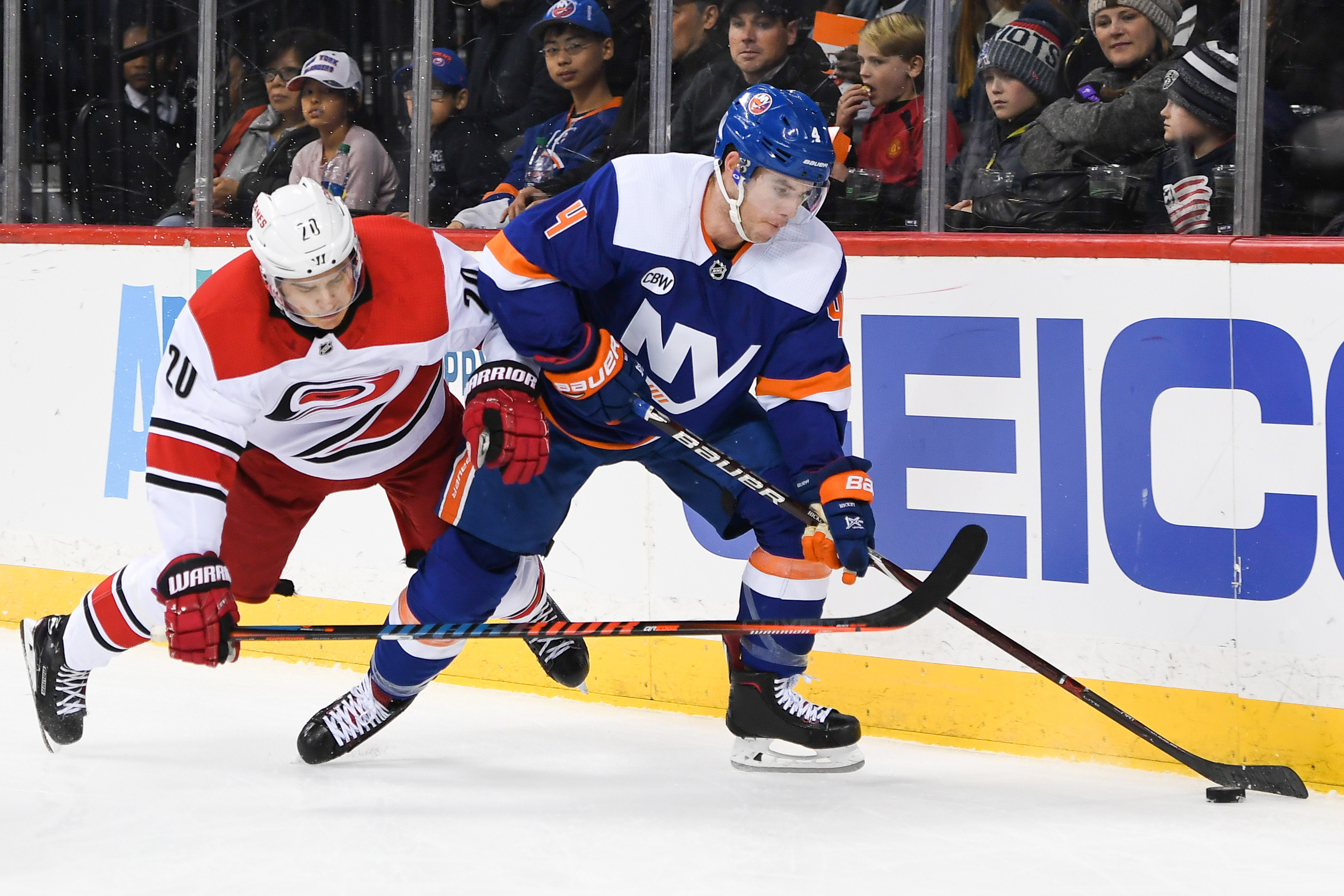 Is Hickey a better option in Boychuk's absence?

It’s unclear when Johnny Boychuk will be back on the ice after taking a skate blade to the face in Tuesday’s lopsided loss to the Montreal Canadiens, so the Islanders have a decision to make on the back end. Who will fill in for Boychuk while he’s out?

Now the obvious decision is to throw in rookie Noah Dobson, who saw significant playing time once Adam Pelech went down. In 31 games, Dobson has one goal and four assists.

However, he lost his spot when the Islanders traded for Andy Greene in February.

Dobson’s first go-around at the NHL level has shown just how good he can be as he develops, but it also highlighted the process will take some time as he adjusts to the pro levels.

He has made a handful of mistakes that have resulted in the puck going into the Islanders’ net. In a time when the Islanders are not scoring, the defense needs to be as strong as it can be.

The 20-year old has tremendous upside to his game and has improved on each shift he has received in the NHL, but mistakes are inevitable.

Dobson is not the only option to replace Boychuk for the time being with veteran defenseman Thomas Hickey waiting in the minors. The 31-year old has not played in the NHL this season and recently returned from an injury.

Had Hickey been healthy he likely would have been back in the lineup after Pelech went down with an injury earlier in the season.

Hickey was recalled by the Islanders on an emergency basis on Thursday.

Hickey, in 14 games with the Bridgeport Sound Tigers, has just three assists, with a plus-3 rating. Now, this is a small sample size, but we have seen Hickey and what he is capable of.

Before an injury-riddled 2018-19 campaign derailed his things,  Hickey was fresh off a career year. With five goals and 20 assists, he broke his career-high in points with 25, as well as recording a career-high plus-25. He even took the fewest penalty minutes of his career with 24 in 69 games.

Hickey struggled the following year, taking 33 penalty minutes in 40 games, which was one of the reasons he was demoted to the AHL.

Injuries and Hickey’s inability to rebound resulted in Ryan Pulock, Devon Toews, Scott Mayfield, and Adam Pelech jumping him on the depth chart.

Finally healthy, Hickey can add a spark to a team that seems to need it. After two rough losses, the team could use something to shake up the locker room while adding a familiar face in the process.

For a guy that stands at 6’0 even and weighs 183 pounds, he has the ability to throw his body around.

THOMAS HICKEY DESTROYS MILAN LUCIC (AND HIMSELF) WITH A GREAT HIT! pic.twitter.com/ocJZHd4YeG

The Calgary native is not a player that lights the lamp on a regular basis, but neither has Dobson. And taking a look at more in-depth statistics, Hickey has the upper-hand.

Dobson has averaged 0.71 giveaways per game while registering 0.26 takeaways in his 31 games with the Isles. He is also laying the body 0.68 times in each tilt while also blocking shots at a rate of .903 times each game.

In 449 NHL games, Thomas Hickey is averaging 0.67 giveaways per game, while registering 0.32 takeaways. Not that different when compared to Dobson.

Despite not playing an NHL game this season, Hickey averaged 1.1 hits and is blocked 1.53 shots over the course of his career.

Who is to say that Hickey will not make costly mistakes if he was given the opportunity, but with the Islanders’ situation becoming more dire as the days go on it may be worth the risk. Adding a veteran defenseman could bode well for consistency on the back end until Boychuk can return.