Jimmy Graham’s Tenure in Green Bay Largely a Disappointing One 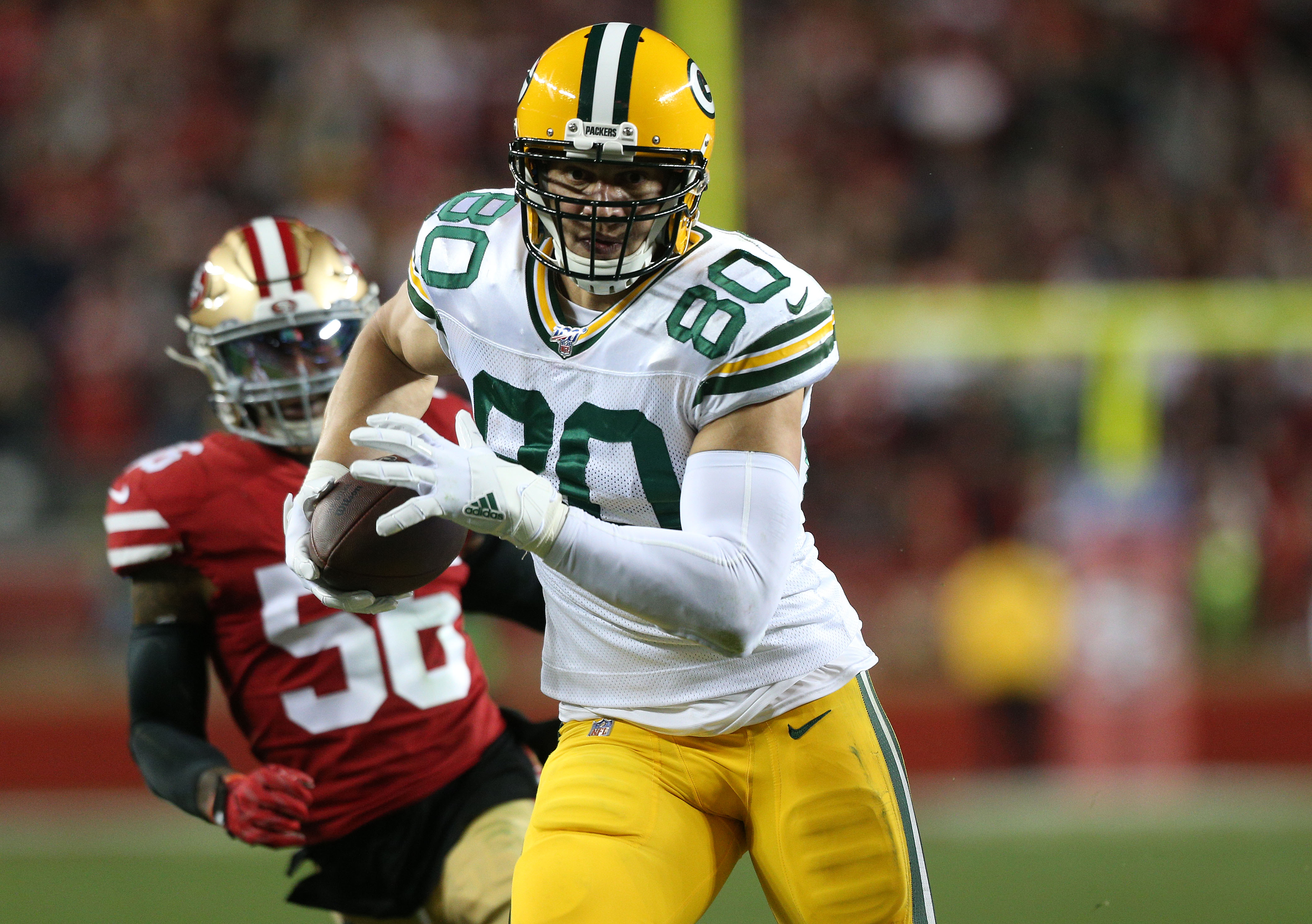 Jimmy Graham’s Tenure in Green Bay Largely a Disappointing One

According to several reports, the Packers will be cutting ties with tight end Jimmy Graham before free agency gets under way later this month. By releasing Graham, the Packers could save approximately $8 million in cap space this season which may help them sign additional players. Unfortunately, Graham was not able to live up to the high expectations set for him when he joined the Packers prior to the 2018 season.

Graham’s time in Green Bay started with a lot of promise. The former University of Miami product was the first big free agent signing by new GM Brian Gutekunst. The Packers signed Graham to a three-year, $30 million contract that included an $11 million signing bonus and made him the highest paid tight end in the league.

The addition of Graham was supposed to give the Packers a receiving threat at tight end which they really didn’t have since Jermichael Finley was forced to retire due to injury in 2013. Graham was a Pro Bowl tight end in 2017 and had 10 touchdown passes out of 57 total receptions with Seattle.

The thought was that having Rodgers as his quarterback would help improve Graham’s numbers and that he would provide an excellent red zone target for Rodgers.

Here’s what Rodgers said about Graham early in training camp of his first season in Green Bay. “He’s a big target, he catches the ball with his hands. We haven’t had a guy like that around here in a while,” Rodgers said. “He’s got a great feel for coverages, getting open, he uses his body really well, runs good routes. And he’s a matchup issue. We haven’t had a consistent matchup issue guy like that for a long time.”

Unfortunately, that matchup issue Rodgers spoke about never consistently panned out. Graham struggled to gain separation from opposing defenders and had some trouble holding on to the football. The speed that made him an elite tight end in New Orleans and to a lesser extent in Seattle had diminished. He was now very average.

In his first season in Green Bay, the Packers new $30 million man caught only 55 passes for 636 yards and just two touchdowns.

Graham still had his moments. He had three games with six catches or more including an eight-catch effort in Green Bay’s disappointing loss to the Arizona Cardinals. Against the 49ers in Week 6, Graham had 104 receiving yards on five catches in what would be his final 100-plus yard effort.

The thing about Graham was that he always worked hard and always cared. Head coach Matt LaFleur noted during the 2019 season, “I think Jimmy’s a pro. He’s a perfectionist, too, and he gets down on himself when he doesn’t do it the right way. That’s one thing I’ve challenged him. ‘Hey, listen, you’re out here learning. Mistakes are going to happen. When they happen, everybody’s looking at you. You can’t blink.’ I want him to keep a positive outlook whether he’s making a great play, or he has to have a learning experience from not doing something quite right. I’m really excited about him. I think he brings that veteran presence, especially to that room.”

The Packers were hoping Graham would be a good fit in LaFleur’s new offense in 2019, but that didn’t really pan out either. His numbers fell further, to just 38 catches for 447 yards and three touchdowns. In six games, Graham had one catch or fewer including back-to-back contests in Weeks 2 and 3 where he was held without a reception altogether. He never gained more than 65 yards in any game this past season.

The problem was never Graham’s lack of effort or heart. The problem was that the Packers were paying Graham like he was the best tight end in the NFL, and he was performing like a replacement-level starter. The NFL in the salary cap era is a what have you done for me lately league and Graham’s production didn’t come close to matching his salary.

Graham had his best game of the season in the Packers playoff win over the Seahawks. He made three clutch catches for 49 yards including the game-clinching first down in the final minute that helped Green Bay run out the clock. All three of his receptions resulted in key first downs.

“Pretty happy for Jimmy to have a couple really big impact plays for us,” Rodgers told reporters after the game. “All his catches I believe were on third down, all conversions. He’s a great friend, great teammate and I’m really happy that he made those plays.”

So now the Packers will look to move on from Jimmy Graham. Graham has indicated he wants to continue playing next season, but it will almost certainly not be in Green Bay. His time with the Packers will be remembered as a disappointment but his teammates certainly appreciated his effort and his heart even if the results weren’t always there.