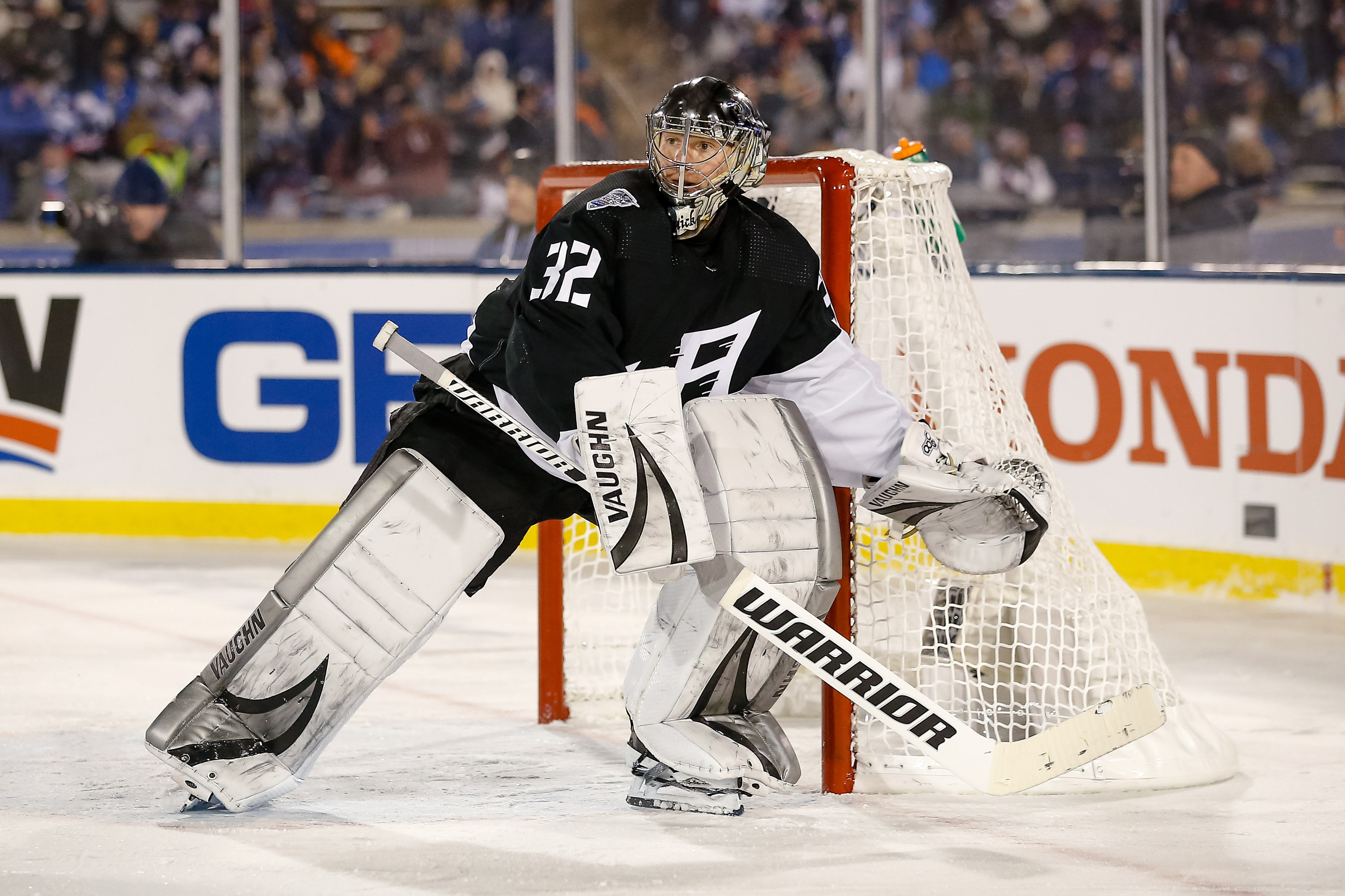 Jonathan Quick of Milford, CT has had a marvelous 13 year National Hockey League career. Even though the Los Angeles Kings are clearly in a rebuilding phase, there is no doubt that Quick still has what it takes to perform at a high level.

On Thursday, Quick picked up his first NHL shutout of the season and 52nd shutout of his career as the Kings defeated the Toronto Maple Leafs 1-0 in a shootout at the Staples Center in southern California. In a unique situation in the NHL, both goaltenders actually picked up shutouts on Thursday. Toronto Maple Leafs netminder Frederik Andersen of Herning, Denmark also picked up a shutout (but not the win) as he stopped the Kings shooters in regulation time and overtime before giving up goals to Anze Kopitar of Jesenice, Slovenia and Adrian Kempe of Kramfors, Sweden in the shootout. Quick also gave up a goal in the shootout as William Nylander’s shot passed the goal line.

On the season, Quick has a record of 15 wins, 22 regulation losses and four losses in extra time. He has a goals against average of 2.83 and a save percentage of .903.

Despite being last in the Western Conference with 58 wins, the Kings are red hot as of late. They have won four straight games. The other three wins in the streak came in a 2-1 win over the Pittsburgh Penguins on February 26, in a 2-1 overtime win over the New Jersey Devils on February 29 and in a 4-1 win over the Vegas Golden Knights on March 1.