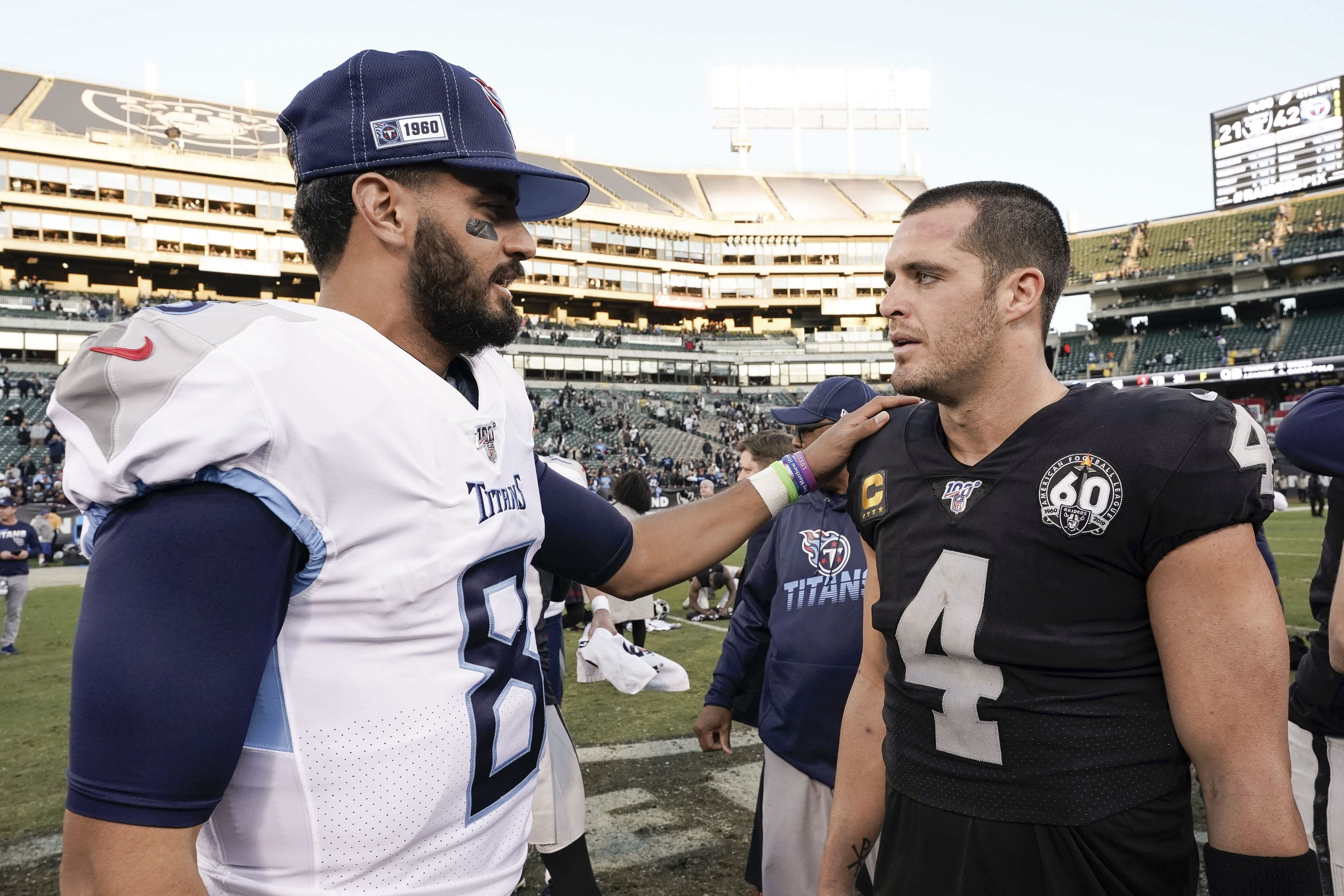 The Las Vegas Raiders were one of the first teams to show their interest in signing Tom Brady, but while it looks as if they’re still dipping their feet in the pool, they appear to be backing out of the race.

It’s unclear how interested Brady really was in playing in Las Vegas, given the uncertainty of playing for a team that’s in the first year of a relocation, as well as a continual rebuild. Not only that, Vegas isn’t really a family-friendly area, and Brady and Gisele may not want to raise their two boys there.

As such, it’s been rumored that Tennessee and (now) San Francisco are more attractive destinations, so maybe that’s why the Raiders are setting their sights on Marcus Mariota instead, according to Mike Garafolo of NFL Network.

Mike Mayock's No. 1 ranked QB in 2015. Of course, Mariota will have other options and the Raiders will explore other QBs so no guarantee it comes together. But he's in the mix for sure. https://t.co/lSlxMLcT2z

It’s interesting that Mayock, who once worked for NFL Network as a draft analyst, scouted Mariota high when he was looking at him. Maybe Mariota will have a career revival in Las Vegas. Crazier things have happened.

The X-Factor here is what becomes of Derek Carr. Signing Mariota would likely mean he’d compete with Carr for the starting job, and the Raiders could then draft a young quarterback as well.