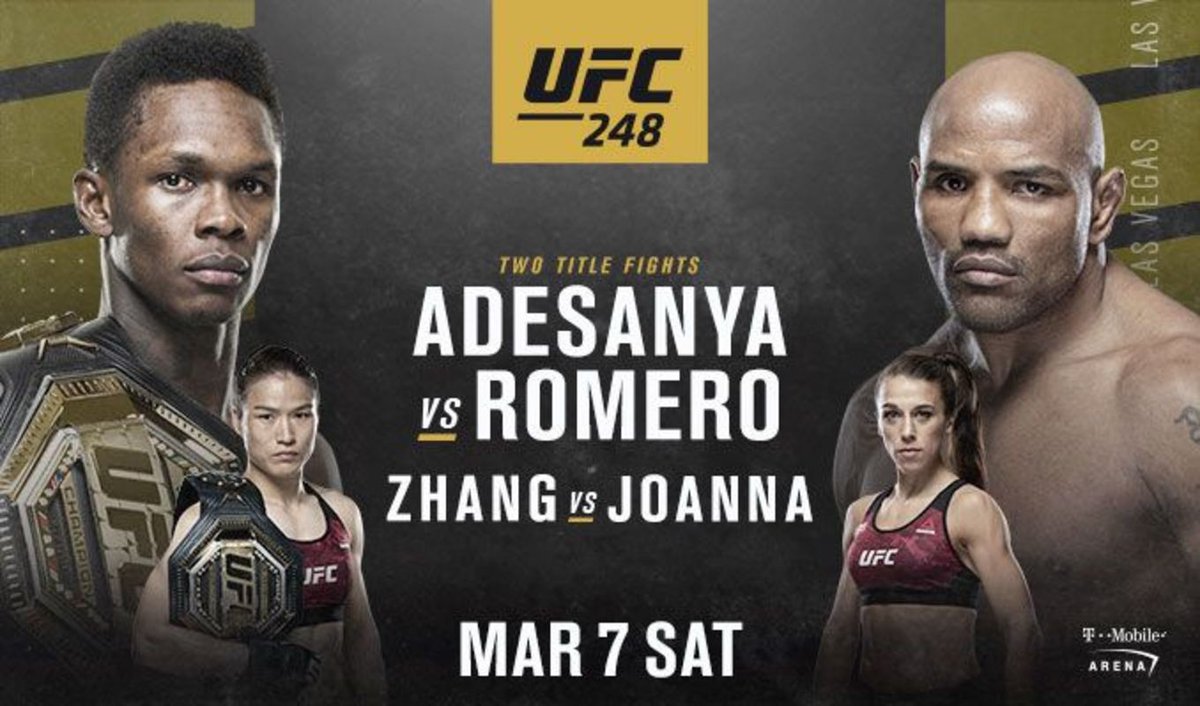 Luke Irwin: You may be thinking why on Earth is Romero, currently riding a two-fight losing streak fighting for the title? Well, it’s a little complicated. You often don’t hear of a champion calling out a challenger, but Izzy isn’t like most fighters. With Paulo Costa on the shelf, Adesanya looked to Romero, whom he thought beat Costa, as his next challenge. Romero’s pressure and strength shouldn’t matter a ton of Izzy, as he’s fluid enough to get out of trouble situations, and can dot up Romero good, and could drop him a couple times. I think that damage will add up, maybe with Romero banking a round or two, but I see his style getting bent in the title rounds. Adesanya via R5 TKO.

Luke: 5’0″, 5’3″, 5’1″, 5’1″. What are those? The heights of Weili’s opponents in the UFC. Zhang hasn’t faced anyone near Joanna’s size in the UFC, and Joanna has never lost to someone with Zhang’s height and reach. So what this comes down to is if Jedrzejczyk can use her length and avoid getting inside Weili’s tornado of an inside game, she can outpoint her over twenty-five minutes. Will Joanna do that? She hasn’t exactly fought smart lately. I’ll roll the dice and say she puts her pride aside and fights smarter, not harder, and squeezes out a points win. Jedrzejczyk via UD.

Luke: I like this matchup. These two are pretty evenly-matched despite their games being vastly different. Dariush is coming off two submissions and POTN bonuses, while Klose’s game is much more methodical. So it comes down to whether or not Klose can control the tempo and fight his fight. He’s the underdog, but I think he’s the one whose streak continues. Klose via SD.

Luke: These next two fights are your non-title choices for FOTN. Magny, at this point in his career, isn’t really into his submission game at all and is perfectly fine with striking. Which, to our delight as fans, Li is more than happy to reciprocate! I don’t think this will be as wild as Oliveira and Griffin, but it’ll come down to who lands a big shot and follows up on it. Jingliang can put in a lot of body work on the 6’3″ Magny. Jingliang via R3 TKO.

Luke: Now we’ve made it to the Fireworks Factory! Both fighters have chins made of quartz, so it’s all going to come down to pressure, and who will bank enough points. Should be razor-thin. Oliveira via SD.