Could Shabazz Napier be a part of the Wizards' future? 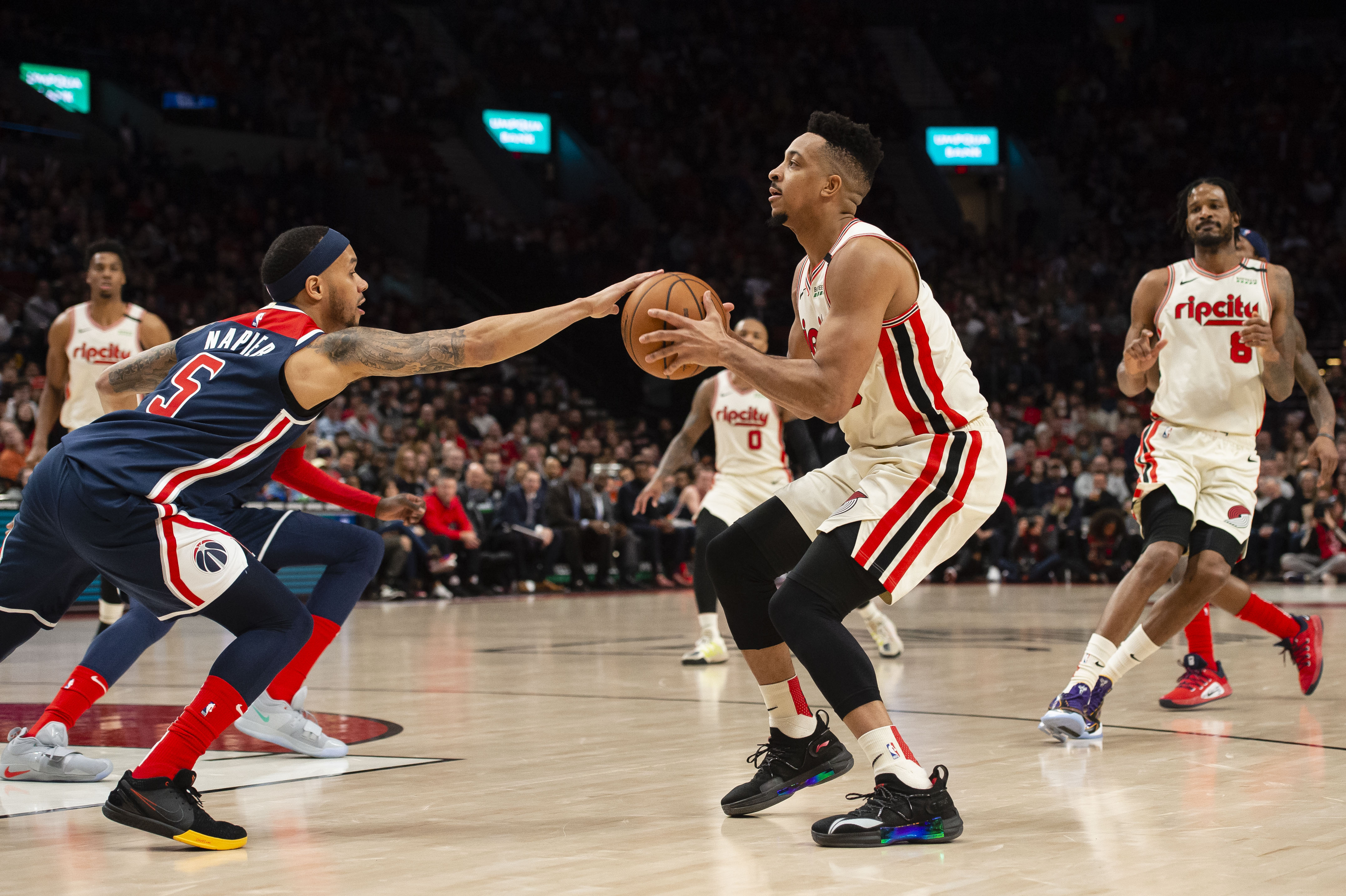 Could Shabazz Napier be a part of the Wizards' future?

The Washington Wizards 2019-20 season has been full of fringe moves from first-year general manager Tommy Sheppard. One included acquiring college national champion Shabazz Napier for Jordan McRae, a liked scorer Washington probably decided they were not going to overpay to retain. Napier was needed to play point guard with Ish Smith after Isaiah Thomas was used in the Jerome Robinson trade.

Napier, 28, was forced into the starting role a couple weeks ago and remains there due to a hamstring injury to Smith that will sideline for at least a couple more games if not longer. In 13 games with Washington, he has averaged 10.2 points and 4.1 assists in 23.1 minutes per game. Those numbers went up after the UConn product dropped 27 points, seven assists, and four steals against the Miami Heat.

“Bazz is more than capable of doing that, I’ve been telling him that,” Bradley Beal explained about his latest point guard in replacement of John Wall. “We are probably going to need a little bit more out of him. I know he loves to get guys going and facilitate, but we need him to be a little bit more aggressive for us too, look for his self and look for his shots too. He had a great night, DB [Davis Bertans] as well. He shots the lights off of it. We just got to continue to incorporate them into the fourth more.”

The 6-foot point guard is an unrestricted free agent in a few months and gave the politically correct answer when asked if that impacts how he plays for Washington. He seems sincere, his teammates view him as a pass-first point guard and Napier explained how to a degree he is just happy to be playing basketball because not many people of his size do.

“Honestly, the player I am – even though I made a couple shots tonight – I’m not trying to look for mine,” Napier said about the possible feeling he had to yield to Beal late in the game despite being hot. “I’m just trying to let the game go. Sometimes it gets me in trouble because I head fake or I pump fake a shot and I mess up my rhythm. Bradley’s been shooting the ball terrifically for the past 20-something games. My job is to try to help him out in any type of way – whether it be scoring the ball or getting him the ball in the right spots. I thought he had some great open shots. He had a lot of tough shots, but he makes those shots. For me, it’s just going out there and playing basketball and hopefully, I make the right read. We all understand that no one’s perfect.”

On the flip side, Napier is probably looking for more than a veteran minimum contract and the Wizards already have $6 million committed to the second year of Ish Smith’s contract meant for him to back up John Wall. Can Tommy Sheppard really justify having his third-string point guard making anything besides the minimum given his already tight salary cap money? I do not think so meaning Napier will likely have a new place to call home next season unless Washington were to favor him over Smith.