Your Morning Dump... Where the Celtics have reached a new low 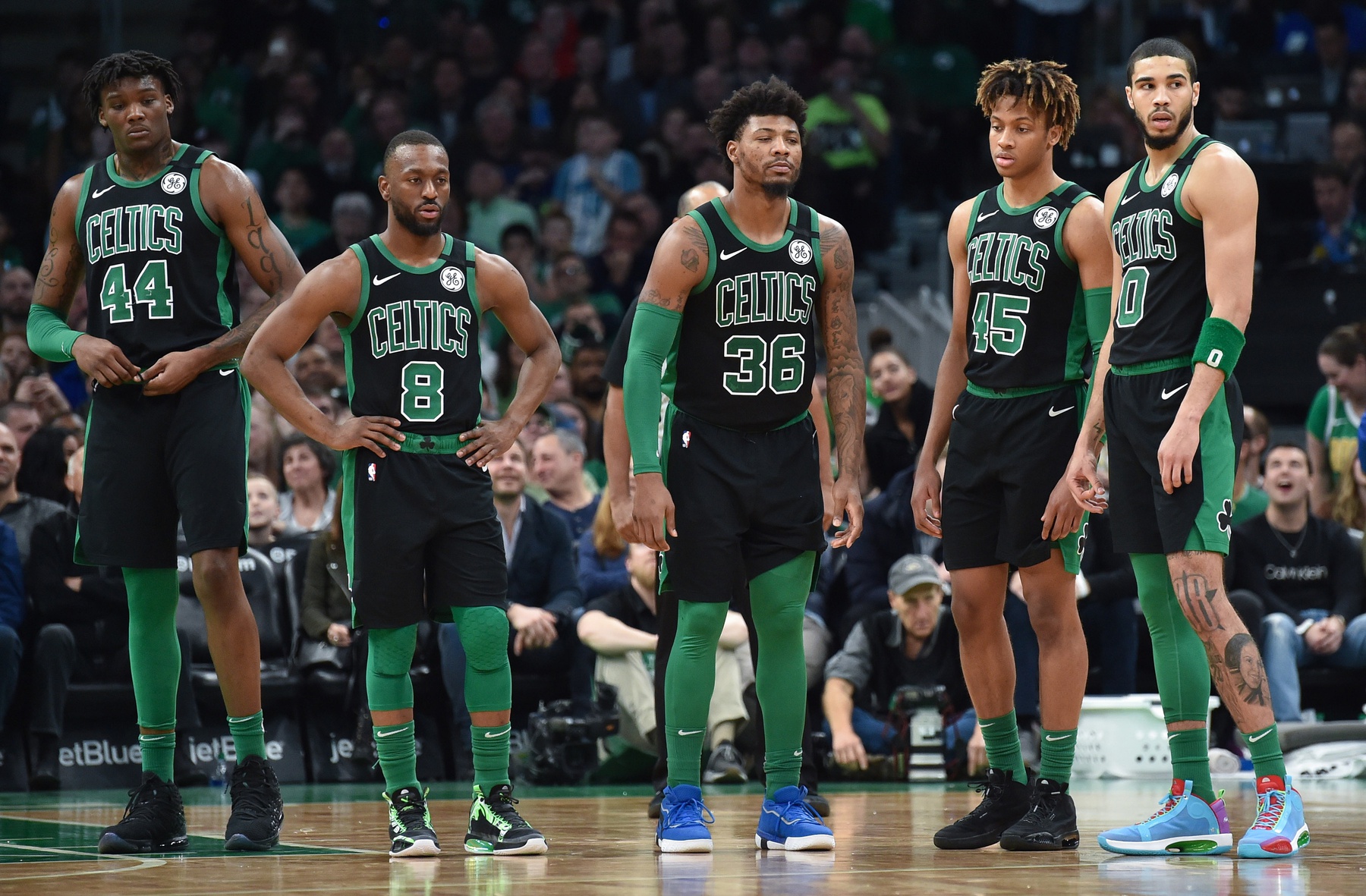 Your Morning Dump... Where the Celtics have reached a new low

The Celtics have now lost four consecutive home games, and their march toward the No. 2 seed in the Eastern Conference playoffs has stalled. However, two of the losses came in overtime, and this one was by a single point after a wild series of events in the final seconds. The results are what matter, but the Celtics are at least confident that they are not too far off from resuming their charge.

“We have to try to not get too high on the highs or too low on the lows, and this is a low for us,” forward Gordon Hayward said. “We have to try to build ourselves, crawl ourselves back out of it. I think we’ll find it again. We’re still the same team. We’ve just got to lift each other up.”

Another maddening loss for the Celtics.

Brad Stevens (and the players) will always preach about building better habits throughout this regular season journey, The focus will be on the lessons and not the outcomes.

But, in reality, the Celtics will eventually pay the price for some of these outcomes. That price will likely be a Game 7 loss in Toronto in the 2nd round. Or worse, a second-round match-up with the Bucks.

A couple of things are really bothering me:

Stevens just can’t seem to get the “when should I call a time-out” thing right.

Gordon Hayward (24 points) gets passive when the team needs him to score (0-1 FG/1-2 FTs in the 4th quarter last night).

On the season, Hayward is 5th in points, FGA and FTA in the 4th quarter.

Cool your jets, Hayward stans. I’m not blaming Gordon. I’m simply relaying facts. If anything, I want him to take more shots. Or in this case, one more shot.

I don’t have the answers and apparently, neither does Stevens. Chemistry and efficiency can be challenging when you consider all the teams’ injuries and Tatum’s emergence as a superstar.

The problem for the Celtics is that there are bigger concerns with Walker beyond his late-game struggles with turnovers lately. The point guard has been in a brutal shooting slump ever since his knee soreness popped up back in January. Even with two extended breaks mixed in for rest and recovery (nine games missed since Feb. 1), Walker has shown no signs of playing like his usual All-Star self. A look at his numbers since Feb 1st.

Walker has not shot above 40 percent from the field in a game since January 26, turning himself into a high volume, low-efficiency shooter over the past month.

Walker says his knee is fine, but I’ve seen him miss a few point-blank lay-ups at the rim.

If this skid is nothing more than a slump, then I’m confident he’ll rebound. But if it’s injury-related, then the Celtics have problems.

And finally, another mindnumbing officiating gaffe.

How three officials can fail to call this double-dribble is beyond me. But this type of gaffe seems commonplace this season.

Herald – Kemba frustrated with turnover | With more on the line, Cs continue down uneasy path