Your Morning Dump... Where the C's need to get their mojo back 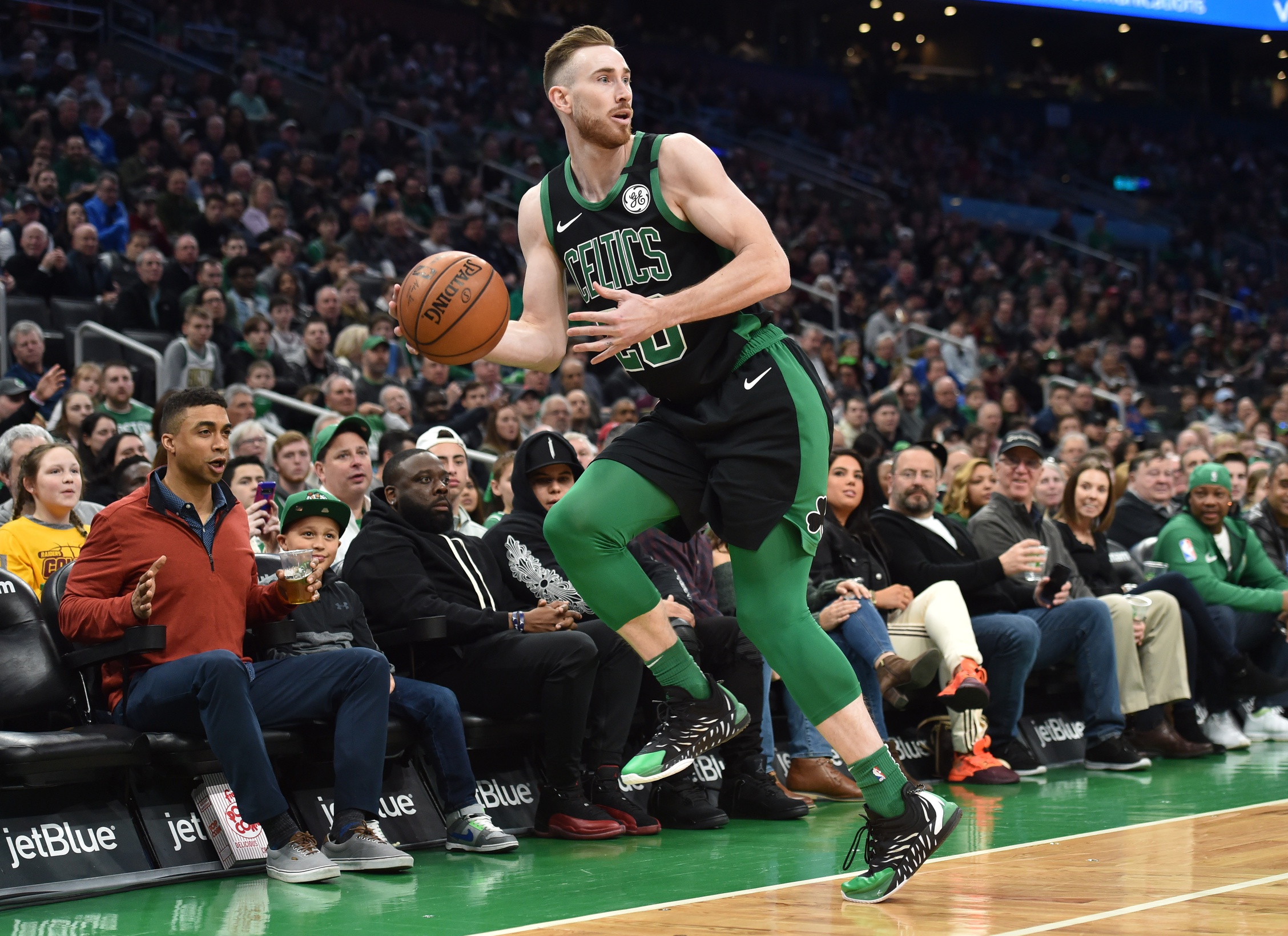 Your Morning Dump... Where the C's need to get their mojo back

Despite the potholes of the last several days, if there’s one thing in which Walker remains confident, it’s that these Celtics won’t splinter.

Asked what fixes their current issues, Gordon Hayward said, “I mean, I think winning fixes everything, and just sharpening up a little bit here or there — certainly sharpening up defensively at the end of quarters. Making sure that we’re locked in to our game plan and stuff would definitely help us.

“But on all of these close games, if we win them, we’re not sitting here talking about what we’re talking about. That’s kind of just the way it works. We’ve just got to try to win some games here.

On the one hand, I’m not happy that the C’s have now lost five of nine since the All-Star game.

But, on the other hand, they’ve lost those five games by 18 points total. Three of the five losses were by one or two points.

Those are games that, statistically speaking, should be treated as ties, not as losses. Which is to say, the C’s did enough to win those games, but didn’t. Close games are dominated by noise. As Hayward points out, if the C’s win those games, despite being shorthanded, we’re having a very different discussion.

And that’s the other factor we have to look at here. The C’s have been missing first Kemba Walker and then Jaylen Brown. That’s about 20 points per game that’s been on the shelf ever since the All-Star break.

Ultimately, the postseason is going to come down to player health. Yes, if the C’s drop to the fourth seed they’ll be playing Milwaukee in the second round, but they have to assume they’ll be playing Milwaukee no matter what. If they play them in the second round or the ECF they’re still the Celtics and the Bucks are still the Bucks, and it’s going to come down to health not seeding.

Sure, it’d be nice if the C’s had won all those close games, and we’re looking at a 7-2 record since the All-Star break, but that would still be a net differential of -11. The difference between winning and losing those games comes down to a total of three more made baskets out of 827 shots taken over that nine game stretch.

But that’s just my perspective from the sidelines.

For the players, going 4-5 has a tangibly different feel than going 7-2, even if the gap between those records boils down to a .4% difference in FG%, but that’s also where I’m more confident in this year’s team than last year’s.

Last year’s team had a variety of bad habits that manifested themselves in bad losses. In this recent stretch, the only losses that, from my perspective, come down to unquestionably poor play were the Utah and Brooklyn games, and the Utah game was basically a hangover game from the Nets catastrophe (last year’s team specialized in hangover losses). True, the C’s followed up the Jazz loss with another loss, but they didn’t let the stink of the Nets and Jazz games carry over to a third game. The third game basically came down to a coin flip.

Yeah, the C’s called heads and the coin came up tails, but that’s just one of those things.

Reporting with @WindhorstESPN: NBA is planning to limit locker room access to only players and essential team personnel in wake of coronavirus. Teams are also instructed to create a 6-to-8 foot distance between players and media in availability sessions outside locker rooms.

This decision, which the league claims is on the recommendation of infectious disease and public health experts, will drastically limit stories outside of normal game coverage. Most reporters get the bulk of their material for in-depth stories outside of scrums, often in 1-on-1 conversations with players.

My wife and I enjoy indulging in trips to Savers. There are a variety of reasons for this. The first is the strange, strange, strange people that shop there and work there.

Last night, some guy approached us and very quietly said, “would you like to see the female image of God?” We didn’t respond with Dishwalla lyrics, but we should’ve.

We also like picking up items from our childhood–like this colander that was a fixture in both of our kitchens growing up.

And it’s a great place to buy media and other fun stuff.

Anyway, that’s not the point.

Savers has a lockout-tagout kit for their electrical panel. A year or so ago, we had to buy one for the church I attend.

Electricity is no more dangerous now than it was twenty years ago.

But twenty years ago, lockout-tagout kits were pretty much limited to industrial settings. Now they’re everywhere.

Another way of looking at it: Cars.

Both of those cars are going the same speed. Going 40mph was more dangerous in the past because cars were less safe.

We don’t see many of the improvements that make the world today safer than it was in the past, but every now and then, steps taken to make us safer intrude on our daily existence, and that’s the sensible way to look at most of these coronavirus restrictions.

It’s not that the virus is more dangerous than, say, the H1N1 virus behind the epidemic of 1918, it’s that we’re more safety-conscious these days. We buckle our seatbelts. We wash our hands. And we live longer.