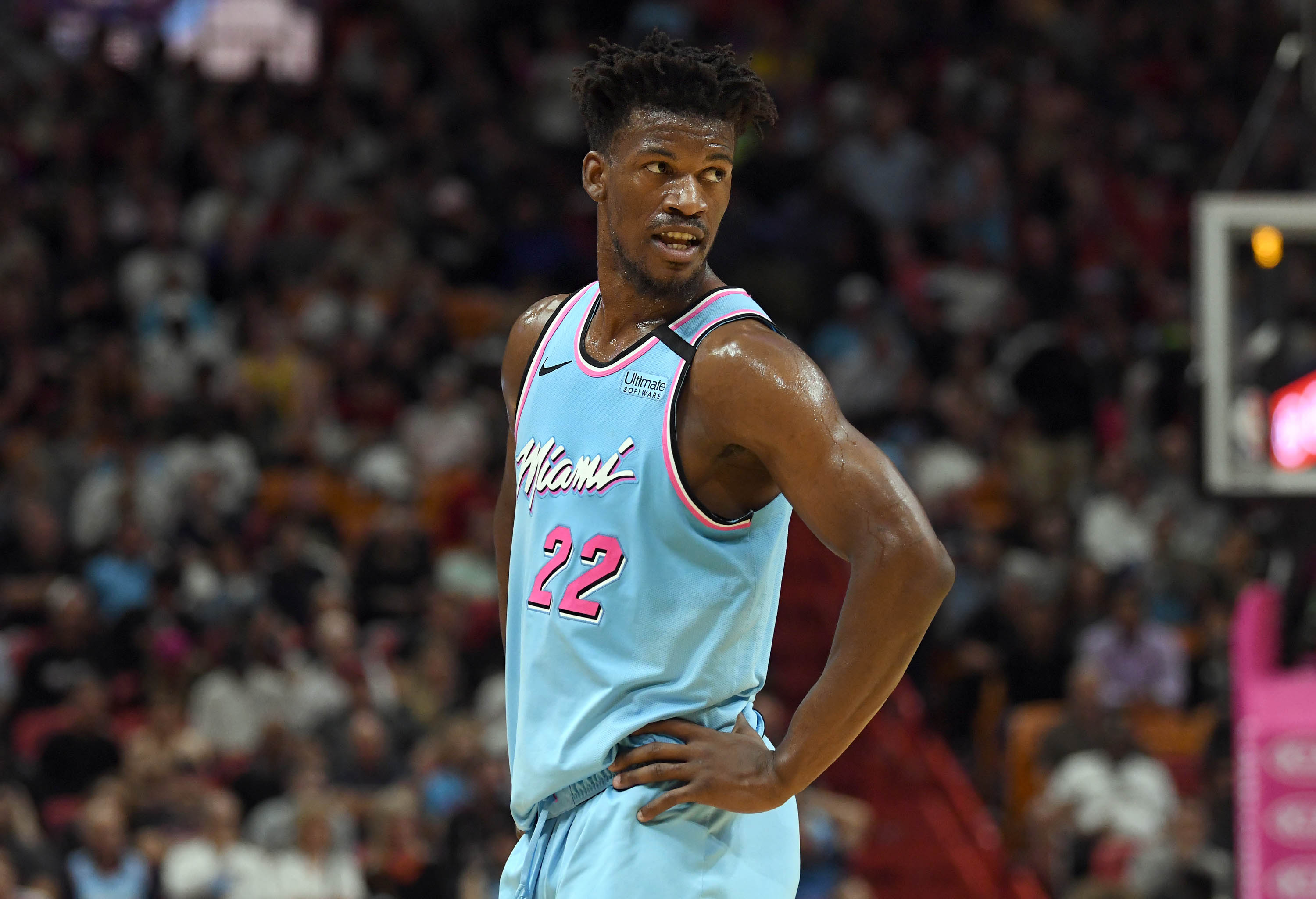 This time last year Jimmy Butler was suiting up for the Philadelphia 76ers, and was preparing to make a deep playoff run.

Unfortunately, the team’s hopes got crushing when Kawhi Leonard’s game-tying three-pointer rolled around the rim — a zillion times — and eventually went in. The clutch Game 7 shot in the second round of the Eastern Conference Playoffs eventually ended with the Raptors winning in overtime, then later clinching an NBA title.

It’s hard not to think about “What could have been?” for the Sixers, had they won that game, but Butler sure isn’t, getting a fresh start with the Heat in Miami.

And, much to the surprise of, well, everyone, the Heat currently sit in the fourth spot in the Eastern Conference standings — three games ahead of the Sixers. Butler even poured some salt in the wound recently, teeing off on the Sixers coaching staff in a recent sitdown with JJ Redick on Wednesday’s edition of his podcast (as transcribed by Philly Voice).

JJ: Was last year difficult for you? Not just getting traded, but the whole shit in the summer, preseason?

JJ: Meaning there was a lot of voices.

Butler: Yeah. There was so much going on on every given day, I was like yup, guess I’m just here to work I didn’t know who to talk to.

Butler knows exactly what he’s doing, as Sixers head coach Brett Brown is on the hot seat, with the team still having chemistry issues — on and off the court — this season. Brown sure can’t be thrilled about these comments getting out there, just a few weeks before the playoffs are set to begin.