Your Morning Dump...Where the Celtics (finally) didn't crumble at the end 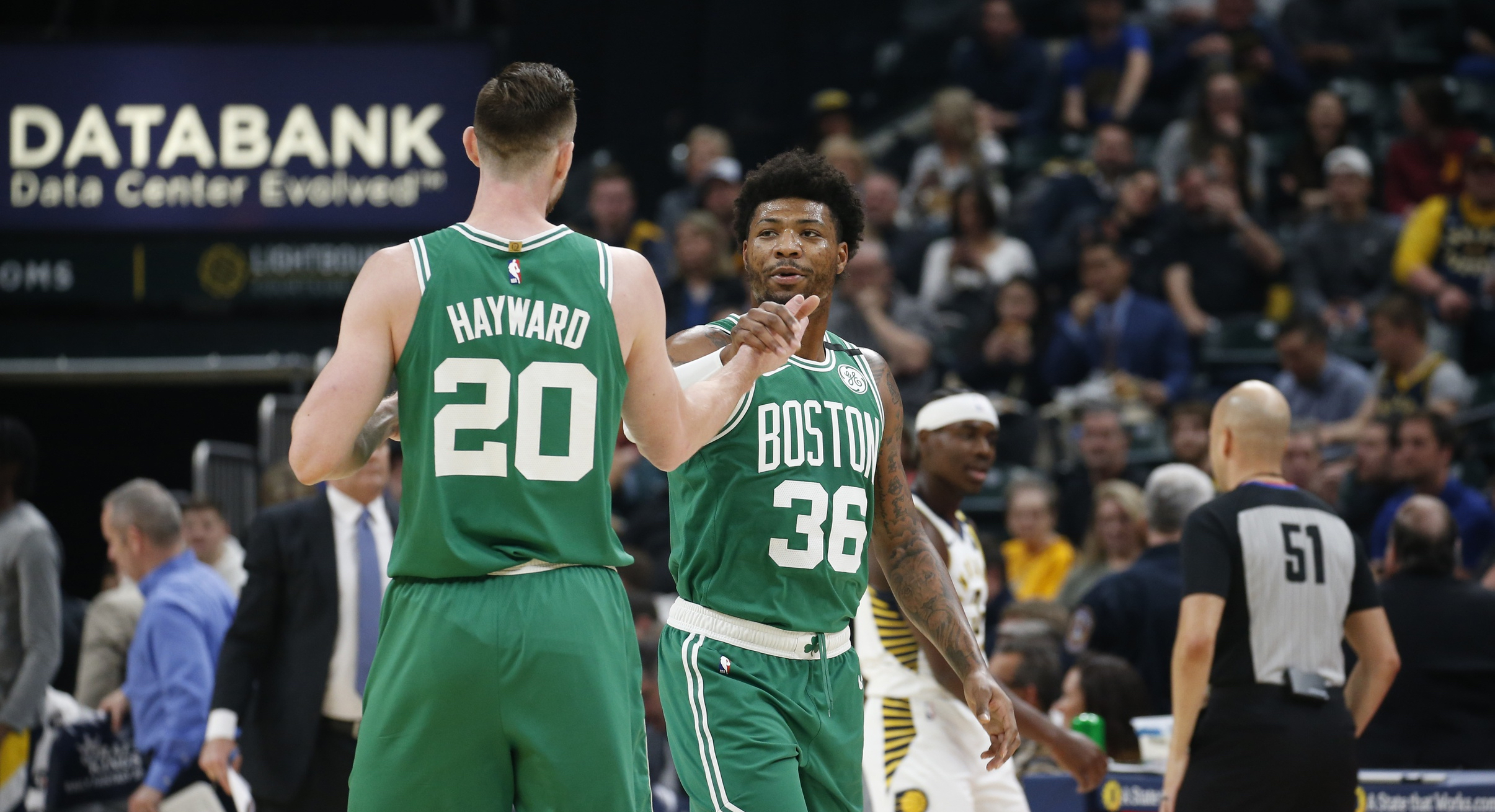 Your Morning Dump...Where the Celtics (finally) didn't crumble at the end

It was happening again.

With 7:40 to play in the game, the Boston Celtics were sitting pretty with a 16 point lead. Indiana called a timeout, and Boston was in position to erase the memories of a past collapses by making one more run.

“It’s a game of runs,” Jayson Tatum said after the game. “They’re a good team. We know that from playing them for a long time, they’re not going to give up easy. They’re going to fight to the end. So we just had to withstand that.”

There was little evidence that they would, considering the way their last four losses and gone. Indiana kept piling on bucket after bucket, mostly by Victor Oladipo, who scored 12 in that quarter, in a 21-2 run to take a lead Boston had held for most of the game.

As a spoiler, the Celtics withstood the furious run had by Indiana to close out the game with a 114-111 victory. While it was incredibly frustrating to watch and felt like a bucket of deja vu, how they responded was important. The last few games they’d give up a big lead and crumble. It would take them out of everything they are about as a team and it would turn into hero ball with a side of lackadaisical defense. It goes without saying that they cannot continue to blow these leads but last night was a step in the right direction in terms of dealing with adversity.

Coach Stevens touched on this aspect of things in the postgame as he was proud of how his team responded when things got hairy late:

They faced their fears of giving up big leads and were able to come out of it victorious. Basketball is a mental game and building a strong foundation for that is everything. So many times we’ve seen this team give up a big lead and have it spiral into an embarrassing loss (look at the Brooklyn game just last week).  The fact that they were able to buckle down on the road and get a win like that will help them in the long run. Teams are going to go on runs and in the playoffs it’s all about keeping your composure and grinding out a win.

On the other hand, it might be easier to not give up the big lead in the first place (just a hunch). All of these games have spiraled out of control in the same fashion. The Celtics let their foot off of the gas pedal for just a second and the opposition makes a huge run. 15-20 point leads are nothing in today’s NBA with the amount of talent there is lurking around. Teams can get back into the game in a heartbeat and it’s been a lesson that they need to play their A-game for 48 minutes if they want to rack up wins.

Marcus Smart also cited this recent stretch and how they weren’t about to let it happen again:

“We had four games to get ready for tonight, I guess you can say, to get ready for that punch,” Marcus Smart said. “Those other games we were caught off guard. The first game it happened, the second game, third game, we were like ‘what’s going on tonight?’…we’ve really choked up and tonight we just tried to make sure that didn’t happen.”

In the end, a win is a win and it’ll do this team some good to see their hard work pay off. It’s tough losing games how they’ve been and it’s something for them to build off of as they go into Milwaukee for a tilt with the Bucks and the Adonis that is the Greek Freak.

BSJ: Gordon Hayward is trending towards his old self in crucial victory over Pacers