7 Sports Icons Who Made Socks Cool 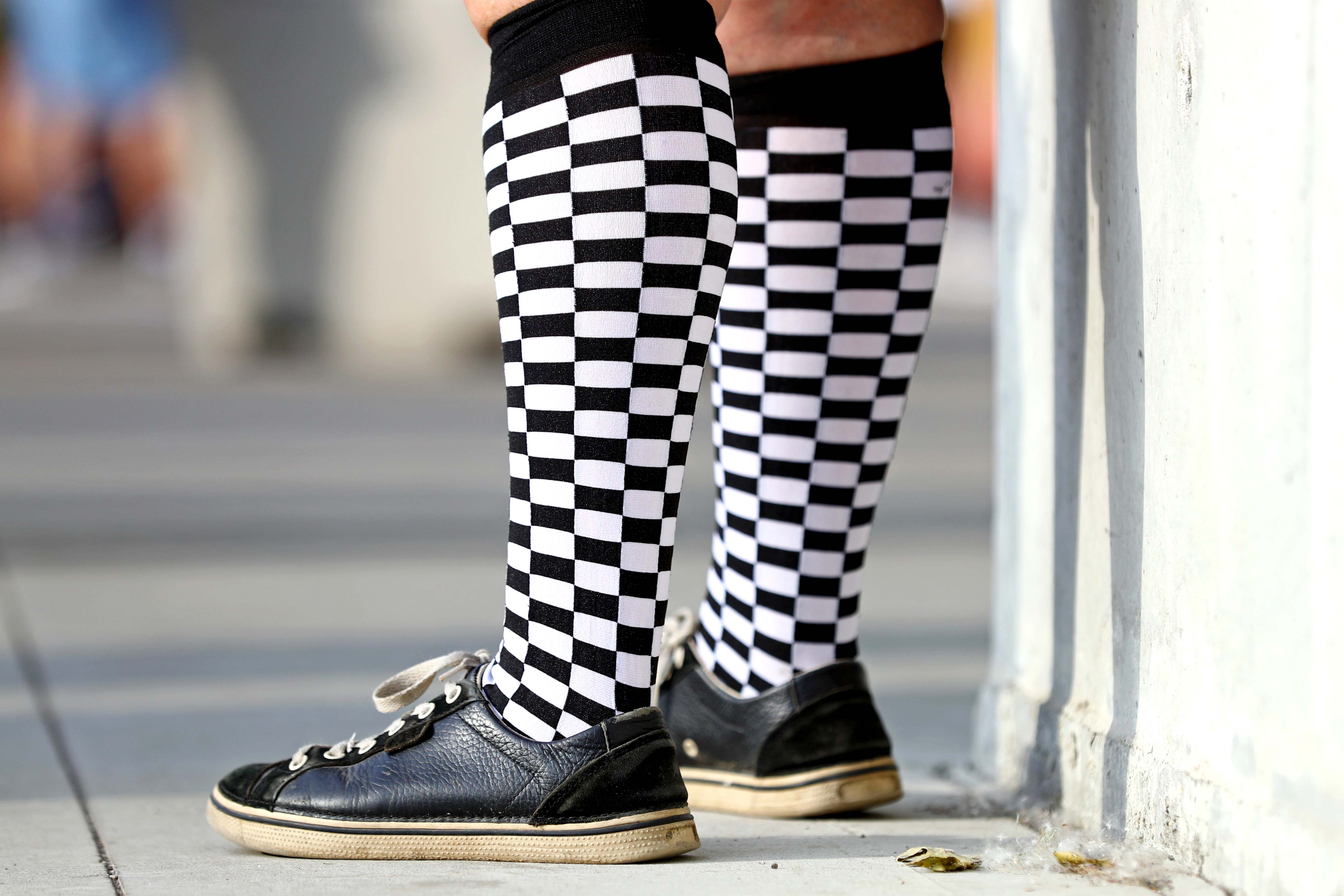 7 Sports Icons Who Made Socks Cool

Over the past couple of decades, athletes of all descriptions have turned to socks for more than just foot warming! Some have made the act of wearing socks into a cool, bold fashion statement. For others, socks are their lucky charm or part of a superstition-based routine. For whatever reason, the high profile socks have received from the following sports icons have made the ordinary foot warmer into an important piece of clothing for all. In this article, we’ll take a look at some of the big names in sports and learn more about what they use socks for. In most cases, socks are cool, even if they become a lucky charm for those who don’t like them. You may also be interested in our article on best holiday gift ideas.

You can’t say the words “sports icon” and “fashionable socks” without mentioning the late Payne Stewart. He was an American professional golfer who will forever be remembered for his amazing and somewhat flamboyant attire that generally consisted of ivy caps, patterned pants (a cross between plus fours and knickerbockers) and argyle socks. Stewart’s wardrobe was a throwback to how golfers once dressed, and it didn’t hurt his play one bit as he won a total of eleven PGA Tour events. His style on and off the course continues to be missed.

Speaking of athletes who made socks a fashion statement, American professional basketball player Russell Westbrook comes to mind. In addition to playing for the National Basketball Association’s Houston Rockets, he is noted for being a nine-time NBA All-Star, an eight-time All-NBA Team member and for being one of just two players in NBA history to average a triple-double for a season. Westbrook has also been a league-leading scorer and NBA All-Star Game Most Valuable Player (2015 and 2016).

Sep 7, 2019; Flushing, NY, USA; Bianca Andreescu of Canada (L) looks on as Serena Williams of the United States (R) is cheered during the trophy ceremony after their match in the womenÕs final on day thirteen of the 2019 US Open tennis tournament at USTA Billie Jean King National Tennis Center. Mandatory Credit: Geoff Burke-USA TODAY Sports

This well-known American professional tennis player has been ranked No. 1 in women’s singles tennis and won 23 Grand Slam singles titles. Williams also holds the most Grand Slam titles in singles, doubles and mixed singles for a combined total of 39. Her socks play a huge part in her success as well. However, Williams relies on them more as a superstition than anything else. Once she starts to win during a tournament, she will not change socks until her run is complete. By looking at her totals, Williams’ socks are doing something for sure.

Jason Terry is an American former professional basketball player who played a total of 19 seasons in the NBA. He followed a sock tradition throughout his career that saw him first spend the night before a game sleeping in a pair of shorts from the opposing team. He would eat the same food on the day of the game and request that five pairs of socks be available for wear during the game. Terry would hike them up to his knees as his father once wore them. As for why five pairs and not three or six, five just seemed to be the right number.

This American former judoka is currently a competitive mixed martial artist. She has won the 2010 World Championships, has gold medals from the 2012 and 2016 Olympics and won gold at the 2011 and 2015 Pan American Games. She took up judo at the tender age of six thanks to her mother, who was a black belt at the time. For her, there is one pair of socks she will wear for luck prior to any big event. The socks happen to be a gift received several years ago from her grandmother. Apparently, the socks have provided more than their share of good luck to Harrison.

Stephen is a retired American cross-country skier who actively competed between 2005 and 2018. Her best finish at the FIS Nordic World Ski Championships was 14th in 2009. While on the US team for the 2014 Winter Olympics, she finished 12th in the 15-kilometer skiathon. In the Tour de Ski in 2015 Stephen finished 5th in the overall rankings and scored her best World Cup performance. She announced her retirement from the sport in early 2018. When competing, she had two pairs of lucky socks she would rotate but always wore the same gloves when racing.

This American skier completed in alpine events from 1990 to 2006 and continues to compete in freestyle since 2008. His best World Cup finish as an alpine skier was 4th in 2001. He has also competed in four different Winter Olympic Games with his best finish at those events, finishing  7th in the slalom in 1994. In 2001, Puckett earned his best FIS Alpine World Ski Championships finish with a 23rd placing. After switching to freestyle skiing, he earned three different second-place finishes in World Cup events. His socks become important after a good race where they, and any other undergarments, become lucky charms to be worn at the next racing event.

There is no doubt that although they have been designed to take care of your feet by keeping them warm, socks can really be cool. It just depends on what you are using them for. Socks are cool as fashion statements – thank you, Payne Stewart – but they can also be cool lucky charms when used to bring luck or to break you out of a slump. If you didn’t already know, many people have a pair of lucky socks they wear to improve their dating luck or to help with a particularly challenging exam.

But what makes socks cooler than these examples is that they come in so many different colors, patterns, and designs. Need something to lift your mood on an otherwise gloomy sort of day? Grab a bright, vibrantly colored pair of socks and let them kick start your day. Socks are so much more than foot coverings. The right pair of socks will add personality to your wardrobe in much the same way as a well-chosen tie. So slip on a pair of your favorites and get moving!