Your Morning Dump... Where the season's been suspended for at least a month 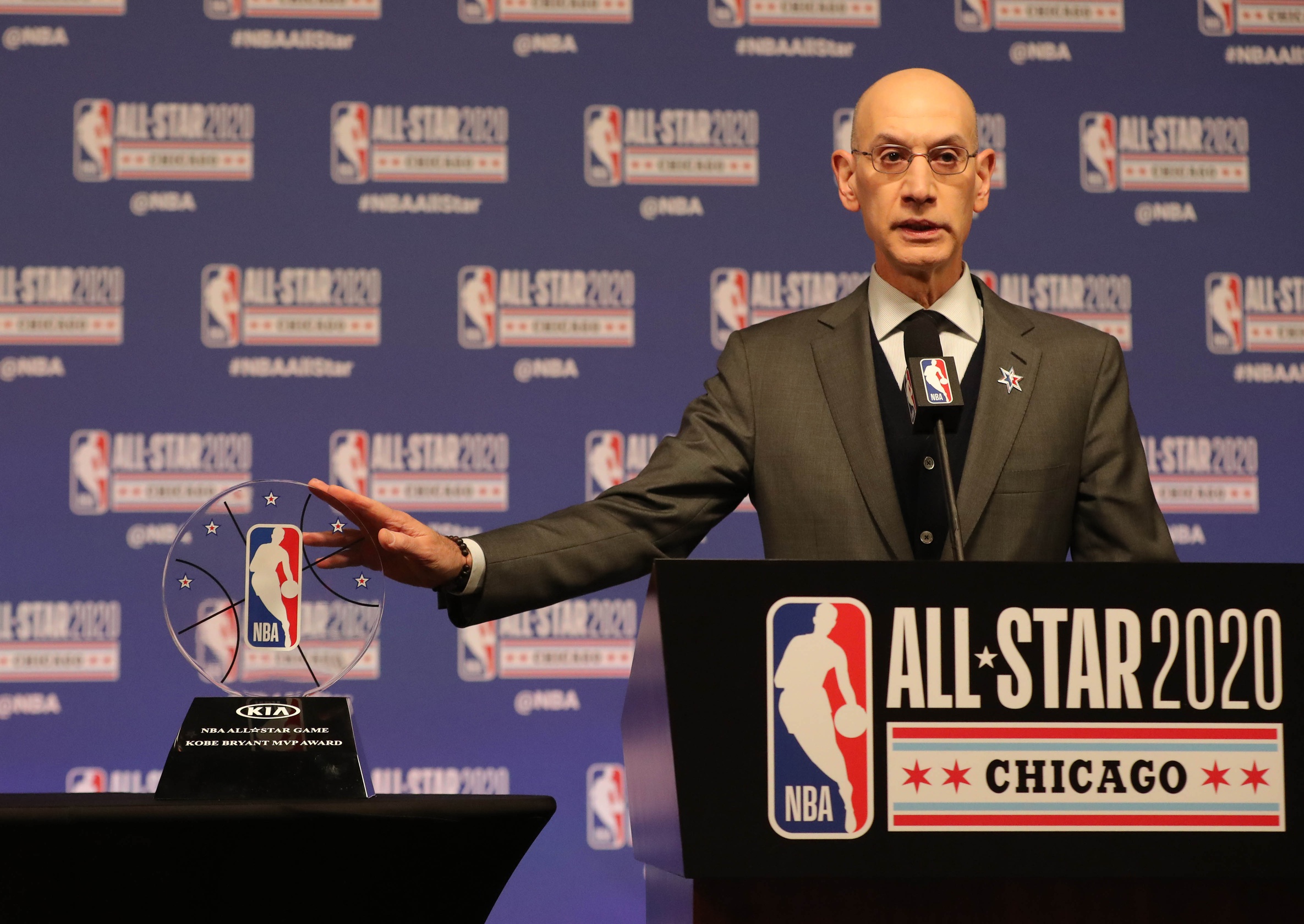 Your Morning Dump... Where the season's been suspended for at least a month

“Up to a few days ago, or even up to yesterday, the experts were unclear as to whether as a public health matter NBA arenas should be emptied,” Silver said. Playing without fans was one of the considerations before Utah Jazz center tested positive for COVID-19. That positive test came as teams were warming up for Utah’s game against the Oklahoma City Thunder.

“We quickly agreed this should not, of course, be a business decision, we should be listening to the public health experts in Oklahoma City and the team doctors,” Silver said. “They conferred and fairly quickly decided we should not be playing.”

Once the decision to cancel this one game was made, Silver leaned on another plan that had been discussed in his conversations with league owners and governors.

“I’d had the benefit of several hours of meetings that day with representatives every team on the issue of a hiatus,” Silver said. “In that moment we made the decision that at the expiration of last night’s games, we should be taking a hiatus knowing, again, we would have a chance to meet and have further discussions today.”

“This hiatus will be, most likely, at least 30 days,” he said. “It was really a moment for us to step back, take a breath, and ensure that everyone in the NBA Community was safe and healthy and doing everything you needed to do to care for the families, and then let them give us some time to deliberate and figure out if there’s a way we can resume at some point.”

The most effective way for the NBA to slow the spread of COVID-19 was always going to be suspending the season.

I get that this may seem like an extreme step, but there are a few things to consider:

Yes, it’s true that 80% of people infected will have no symptoms—the immune system is incredibly effective in your “average” human. And for many of the people who display symptoms, they won’t be much worse than a typical cold or flu.

However, the difference between this virus and the typical winter viruses is that this virus attacks the lungs.

Having a runny nose and/or a cough is annoying. Having the sore muscles that comes with an immune response is not pleasant, but it’s manageable. This virus has a strong chance of causing pneumonia in vulnerable individuals (as Dr. House once put it, ‘the nearly dead and newly bred’).

So let’s be perfectly honest here: These steps aren’t being taken to protect guys like me, or indeed, most of the people reading this blog. We’re being put to some inconvenience in order to avoid something that there’s a good chance we’d never even know we had.

Viruses are interesting things—they’re not exactly alive, but they’re not exactly dead either. The ideal host for a virus (1) does not die and (2) spreads the virus to as many additional hosts as possible. The most common viral infection in the world achieves these ends by causing annoying but not debilitating symptoms: Coughing, runny noses and sneezing are great ways for the virus to get from one person to another. And because the cold rarely puts you out of circulation, you have an opportunity to infect quite a few people.

Again, the issue isn’t so much that we’re all in danger, it’s that most of us aren’t in danger, and therefore, would unwittingly spread the virus to people who are in danger–people who have compromised or immature immune systems.

Taking steps like these are entirely unwarranted for an illness like the common cold: That viral infection has been around for centuries, and is supremely adapted to the human species: It’s annoying, gross, contagious, and almost never lethal.

However, when new viral infections like this pop up, they can be quite dangerous because the process of natural selection hasn’t caused the viral strain with the best balance between adverse symptoms and communicability to emerge. Once that happens these viruses tend to fade into the background because, again, to the extent that viruses can be said to “want” anything at all, they do not “want” their hosts to die–they “want” their hosts to pass copies of the virus on to as many other hosts as possible.

To be sure, there are financial motivations behind these decisions: Nobody wants to be the target of a lawsuit. And there are practical considerations–slowing the spread of COVID-19 allows the health care system to keep pace with new cases as they crop up. These are the primary reasons behind institutional responses—and, to quote William Goldman: “Anyone who says different is selling something.”

But the best rationale for each of us to personally take steps to limit the danger we present to others was expressed almost 400 years ago by John Donne (in what is frequently misidentified as a poem):

Who bends not his ear to any bell which upon any occasion rings? but who can remove it from that bell which is passing a piece of himself out of this world?

No man is an island, entire of itself; every man is a piece of the continent, a part of the main. If a clod be washed away by the sea, Europe is the less, as well as if a promontory were, as well as if a manor of thy friend’s or of thine own were: any man’s death diminishes me, because I am involved in mankind, and therefore never send to know for whom the bell tolls; it tolls for thee.

There’s nothing that we can do to bring back the NCAA tournaments, and we have no control over what happens to the NBA season.

The only thing we have control over is our reaction to these decisions. We can either kvetch about the way they impact our lives, or we can remind ourselves that everyone out there is related to us in one way or another, and we have a responsibility toward all.

Boston Herald: Coronavirus: Why sports have no choice but to hit pause button

MassLive: Coronavirus sports cancellations were the right call, but March 12, 2020, will go down as a sad day | Matt Vautour | Coronavirus in the NBA: Adam Silver posts letter to thank fans ‘we are grateful for your understanding’