Your Morning Dump...Where KD (along with 3 teammates) says he's tested positive for the coronavirus 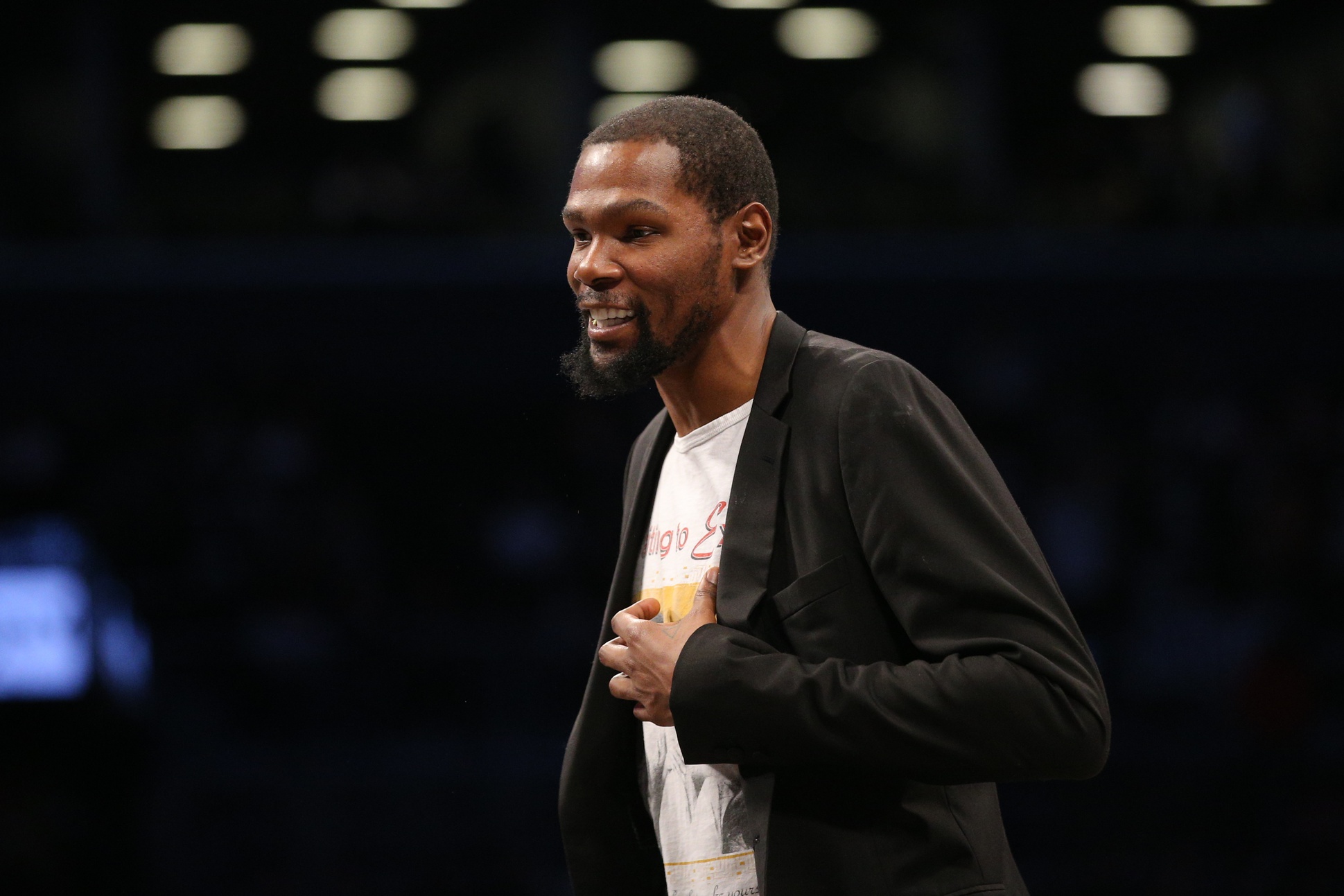 Your Morning Dump...Where KD (along with 3 teammates) says he's tested positive for the coronavirus

Kevin Durant, one of the biggest stars in the N.B.A., is one of four Nets players who tested positive for the coronavirus, he told The Athletic on Tuesday.

“Everyone be careful, take care of yourself and quarantine,” said Durant, who described himself as feeling fine. “We’re going to get through this.”

At least seven N.B.A. players have tested positive for the virus. On Tuesday, the Nets announced that four of their players had tested positive, though they did not name the athletes. The team said only one of the four had shown symptoms.

Another day, another diagnosis. The toll of NBA players with the coronavirus has made it’s way to 7 as that number continues to go up as more tests come in. What’s different about this is how many players on the same team all tested positive. Before it seemed like we would just get a player here and there, but this is the first time we’ve seen this many guys on the same team with the virus.

Once again, the players who have the virus didn’t show any symptoms (besides one of them), and had no idea anything was wrong with them. Nonetheless, these players have been in quarantine and seemingly will just have to wait the virus out.

Mike Bass, a spokesman for the N.B.A., suggested that players might be a priority for testing because of their heavy travel and contact with large groups across cities.

“Public health authorities and team doctors have been concerned that, given NBA players’ direct contact with each other and close interactions with the general public, in addition to their frequent travel, they could accelerate the spread of the virus,’’ he said in a statement. “Following two players testing positive last week, others were tested and five additional players tested positive. Hopefully, by these players choosing to make their test results public, they have drawn attention to the critical need for young people to follow C.D.C. recommendations in order to protect others, particularly those with underlying health conditions and the elderly.”

Athletes can help bring people together and the power of influence is one we see every single day. With the amount of people who have dismissed the virus and probably transmitted it in process, anything that can make people stay inside is a plus. Seeing all of these positive results and seeing a familiar face (especially someone like KD) is sure to open some eyes about the danger of this virus. It’s more about you spreading the virus than you having it at all and self-quaratining has proven to be a necessary step in stemming the tide.

As for the Celtics, they played the Nets in that infamous choke-job on March 3rd and could be at high risk for a positive test. I’m unsure when their testing will take place but it should be insightful on how contagious it has been to the league. So far, 7 isn’t a humongous number, but things can change hourly with this type of stuff as we’ve seen.

Hopefully we’ll be able to get some visibility soon on when to expect the season to return but until then we’ll continue to see Woj drop coronavirus positive results like he’s announcing free agency moves.

Boston Herald: Would Red Auerbach have let Tom Brady get away?

Boston Sports Journal: Inside the busiest year of trades in Celtics History: Part 1