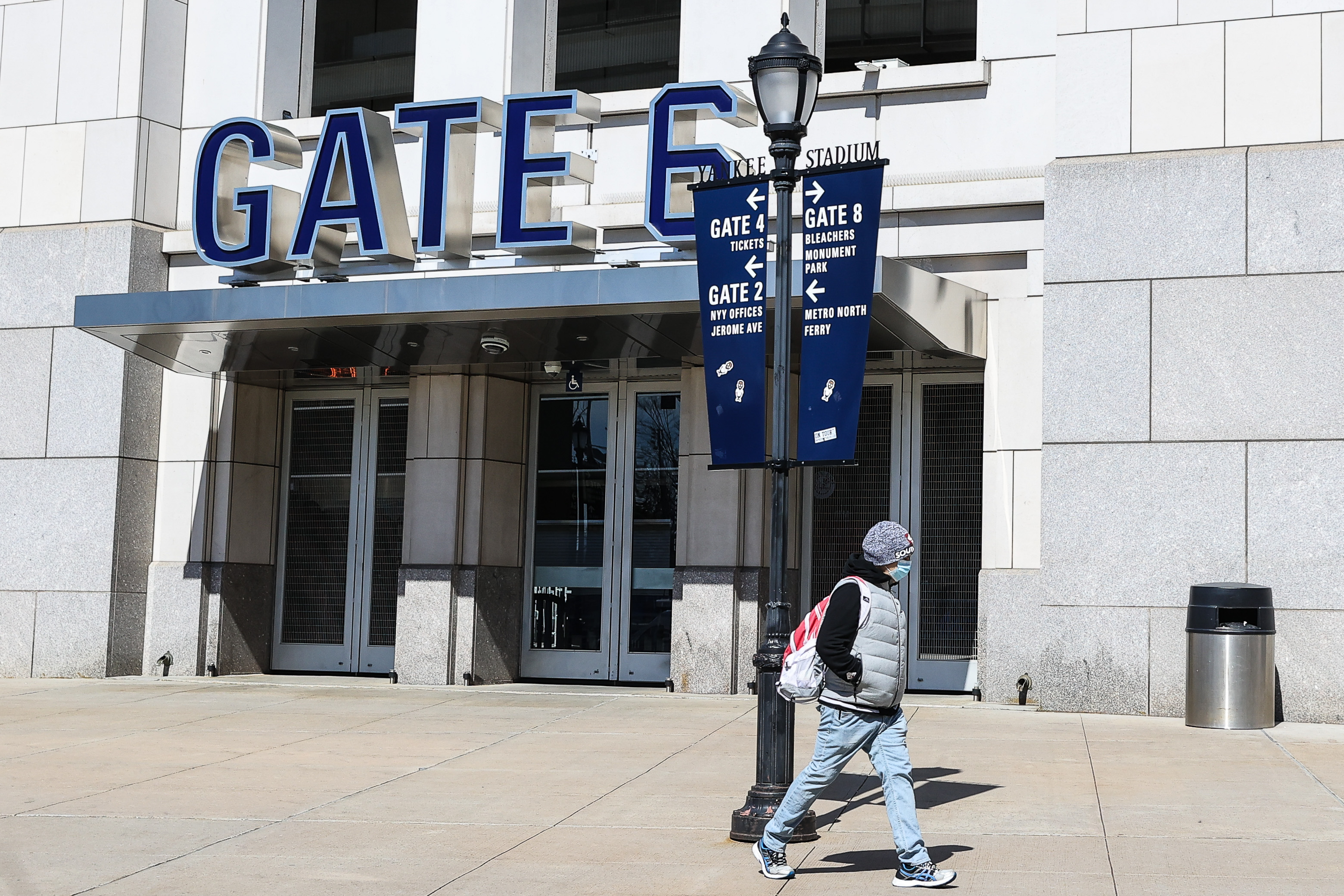 Each year, Squawker Jon and I participate in Daniel Shoptaw’s  “Playing Pepper” series  and talk about the state of our teams, along with other team bloggers. My entry was written last night and published today — you can read it here. Jon’s was written before coronavirus took over our lives, and has a very different tone, obviously. Read it here.

Remember when the biggest talk in Yankeeland was about what intro song should the Yankees play when the Astros come to town? (My vote is for cartoon character Doug’s “Bangin’ on a Trash Can” song!) It was only a few weeks ago, but it already seems like a lifetime ago.

Squawker Jon and I started Subway Squawkers 14 years ago this month. Over the years, we wrote about big Yankees and Mets stories — World Series appearances and steroid suspensions and all things A-Rod.

But we also talked about how what was going on in the world affected baseball, and us.  We Squawked through the financial crisis which took our jobs and shook our worlds. No matter how down and out we were over the next few years, at least we had baseball to talk about, whether it be game play or the hot stove season.

We were able to Squawk through Hurricane Sandy, which greatly affected my home borough of Staten Island, and after the Boston Marathon bombing, when Yankeeland supported our rival Red Sox. and I even cheered David Ortiz for his defiant “This is our f*cking city” rallying cry.

And I was also able to write in this blog about my personal fitness journey. Since I started running in 2013, I found road races as a respite, and lost over 80 pounds. I have done over 300 races since then, including 10 marathons, 30 half marathons, and 5 triathlons. My ultimate goal is to run marathons in all 50 states, and have fun traveling to these states.

Running really gave me a newfound appreciation to what athletes do, and how they keep on going after adversity or injury. Heck, I even became a Tom Brady fan after watching his amazing comeback in Super Bowl LI, and always ask myself “What Would Tom Brady Do” when going through a tough race.

The thing was, we always had baseball, or sports and recreation in general, to get us through stuff. And now it’s all gone.

Now all of the sports we follow and many of the things we love to do, from road races, to going to museums, to traveling, to just hanging out with each other and going out to eat, have been taken away from us.

Unlike in 2008, Jon and I both have jobs in advertising and are still gainfully employed, with good health insurance. We are both able to work from home now. I am losing most of my side hustle work, at least for the moment, but we are very fortunate compared to many other people out there.

But dammit, I miss so much of what our lives were from just a few weeks ago.

On my birthday weekend (my B-Day was February 28), I got to have birthday lunches at the legendary Odeon and Marcus Samuelsson’s Red Rooster. I had a birthday dinner at Robert, a high-end restaurant overlooking Central Park. I went to a History Channel event at Carnegie Hall where George W. Bush, Bill Clinton, Trevor Noah, Matthew McConaughey, and many other big names spoke. I also got to run two road races in one morning, visit the American Museum of Natural History and see Squawker Jon as well as my longtime friend Bobby, visiting from Houston. A few weeks before, I went to see a live taping of Chris Thile’s “Live from Here” at Town Hall. Today, I wouldn’t have been able to do any of these things.

It may sound shallow, I guess, to miss things like baseball and road races and restaurants and even trash talking each other while watching our teams. But I don’t think it is.

Human beings are social animals. We want to cheer and boo and connect with others. Without sports and travel and seeing new things or just having fun with our friends and family, life is just work and drudgery. And some people out there don’t even have work right now!

A little over a week ago, it seemed unfathomable that all of our sports would stop, and so would our way of life. Now it is the “New Normal,” at least for now.

Jon and I haven’t Squawked all that much in recent years, but I can’t wait until we can talk trash talk each other about our teams again. Let’s go Yankees!