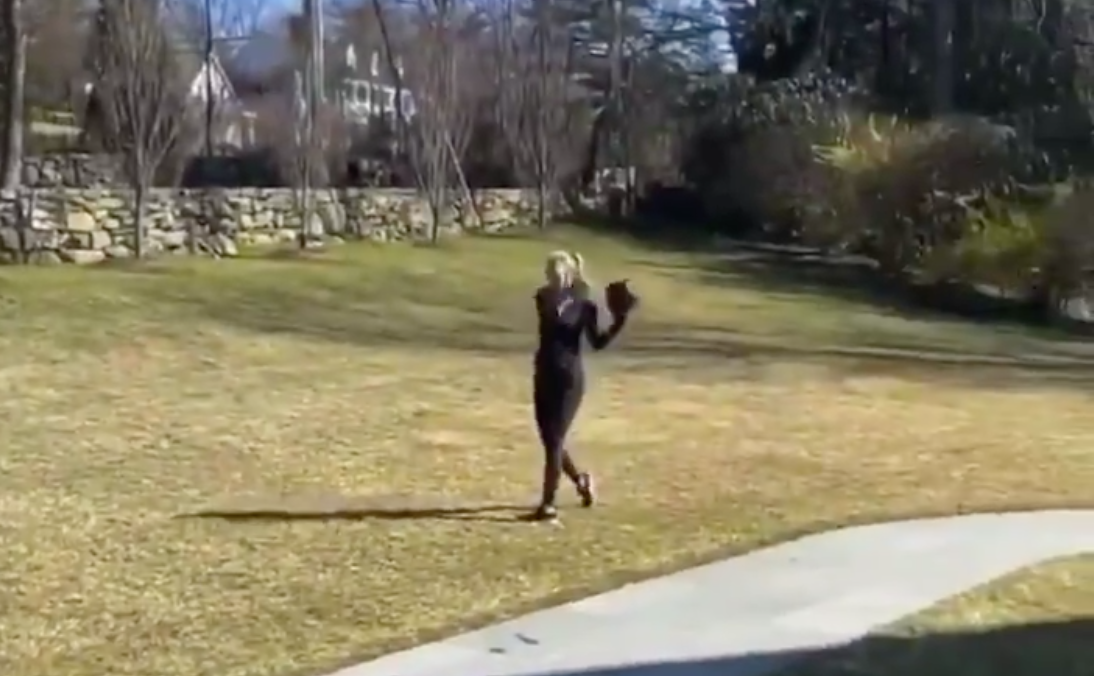 Don’t you dare try to run on Gerrit Cole’s wife, Amy, as she has a much better arm than many would believe.

Amy may be fairly quiet on social media, in terms of discussing her athletic talent, but that doesn’t necessarily mean she isn’t skilled on the baseball diamond.

It’s known that birds of a feather flock together, and Cole finished second in the Cy Young Award voting last season — losing to teammate Justin Verlander, although it seemed like he was robbed — so it’s no shock that his significant other can sling it, too.

She recently showed that in a video posted to social media, playing catch with Gerrit. Check out the heat on that throw.

The apple does not fall far from the tree, apparently.