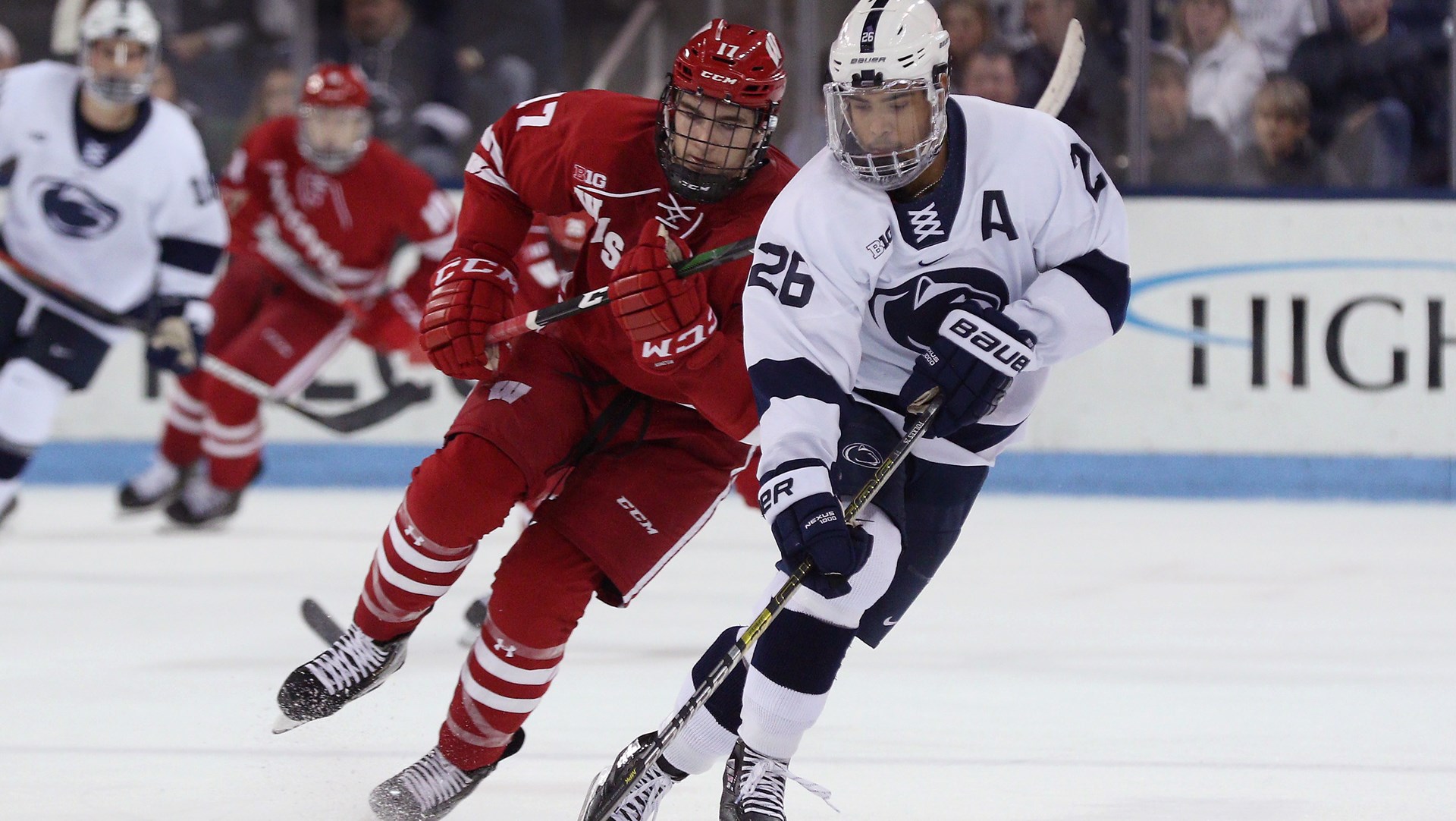 The Bakersfield Condors have begun to form their roster for the 2020-21 season. On Tuesday, the Condors inked forward Liam Folkes to a two-year AHL contract. Folkes played four seasons at Penn State University. The 5’8″ forward is a native of Scarborough, Ontario.

Folkes played in 33 games this past season for the Nittany Lions, registering 25 points (11-14-25). That was a significant step back for Folkes, who enjoyed a breakout junior season in Pennsylvania.

His biggest moment with the Nittany Lions came during his freshman season. During the 2017 Big Ten Championship Game, Folkes scored a double-overtime winner for the 4th seeded Nittany Lions, who upset powerhouse Wisconsin.

While at Penn State, Folkes played under the guidance of Edmonton native Guy Gadowsky. He’s expected to make his professional debut next fall, as the AHL season is currently in limbo due to the COVID-19 outbreak.

Folkes is a candidate to go to Edmonton Oilers camp on a tryout. The club has routinely brought AHL contracts up to Edmonton for the early preseason games on PTO’s.