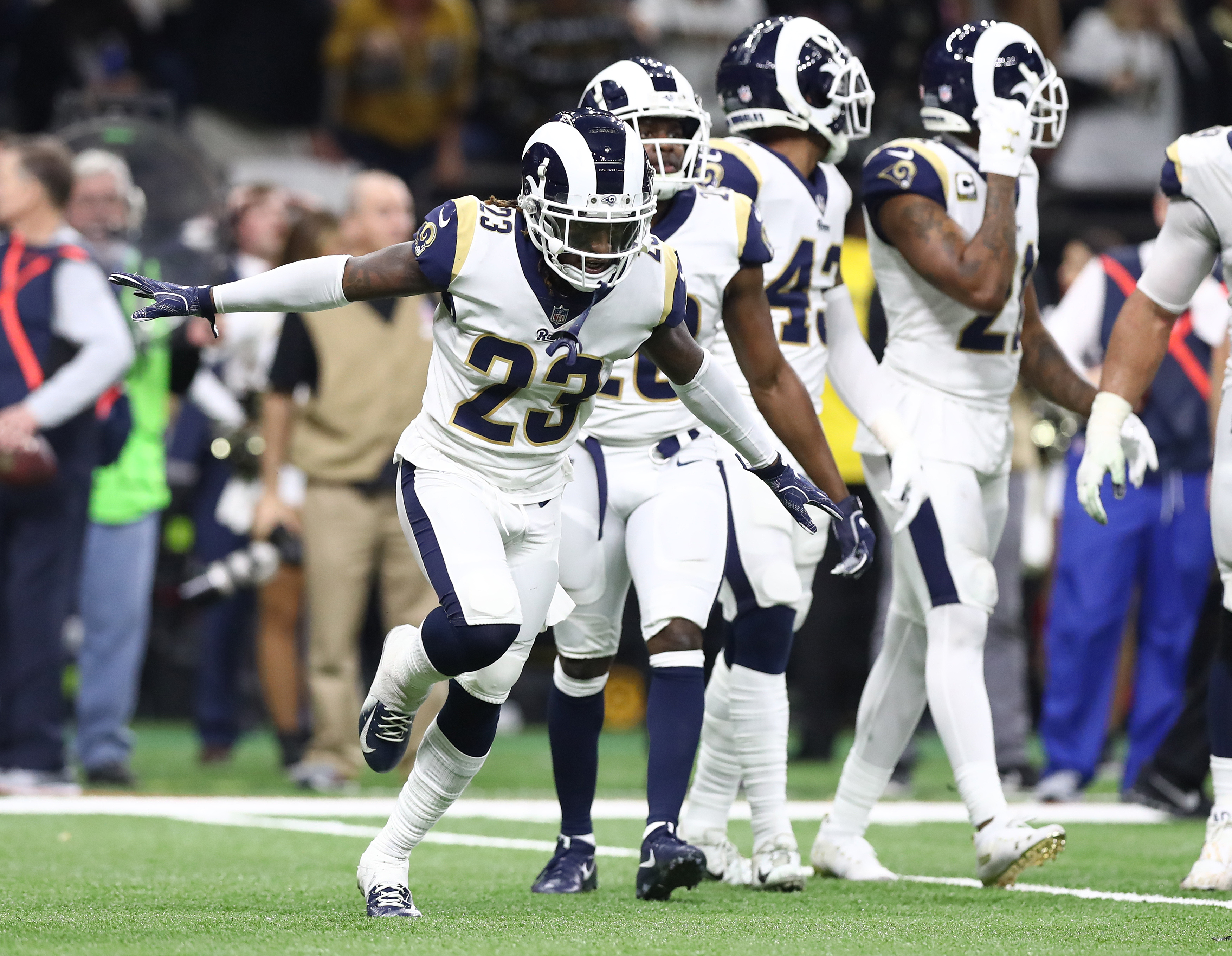 The Philadelphia Eagles made another addition to their secondary on Wednesday, signing veteran cornerback Nickell Robey-Coleman to a one-year deal.

According to ESPN’s Jordan Schultz, the 28-year-old defensive back’s contract is a guaranteed $1 million but could be worth up to $1.3 million.

Robey-Coleman had his 2020 option declined by the Los Angeles Rams last week, making him an unrestricted free agent. He was scheduled to make $4.5 million this season.

The 5-foot-8 cornerback spent three seasons with the Rams, where he racked up 20 pass deflections, three interceptions, and three forced fumbles.

Robey-Coleman is infamously known for delivering a controversial hit on former Saints wide receiver Tommylee Lewis late in the fourth quarter of the 2019 NFC Championship Game. Ultimately, the referees failed to call defensive pass interference, which Robey-Coleman admitted after the game that he should have been penalized.

Last season in Los Angeles, the former USC Trojan produced 36 combined tackles, seven pass deflections, and two forced fumbles. He also had a 64.1-completion percentage allowed on targets, while only giving up one receiving touchdown.

With those types of stats, you can see why Robey-Coleman is one of the premier slot cornerbacks in the NFL. Before landing in Los Angeles, the former undrafted free agent spent four seasons with the Buffalo Bills.

In regards to the Eagles, Robey-Coleman is expected to compete for the starting slot cornerback job with Cre’Von LeBlanc, Avonte Maddox, etc.

Furthermore, he also has experience lining up on the outside. Robey-Coleman’s versatility goes right in-line with the Eagles’ new philosophy in the secondary.

Last week, they re-signed veteran defensive back Jalen Mills, who will be playing safety this upcoming season. Then a few days later, Philadelphia signed former Denver Broncos defensive Will Parks to a one-year deal, who can play both safety and cornerback.