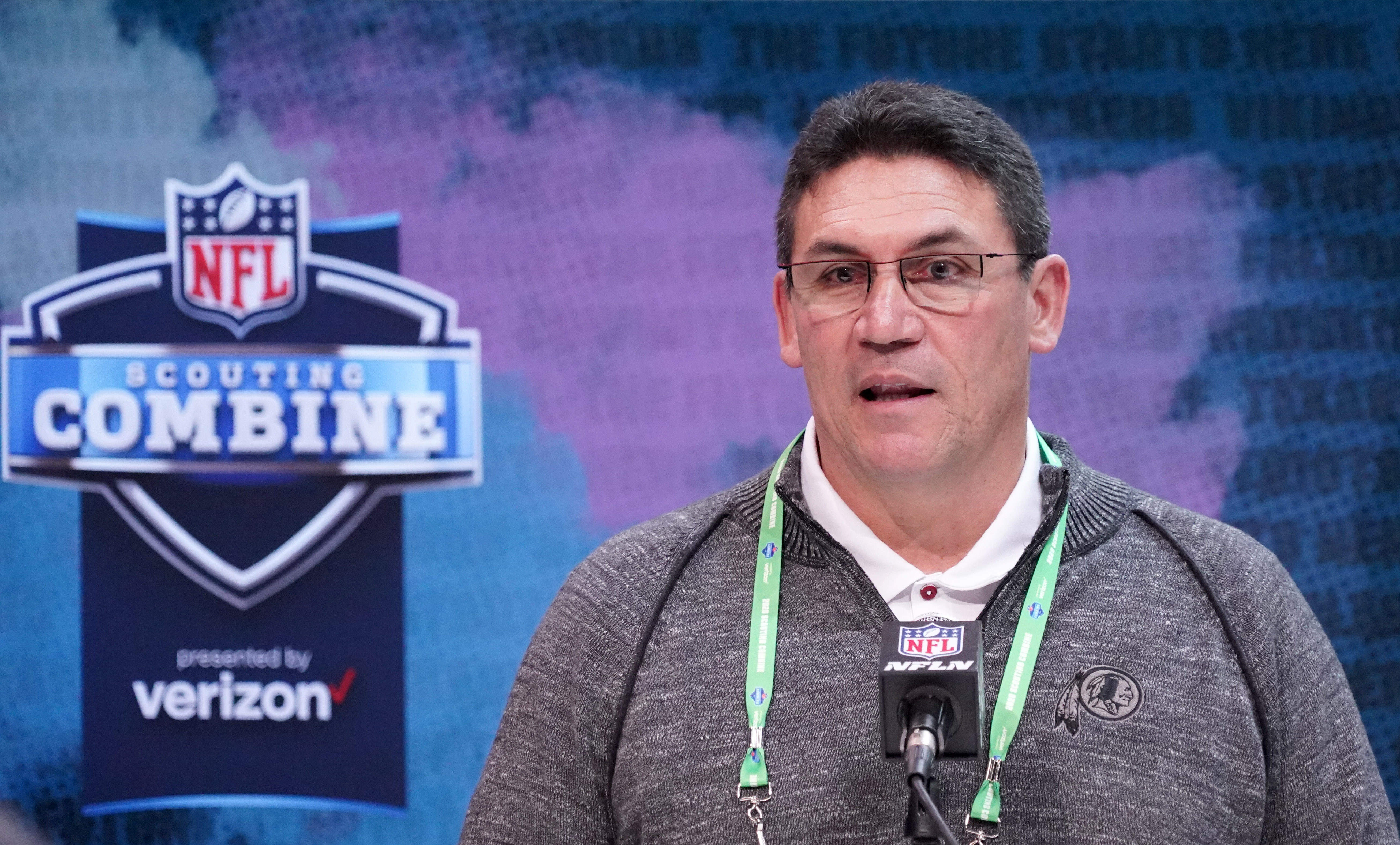 Redskins new head coach Ron Rivera is reuniting with a number of his former players in Washington, but don’t expect his former quarterback to be joining the team.

Rivera and his coaching staff selected Newton with the first overall pick in the 2011 draft. He remained in Carolina until finally getting released this week.

And now that Newton is a free agent, there’s been talk of him possibly coming to Washington, which appears to be questioning keeping Dwayne Haskins under center as team’s starter going. Rivera shot it down on Wednesday, though, essentially saying the team is rebuilding, so it wouldn’t make sense to bring in a veteran quarterback.

Rivera continued: "Going forward, you never know what’s going to happen. But where we are right now, and we made a commitment to young guys, to find out who we have as a football team.”

Too bad. We’d have loved to see Newton and Rivera give it one last go together. Instead, the Redskins traded for Kyle Allen — bringing him from Carolina to Washington.