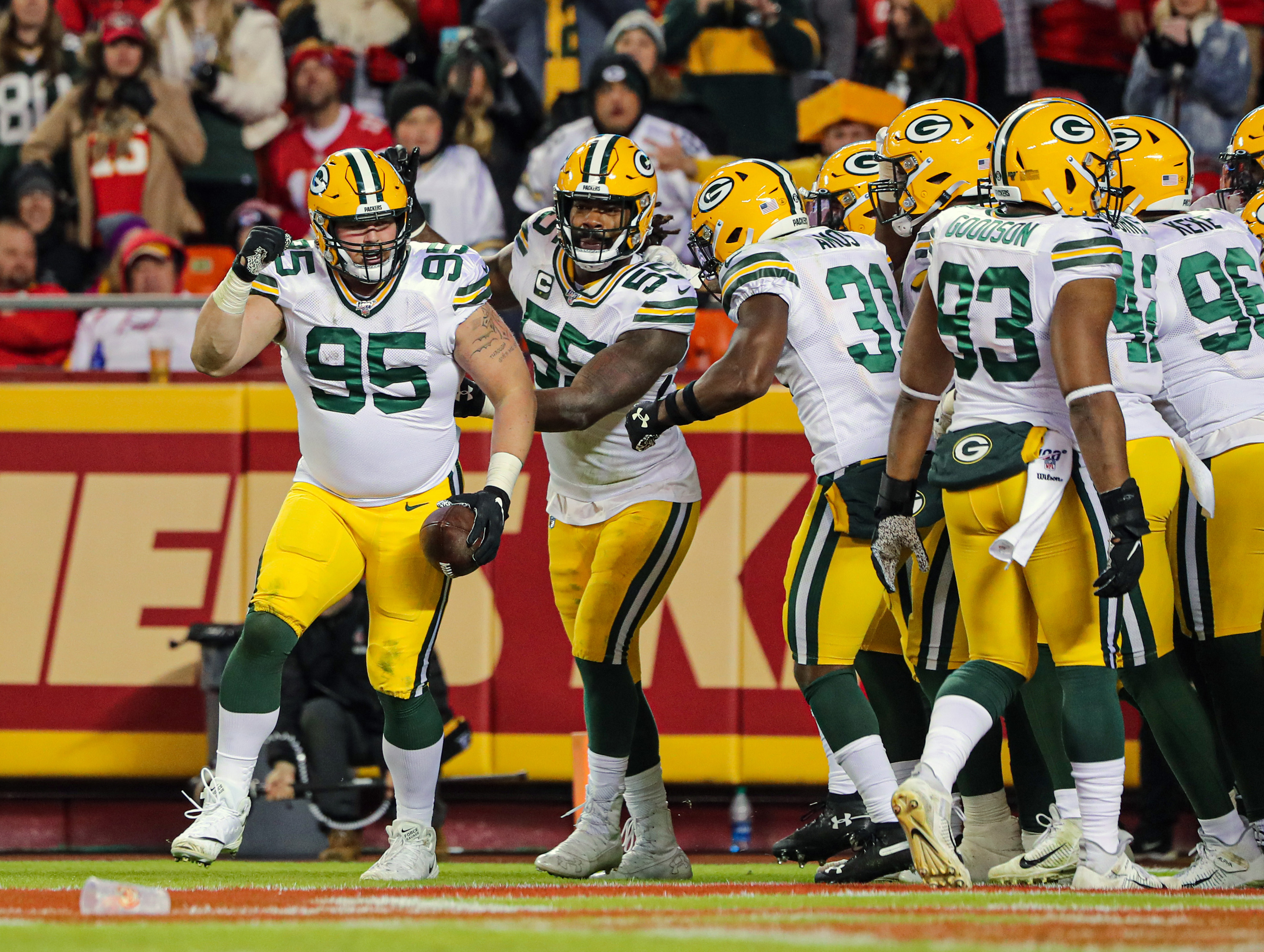 Green Bay doesn’t have much cap space remaining to add more free agents, although they can still free up some more cap room by trading or releasing G Lane Taylor.

Here is a look at the Packers biggest needs after the first wave of free agency:

The Packers still need to add a receiver or two to improve this unit. Davante Adams remains an elite wide receiver, but the team still needs an upgrade here.

As of now, Funchess would be the likely starter at WR 2 with Allen Lazard the favorite to be the third receiver.

Expect Packers GM Brian Gutekunst to add a receiver in the first few rounds of the draft and then another on day three. Because of the depth available in this year’s draft, the Packers may wait until after the first round to take a player here.

Yes, the Packers signed Wagner as a free agent, but it’s only a two-year deal and the former Lions tackle will be 31 in October and is unlikely to be with the Packers for more than a year or two.

While the Pack has some options on the roster, expect Gutekunst to add an offensive tackle in one of the first three rounds of the draft to be the eventual successor to Bulaga and Wagner at the right tackle spot.

Meanwhile, starting left tackle David Bakhtiari’s contract expires at the end of the 2020 season. Unless the Packers sign Bakhtiari to an extension, they need to select an heir apparent on the left side as well.

The Packers are seemingly set at this position for 2020, but after that there are some question marks. Starter Kevin King’s contract expires after next season and it’s not clear that the Packers will opt to re-sign him. His performance next season will go a long way to determining that.

Meanwhile, last year’s nickel corner, Tramon Williams, is still unsigned and may not be back this year. Even if the Packers bring Williams back in 2020, he’s 37 years old and may not have more than one more season left in his career.

By drafting a cornerback this season, the Packers will give him a year to acclimate to life in the NFL and have him ready to start in 2021 if necessary. Either way, the Packers need to add some depth and youth at this position in this year’s draft.

The Packers lost both starters from last season in free agency but added former Browns ILB Christian Kirksey. Kirksey signed a two-year deal to join the Packers but has only played in nine total games in the last two seasons due to injury.

Green Bay lacks experienced alternatives to Kirksey on the roster. Oren Burks only has four career starts in his two seasons with the Pack and none of them came last season. Ty Summers and Curtis Bolton have yet to start any NFL games between them.

The Packers will need to add depth at this position. Because the team doesn’t emphasize ILB, they will probably wait until the third day of the draft to add one although if a highly regarded player somehow slips to the Packers at 30 in the first round, anything is possible.

The Packers are looking to improve this position as well after struggling to stop the run last season. Again, Mike Pettine’s defense places a premium on rushing the passer and limiting the passing game, but the lack of run defense really hurt the Packers last season, especially in the NFC Championship Game.

Kenny Clark is by far Green Bay’s best defensive lineman, but his contract expires after the 2020 season. Gutekunst will be looking to sign him to an extension. The Packers are hoping Kingsley Keke and Montravius Adams take a step forward and they still have last year’s starters, Tyler Lancaster and Dean Lowry available on the roster.

Expect that Pack to add a player or two to bolster the talent level and depth at this position on the third day of the draft this year.