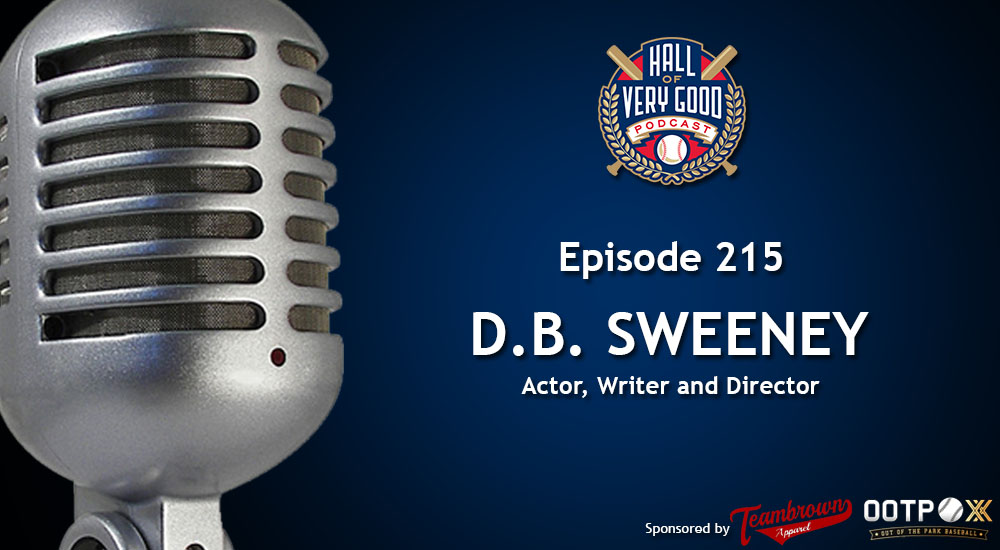 This week, Shawn Anderson and Lou Olsen are joined by D.B. Sweeney.

The actor, writer and director talks to the boys about preparing to play “Shoeless” Joe Jackson in “Eight Men Out”, how he hoped starring in “Fire in the Sky” would lead to a role as Spiderman for James Cameron, the best advice he’s ever gotten if confronted by two alligators, when to use a stunt double (and when not to) and, of course, working alongside Sean Astin in his new short film “Two Dum Micks”.