Your Morning Dump... Where the league's looking at Vegas 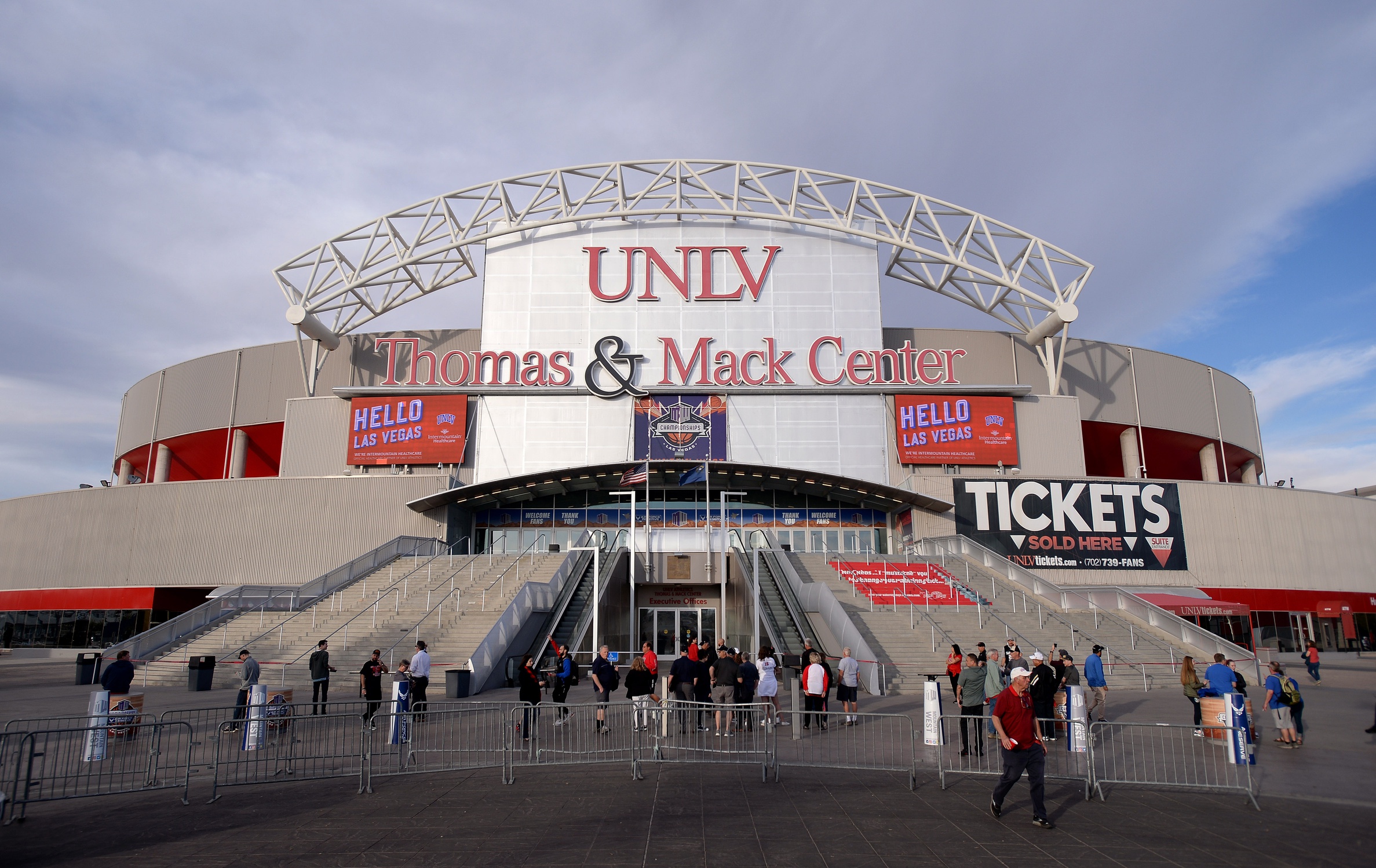 Your Morning Dump... Where the league's looking at Vegas

An NBA spokesperson told CNBC the league has considered many “scenarios” but is not close to rolling out a plan. When asked if the NBA would pick up where it left off or jump into the postseason, Silver said he didn’t have “a good enough sense of how long a period this is going to be” to give a definite answer.

The NBA could decide to cancel the remainder of its regular season and create a play-in tournament for lower-seeded teams to enter the postseason. The league could then set up a best-of-five series for the first round, before moving to a one-and-done tournament to determine the two teams that will play in the NBA Finals, which would also be a best-of-five, people familiar with the planning said.

The tournament and NBA Finals would be held in Las Vegas at the Thomas & Mack Center and Cox Pavilion, where the league hosts its annual Summer League events.

The league’s comfort with UNLV would be an advantage. The NBA has two games going on simultaneously at the school’s two adjacent gyms during summer league, which means they could likely do the same in this scenario. If issues surrounding player and public health and safety can be answered, the league can dip into a known playbook for accommodations and travel.

The league would almost certainly need some sort of regular season to help players get back into NBA shape. The long, isolated break means players aren’t in basketball playing condition, and there would need to be a period of re-acclimation so players can avoid injuries.

Plans to resume the season in order to salvage some revenue seem to have coalesced around Las Vegas. The league, it seems, is prepared to resume play even if conditions are unfavorable in many–perhaps all–of the cities that host professional teams.

On the one hand, resuming the season, even in such a strange environment, could make for compelling television for individuals who are still more or less quarantined. But, on the other hand, it might come across as rather tone-deaf for the NBA to go to great lengths to create a bubble in which professional basketball can be played at a time when the death toll from COVID-19 is on everyone’s mind. I honestly don’t know how such a move would be perceived.

Page 2: Checking in with the young guys

“Early in the season, I put so much pressure on myself mentally,” Tatum said on Goodman’s “Good ‘N Plenty” podcast. “Obviously, I wanted to win. I wanted us to be a really good team, but I also thought about making the All-Star Game every day.”

Tatum recalled a particularly ugly performance in early November — more than two months before All-Star rosters came out — that made him fret.

“When I went 1-for-18 (against the Dallas Mavericks), I was in my head like: ‘Everybody is going to think about this one. I’m not going to make it.’ “

It’s sometimes easy to forget Tatum is a 22-year-old kid who can get caught up focusing on the wrong things. Fortunately for the Celtics, Tatum made the cut — and has been playing like a bona-fide All-Star ever since.

This is a refreshing bit of honesty—and a reminder that these guys are seldom forthright when asked questions during media availabilities before and after games.

Hopefully Tatum, in the course of describing his daily obsession with making the All-Star game, realized just how silly it was and can move on from it.

His first NBA start came against LeBron James and the Cleveland Cavaliers, a game in which Brown showed absolutely no nerves, anxiety or fear of James as he went on to score a then-career-high 19 points in what was his fifth game as a pro.

A legit case could be made that Brown should have been an All-Star this season, with some surmising a top-two record by the Celtics prior to the break would have been enough to get him in along with Kemba Walker and Jayson Tatum.

But it’s fitting that Brown’s time to shine will have to wait.

Because on many levels, that’s been the narrative surrounding his NBA career.

And while it would have certainly deterred some and disappointed others, it only drove Brown to continue working on his game, proving his naysayers wrong – including those who booed Celtics owner Wyc Grousbeck when he announced that Boston had selected Brown with the No. 3 pick in the 2016 NBA Draft.

Jaylen Brown is an interesting guy—he has an unusual combination of competitive fire and thoughtfulness which means he’d probably kick my ass in a game of one-on-one and then want to have an in-depth discussion of cultural constructs and how they reinforce stereotypes.

What I like about Jaylen is that he’s a team-first guy.

If basketball is like any kind of music, it’s like jazz. When one thinks of jazz, one tends to think of individual artists, guys like John Coltrane, Miles Davis, Dizzie Gillespie, Charlie Byrd, Charlie Parker, etc.

But the thing about good jazz is that a good jazz soloist needs to be part of a good jazz ensemble. It doesn’t matter how good you are on your own, you need a first rate ensemble behind you. And those guys have to be willing to let you have the spotlight because, for them, it’s not about the spotlight, it’s about the music.

Jaylen, like Marcus Smart, is about the music, not the attention. For them, at their best, achievement is measured in wins and playing basketball the Right Way

The NBA is planning a players-only NBA 2K tournament that will feature the league’s sharpest video gamers and it will be broadcast on ESPN, league sources told Yahoo Sports.

The league hopes to launch the event Friday, with the 16-player tournament lasting 10 days and including Utah Jazz All-Star Donovan Mitchell and four-time All-Star DeMarcus Cousins, among other big-name players, sources said.

With the sports landscape on pause due to the coronavirus pandemic and the federal government extending the social-distancing measure to at least April 30, the league has been forced to evaluate the safest way to bring basketball fans some action.

eSports is one area where my generation gap is showing.

I get the appeal of these games even though I am almost universally terrible at them. What I don’t understand is the appeal of watching someone else play them.

I suppose the attraction is greater for people who enjoy playing these games because they can better appreciate the skill on display, and in that respect, watching eSports might be like watching golf: To someone who has never golfed, what golfers do doesn’t look overly difficult.

Boston.com: Chad Finn: The games may be fake, but Sean Grande and Cedric Maxwell are really calling the action