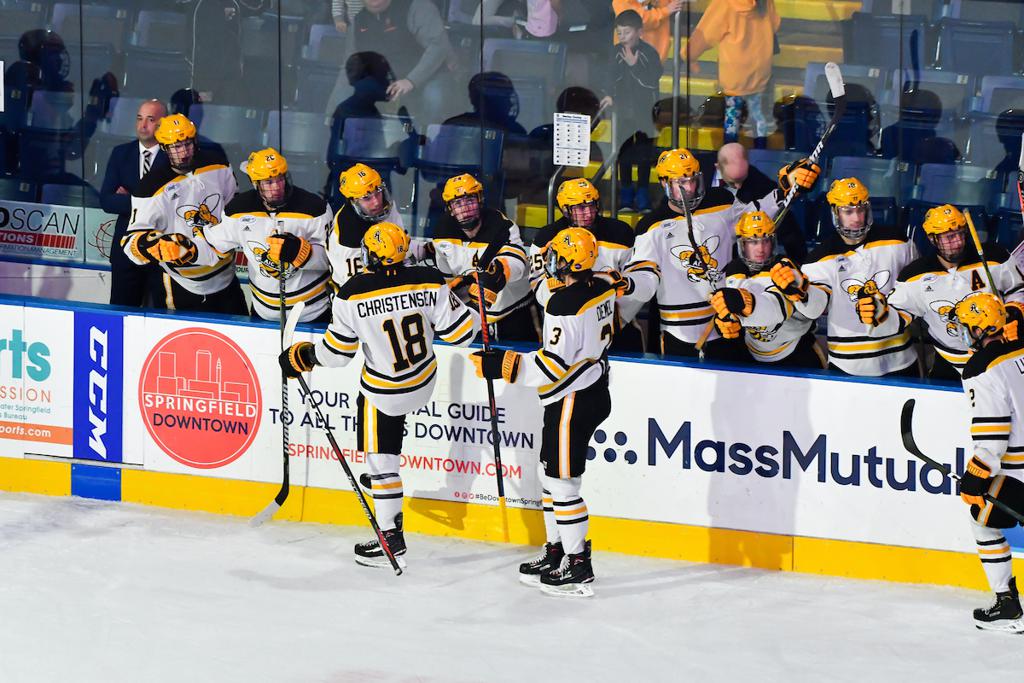 The games have stopped, but the business of hockey has not. The Bakersfield Condors, AHL affiliate of the Edmonton Oilers, have been hard at work in recent days. The Condors added three skaters from the NCAA, inking two from American International College and one from powerhouse Clarkson University.

The club signed LW Blake Christensen and D Janis Jaks from AIC to one-year AHL contracts. They followed that up with a two-year deal for Clarkson F Devin Brosseau.

The Condors know they will have competition up front next season. While the Oilers are churning out defensive prospects, the club has not had the same success drafting forwards. Although 2019 second-round pick Raphael Lavoie will likely be in Bakersfield next season, there’s not much else.

With the Oilers sitting at the max 50 contracts, the Condors needed to get creative to fill their holes up front. That’s exactly what they have done in recent days.

First, the club inked a pair from the AIC Yellow Jackets. AIC, known as American International College, is based out of Springfield, Massachusetts. They play at the MassMutual Center, sharing the building with the AHL’s Springfield Thunderbirds (Florida).

AIC got that automatic bid, winning the 2019 Atlantic Hockey Tournament. They entered the NCAA Tournament as major underdogs, but upset the top overall seed in St. Cloud State 2-1 in the opening game. Denver would end AIC’s season in the regional final.

Christensen is the all-time leader in scoring at AIC, collecting 119 career points (48-71-119) in 142 games played. As a junior, Christensen collected major accolades. He finished 5th nationally in scoring with 47 points and was named the first ever Division 1 All-American in AIC’s history. He led the club with 28 points in 34 games this past season.

Jaks, a Latvian native, collected 63 points (23-40-63) in 135 career games while patrolling the blueline. He was named to the 2019 Atlantic Hockey All-Tournament team. He’s also represented Latvia at three World Championships at the Division 1A level of the IIHF.

Brosseau was named a 2019-20 Third-Team ECAC Hockey All-Star, and was the 2019 ECAC Tournament MVP. He scored three points (2-1-3) in a 3-2 Championship victory over Cornell that spring.