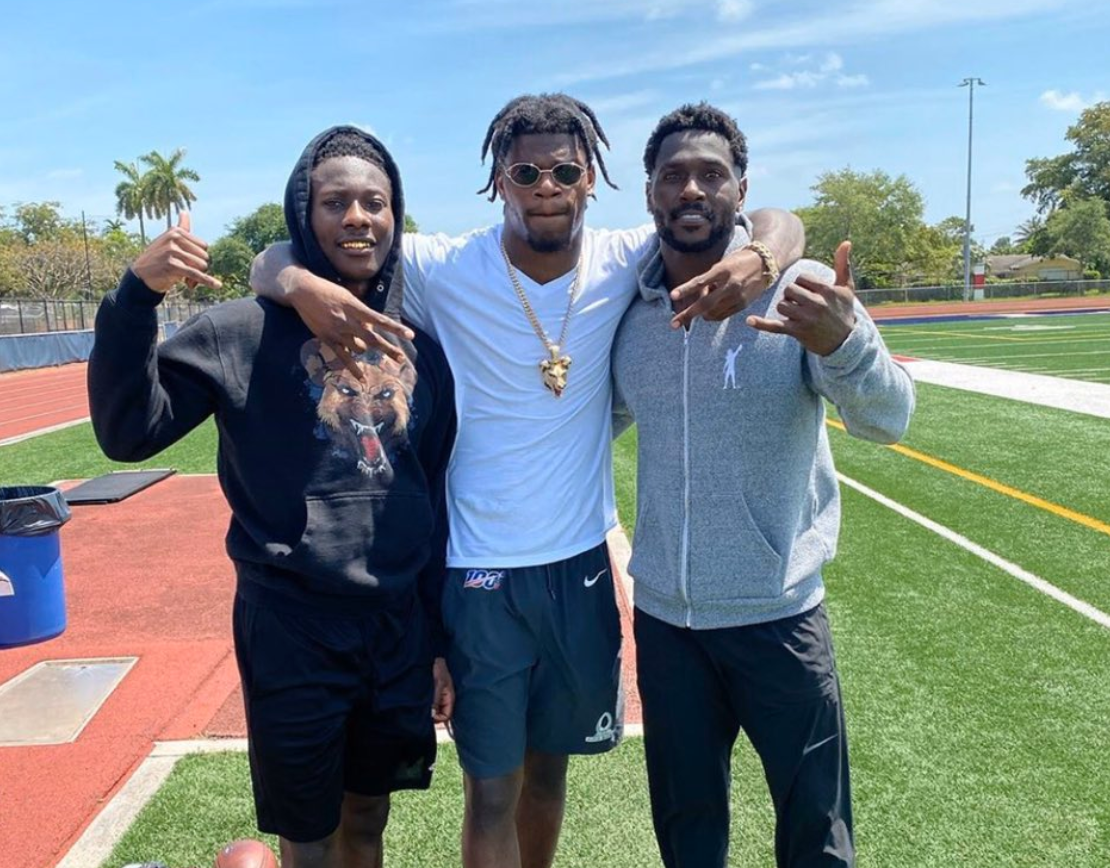 Antonio Brown is continuing to try to work his way back in the NFL, and on Wednesday, he hit the field with two other players in the league.

Brown is currently suspended indefinitely by the league, but he’s apparently trying to undo his wrongs, having apologized to former quarterback Ben Roethlisberger, and also stated that he’s taken the time off to get his mind right.

That doesn’t necessarily mean he’s truly ready to play in the NFL again, nor does it mean a team would take a flyer on him.

In the meantime, he’s staying in peak shape, and he hit the field with Ravens quarterback Lamar Jackson, and wide receiver Marquise “Hollywood” Brown.

ERIC DECOSTA PLEASE MAKE THIS HAPPEN THE LEAGUE WOULD BE IN TROUBLE ‼️🔥 pic.twitter.com/JhznxyFwmv

It doesn’t look like they were social distancing, does it?