The Alternate Universe: Phillies at Mets 4-1-20 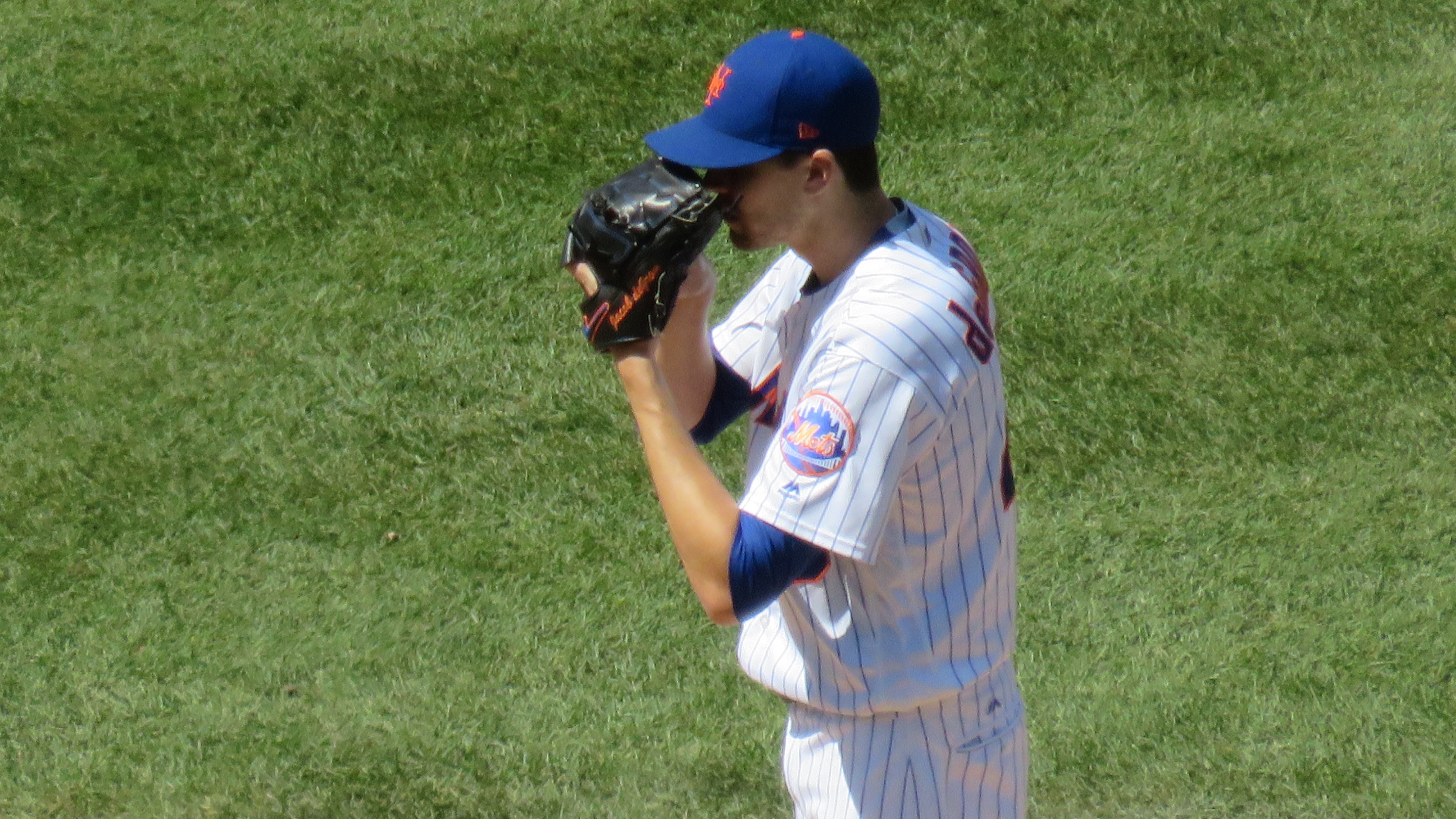 The Alternate Universe: Phillies at Mets 4-1-20

If anyone can handle the perceived pressure of a media-hyped (with good reason) showdown with Zack Wheeler, it’s Jacob deGrom. deGrom certainly hasn’t shown any inclination towards feeding this fire, and Wheeler has been deftly staying away from stoking the fires from his earlier back and forth with Brodie. So this “businessman’s special” is, amazingly, just going to be about baseball.

Besides, deGrom’s problem isn’t Wheeler, it’s Bryce Harper, who has eight home runs already in this first week of baseball. He’s hitting .250, but his slugging is through the roof with all the home runs. deGrom certainly doesn’t want to lose this matchup because of one bad pitch. And early on, it didn’t seem as if he was going to have to worry about that. Jean Segura and JT Realmuto flied out early in the count to set up an 11 pitch at-bat with Harper, which deGrom won by striking him out on an inside corner fastball at the knees. If ever a perfect pitch existed, that would be the one.

Wheeler did his part. Other than a fourth inning two run home run to Wilson Ramos, Wheeler was solid through six innings, striking out 10 and walking three with the Ramos home run being the only hit he gave up. Meanwhile, deGrom ran into problems in the fifth inning, giving up an RBI single to Segura to make it 2-1 before walking Realmuto to load the bases for Harper. Harper sent a screaming liner to the gap which threatened to make it a 4-2 game, but then we found out why Luis Rojas wanted Jake Marisnick in for deGrom’s starts, as he made a head long dive to make an incredible catch to end the inning and save Jacob’s bacon.

With deGrom’s pitch count relatively low, Brodie didn’t feel the need to call in a pitching change from the dugout, so Jacob stayed in for the eighth after retiring the side in the sixth and seventh. After retiring Segura and Realmuto (deGrom did a great job keeping those two table setters in check), deGrom pitched very carefully to Harper after the hard hit screamer that Marisnick saved him on. Harper drew a nine pitch walk to bring up Rhys Hoskins. deGrom completed one of his main missions: don’t make that one bad pitch to Harper.

Problem was, that first pitch to Hoskins was his worst of the day …

“I wanted it up, but it drifted towards the belt and it was a touch outside, right where he likes it and he put it in the stands. Certainly not what I wanted.” -Jacob deGrom

“Jacob will throw maybe three hittable pitches in a game, and I was lucky to get one of them. But that’s what happens when you have somebody ahead of you as hot as Harper. As long as people are being careful with him, I’m going to see more of these pitches.” -Rhys Hoskins

deGrom has been owed a lot over the years, as he’s taken a lot of scoresheet L’s for stellar outings. The Mets really owed him one, and they gave it to him. Adam Morgan was brought in to face Brandon Nimmo and Jeff McNeil, and struck them both out. But remember that Morgan now has to face a minimum of three batters, which means he had to face Pete Alonso. Probably no better time for Alonso to hit his first home run of the year … to help erase an L for deGrom, and to shut up Sal Licata who has been beating the “what’s wrong with Alonso” drum even though he’s hitting close to .300, because he hadn’t gone deep. Alonso erased all of that with a second deck home run to tie the game 3-3.

Rojas (or Brodie, depending on what you believe) brought in Jeurys Familia instead of Edwin Diaz for the ninth, and Familia has been good this season when he’s been in. With the bottom of the lineup coming up, it made a little sense to bring in Familia instead of Diaz, saving him for a potential 10th inning. But the move backfired as Josh Harrison sent one to the corner and barely went over the wall to give the Phillies a 4-3 lead, which they would not relinquish in the bottom of the ninth. With Diaz being rested, it was a head scratching move, especially with Harrison being a classic Mets killer, hitting .304 against them coming into this season. Yes, you want your best against the top of the lineup, but this is one of those times where you play for now and worry about the 10th inning later.

The Mets are now 3-3, and at this point I can’t tell if they should be better or worse.