Why Brandon Aiyuk makes sense for the Eagles 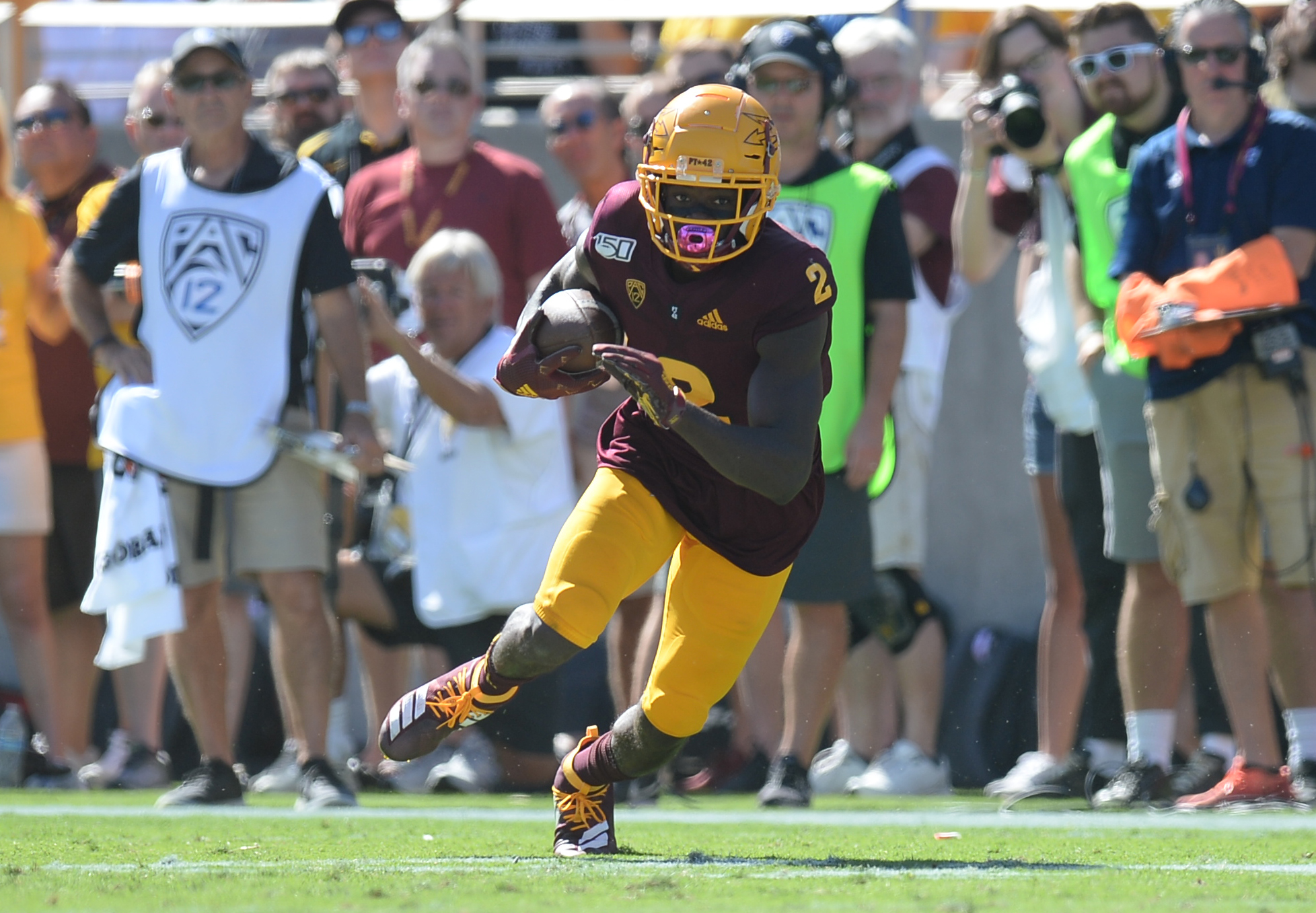 Why Brandon Aiyuk makes sense for the Eagles

Without those three wideouts, quarterback Carson Wentz was throwing to Greg Ward Jr., J.J. Arcega-Whiteside, Josh Perkins, Robert Davis, and Deontay Burnett. The ragtag group of receivers stepped up down the stretch and proved that they deserve a chance to be in the NFL.

However, while it was fun to see Ward make a name for himself last season. The Eagles cannot solely depend on him or Arcega-Whiteside as their top wide receivers this upcoming season.

Therefore, they must make a concerted effort to draft a wide receiver within the first two rounds of the 2020 NFL Draft. Luckily for them and other wide receiver needy teams, this draft class is loaded with playmakers.

In regards to the Eagles, they need to find a wideout, who is fast and/or can get separation. Currently, their only vertical option at wide receiver is a 33-year-old DeSean Jackson.

Jackson missed the majority of the season with a core muscle injury, which hampered the Eagles’ passing game severely. Even though he is healthy now, Philadelphia can’t put all their eggs into his basket in 2020.

That being said, one wide receiver who makes sense for the Eagles within the first two rounds is Arizona State’s Brandon Aiyuk.

In his first season at ASU, Aiyuk had 33 receptions for 474 yards and three touchdowns. Additionally, the Reno, Nev. native averaged 22.6 kick return yards and handled punt return duties for the Sun Devils.

During that season, Aiyuk finished second in receiving behind N’Keal Harry, who was drafted by the New England Patriots in the first round of the 2019 NFL Draft.

Speaking of Harry, who is more of a possession wide receiver, Aiyuk can stretch the field, which was on full display in 2019.

The dynamic wideout had a breakout senior campaign, recording 65 receptions for 1,192 yards (18.3 yards per catch) and eight touchdowns. In addition to that, Aiyuk averaged 31.9 kick return yards, 16.1 punt return yards, and a touchdown.

With those types of stats, the former JUCO standout was named to the Associated Press’ All-American third-team and All Pac-12’s first-team.

However, the stats only tell one side of Aiyuk’s skillset. When you search his video cut-ups on YouTube, the first thing that stands out is footwork.

In the gif below, Aiyuk’s used his route-running skills to shake loose the Michigan State defensive back, who was playing off coverage for a massive gain.

Aforementioned, while Aiyuk won’t blow you away with his speed like K.J. Hamler, Henry Ruggs, and Jalen Reagor do. He can still stretch the field in a variety of ways (slants, drags, and bubble screens).

At the NFL combine, he ran a 4.5 40-yard dash, which isn’t bad for a wide receiver, who relies upon his catching and route running to make plays.

NFL.com draft analyst Lance Zierlein gave Aiyuk a 6.38 grade, meaning he will be a starter in two seasons. He also compared him to Los Angeles Rams receiver Robert Woods and could develop into a WR3.

If that’s the case, the Eagles should consider taking a chance on Aiyuk. He would give them another wide receiver who could feast on yards after the catch and fill the void left by Agholor in the slot.