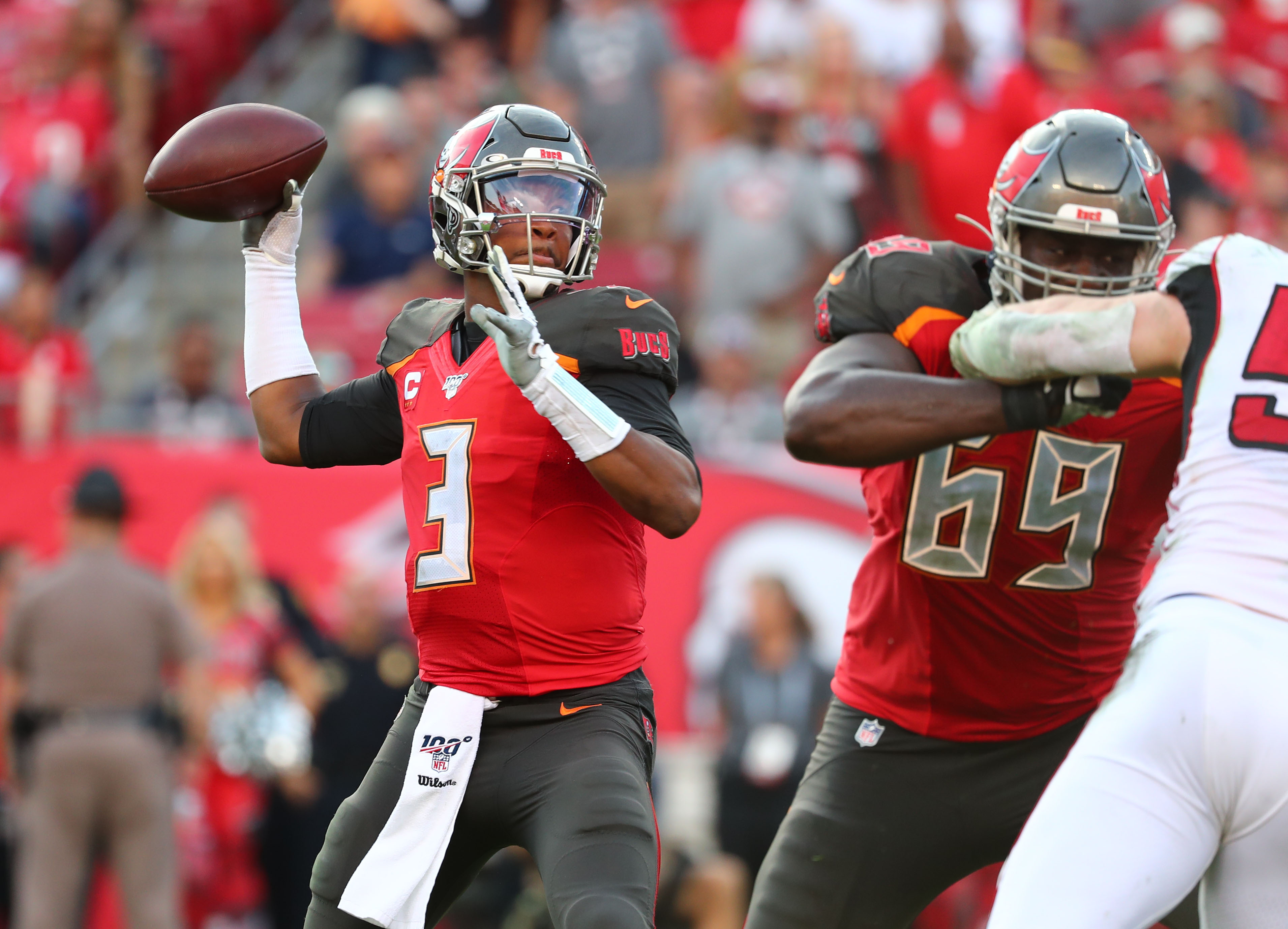 Jameis Winston became the first NFL quarterback ever to join the 30/30 club — throwing at least 30 touchdowns and 30 interceptions in the same season — and one of his former coaches is taking some of the blame.

The Bucs selected Winston with the first overall pick in the 2015 NFL Draft, but he never failed to develop into the quarterback they hoped he’d become. His arm strength and ability to keep places alive allow big plays to happen, but he gives them back in the form of sacks and turnovers, struggling with footwork issues as well.

Winston remains unsigned, and it’s unclear which team will take a flyer on him in the future, as the free-agent quarterback market has already thinned out. In the meantime, Bucs quarterback coach Clyde Christensen, who worked with Winston, feels like he “failed” the veteran signal-caller.

“I love Jameis Winston, I loved every minute working with Jameis Winston. I really believe he’s going to get the right chance at the right place,” Christensen said, via Pewter Report. “Maybe like Ryan Tannehill where it takes backing up, who knows what the scenario will be? But he will rise to the top. I think he’s a starting, upper-echelon quarterback in this NFL and I do think he’s going to get these interceptions under control a little bit.

“In some ways I feel like I failed him a little bit,” he added about Winston. “As a coach you take that personal. I didn’t get it done; I didn’t help this kid. This kid’s better than 30 interceptions, and we didn’t get that done and that I’ll have to live with.”

Christensen will be getting quite the upgrade going forward, as he’ll have the benefit of working with arguably the greatest quarterback of all time in Tom Brady. He won’t “fail” the GOAT.