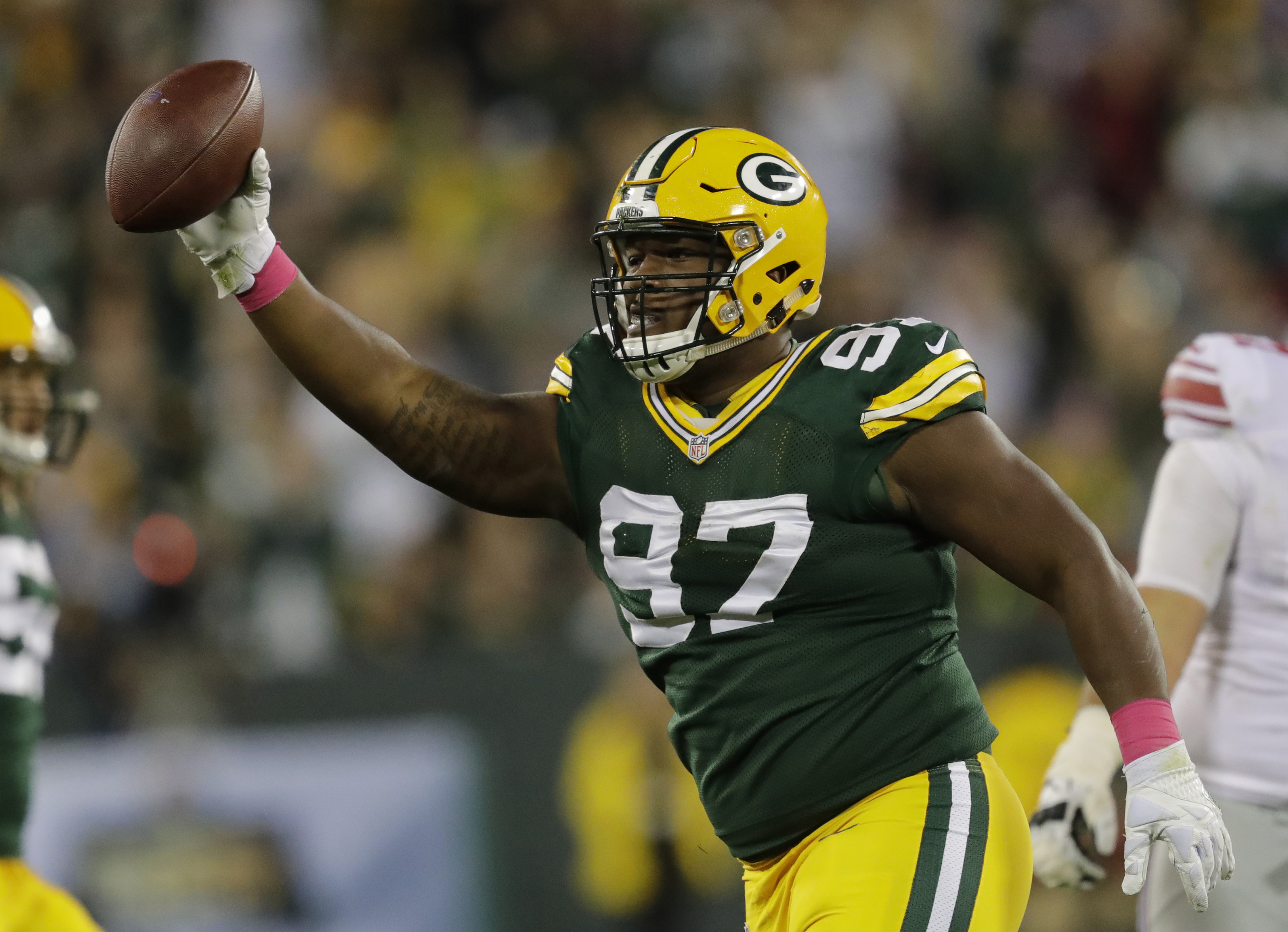 Clark is a rare talent among interior defensive linemen. He is talented enough to clog up the middle of the opposition’s offensive line, he can penetrate to stop the run and he gets solid pressure up the middle when rushing the quarterback. While so many interior defensive linemen come off the field in obvious passing situations, Clark remains on the field and makes a difference when rushing the passer.

The Packers pass rush and run defense would take a significant hit if Clark wasn’t in the Green Bay lineup.

Here are five reasons the Packers should sign Kenny Clark to a contract extension as soon as possible rather than waiting until his contract expires next March:

1. Signing Clark To an Extension Could Free Up Some Cap Space

If the Packers ink Clark to a multi-year contract extension, they could free up some cap space in the short term.

Clark is set to cost the Packers approximately $7.69 million against the cap in 2020 according to spotrac.com. If the Packers sign Clark to a long-term deal with a hefty signing bonus, the signing bonus portion of the contract can be spread out over the length of the contract. The result would be reducing Clark’s 2020 cap hit and giving the Packers the ability to sign another free agent or acquire a key player via a trade that they presently aren’t able to afford.

2. It Will Keep the Packers from Having to Use the Franchise Tag on Clark

No NFL player likes playing under the franchise tag. The average NFL career is a little more than three years and on each play of his career, a football player risks a career ending or even life-altering injury.

Even good players have one or at most two chances at a big money contract. The franchise tag prevents Clark from seeking that big contract and gives him no security in the event of injury or if he has a poor season.

Players tend to get angry and disappointed when they are franchise tagged. That often leads to poor attitudes and the franchised player can become a problem in the locker room. That attitude can become contagious and disrupt the chemistry of a team.

The Packers don’t want Clark to be disappointed, frustrated or bitter. They want him at his best this season and beyond.

3. The Franchise Tag Is Expensive

It costs a lot of money to tag a player and because the franchise tag is a one-year deal, teams cannot spread the cost of the contract out over several years.

If Clark is considered a defensive tackle, the 2020 cap number to franchise tag him would be $16.126 million. If he is designated a defensive end, that number goes up to $17.788 million.

Either way, Clark’s cap number would more than double next season if the Pack had to tag him. Because of some of the team’s big free agent signings from a year ago and Aaron Rodgers’ big contract, the team is already expected to have less cap room in 2021 than many other teams.

Signing Clark to a multi-year extension would give the Packers more cap space in 2021 and beyond.

One thing we’ve seen in Green Bay over the years is a reluctance by GMs Ted Thompson and Brian Gutekunst to re-sign potential free agents once they approach or pass their 30th birthday.

Clark has already played four seasons for the Packers, but he’s still young. The former UCLA star will only turn 25 this October. If the Packers sign him to a five-year extension, he will still turn just 31 during the final year of the deal.

By signing Clark to a multi-year deal now, they would lock up their best defensive lineman through his prime.

5. It Allows the Packers to Tag David Bakhtiari if Necessary

The Packers have two key players with expiring contracts after the 2020 season in Clark and starting left tackle David Bakhtiari. If the Packers sign Clark to an extension first, it gives them more flexibility with Bakhtiari.

The All-Pro left tackle will be 29 in September and is four years older than Clark. If the Packers are going to use the franchise tag on one of them, it makes more sense to do it with Bakhtiari who the team may be more wary of signing to a long-term extension because of his age.

By signing Clark to a new contract, Gutekunst would have the ability to keep both Clark and Bakhtiari in 2021 and possibly beyond if he can reach an agreement with his starting left tackle as well.

The Packers should sign Clark to a new deal before the start of the 2020 season. It makes too much sense not to.