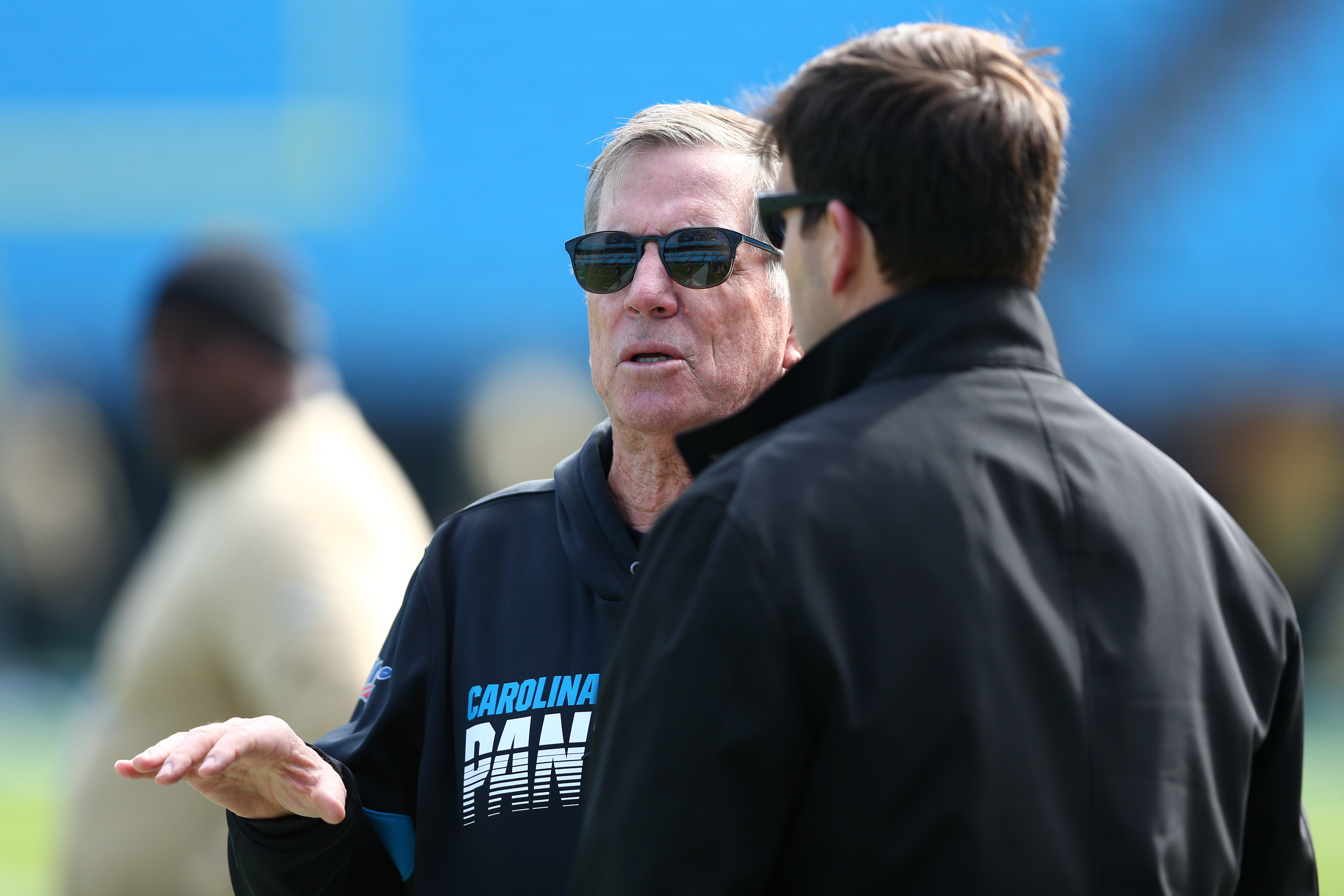 The Carolina Panthers selected quarterback Cam Newton with the first overall pick in the 2009 NFL Draft, and he was the team’s franchise signal-caller entering every year from then on.

But those days are now over, as the team looks to completely blow up its roster in a massive rebuild, with a new coaching staff in place.

Gone is Newton, while Teddy Bridgewater has been signed to be the team’s quarterback going forward. It’s possible that the veteran signal-caller could be viewed as a long-term bridge option, with the Panthers possibly drafting a quarterback this season, for head coach Matt Rhule to work with.

In the meantime, Bridgewater figures to be a capable starting quarterback for the Panthers, and the team’s general manager is certainly optimistic about what he can provide them with.

“He’s a very talented quarterback,” Hurney said, via the team’s official website. “I’ve always liked him. He’s got great feet in the pocket. I think he’s got good vision, a quick release. He’s got good accuracy.

“I think everybody you talk to, they talked about his leadership skills, and he’s got familiarity with [offensive coordinator] Joe Brady’s system since Joe was down there in New Orleans with him. He’s certainly a guy who’s overcome adversity and has, really if you look at it, he’s won everywhere he’s been, so we thought he’d be a good fit for us.”

Bridgewater hasn’t been viewed as a starting quarterback since suffering a brutal leg injury in 2016, so it will be interesting to see what he provides for the Panthers — especially given how bad their offensive line is — going forward.