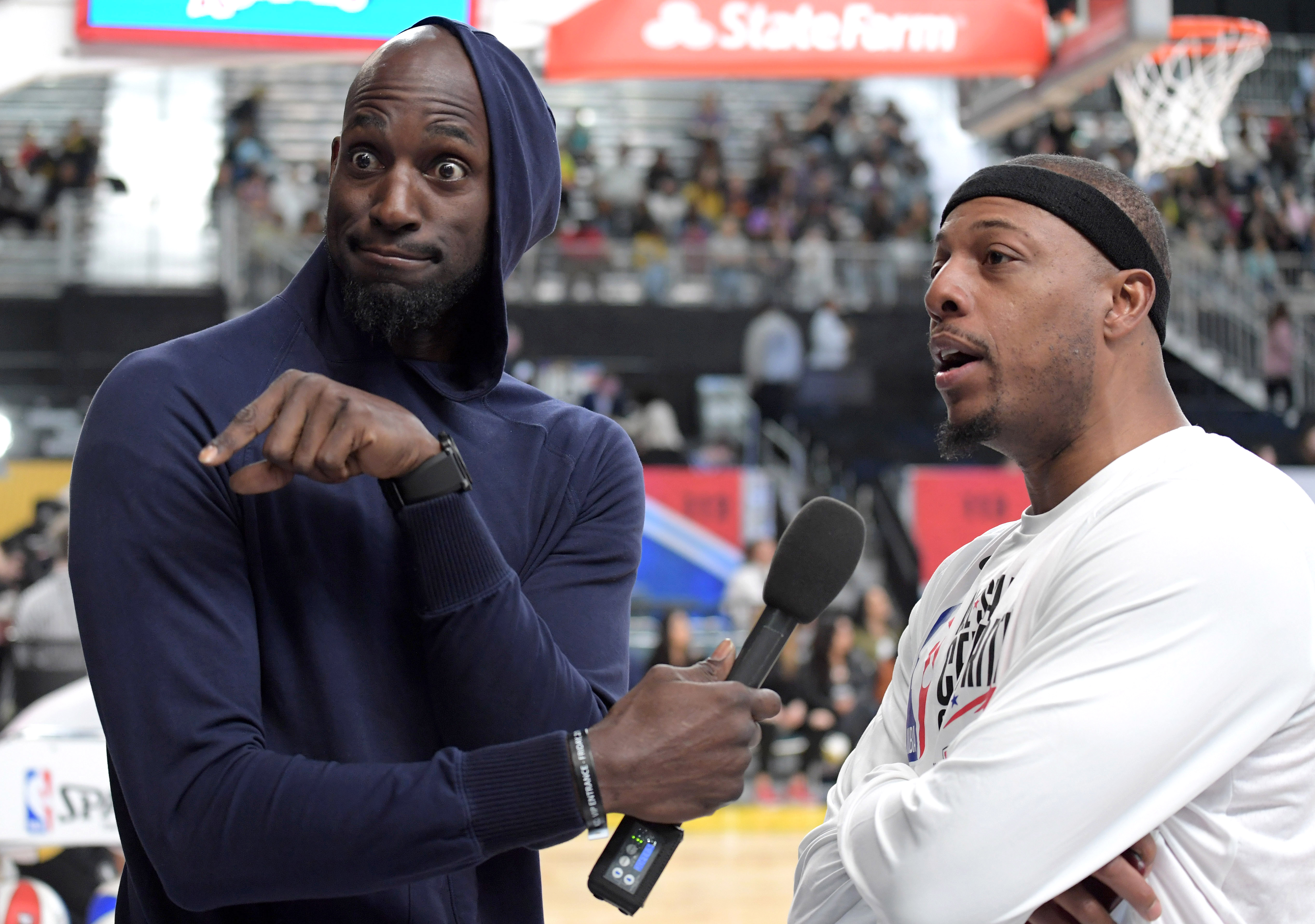 Kevin Garnett is one of the most recent inductees to the Hall of Fame, but doing expect him to be donning Timberwolves garb, or singing the organization’s praises, during his speech (whenever that happens).

Garnett played for the Timberwolves for the majority of his NBA career. The team drafted him with the fifth overall pick in 1995, and he remained there until 2007. He later spent the final two seasons of his career there after stints with the Nets and Celtics, probably with the intentions of having his jersey retired there.

But that clearly won’t be happening.

Not only does Garnett appear to be set on not having his jersey hanging from the rafters at Target Center, he also won’t be shaking hands with Timberwolves owner Glen Taylor anytime soon — or ever. He put Taylor on blast during a recent interview with Shams Charania of The Athletic.

“Glen knows where I’m at, I’m not entertaining it,” Garnett said. “First of all, it’s not genuine. Two, he’s getting pressure from a lot of fans and, I guess, the community there. Glen and I had an understanding before Flip (Saunders) died, and when Flip died, that understanding went with Flip. For that, I won’t forgive Glen. I won’t forgive him for that. I thought he was a straight up person, straight up business man, and when Flip died, everything went with him.”

KG doesn’t parse words, and he clearly didn’t there.